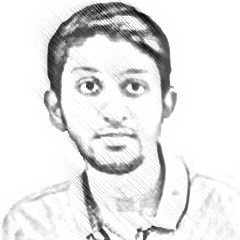 Of ego and pride

Kashmir, the land of the pure (Pakistan) and the land of festivals (India) share the saddest love story ever — both countries having proclaimed their yearning for Kashmir on countless occasions.

Kashmir, the heaven on earth, has many times faced hellfire over the years. Despite many UN resolutions, the Kashmir issue remains an open wound. As Pakistan and India fight for the right of exclusivity over Kashmir, like the epic tale of Helen of Troy, they seem to be destroying rather than protecting it.

Once you step on this wonderland, a whiff of cool breeze will envelop you — sweet yet laced with sadness. As gunshots echo, blood is endlessly tarnishing the soil that gives life and home. While the two nations are busy emptying magazines, they are ruining the beauty of Kashmir and forever disrespecting the land of their ancestors. These two countries who share the same past perhaps need a quick history lesson.

The Line of Control (LOC) between Pakistan and India is arguably the most volatile place in the world right now, and recent tensions in late 2016 have led to an even graver setting. India, stiff-necked, fails to accept Kashmir as an issue. Their ache for power and land has in a fresh wave of destruction led to many injuries and deaths which in turn has resulted in over taxing weeks in hospitals, especially in Ophthalmology wards, across Srinagar due to lead-pellet induced eye injuries to young kids and females.

Two of the world’s poorest countries, where more than half of the population lives under the poverty line have egos the size of an ox. Both are spending their reserves on military advancement while completely ignoring the fact that their citizens lack basic human necessities. The Kashmiris are to blame too. Their blame is that they were born in a land destined to fall between Pakistan and India.

You don’t have to go to the moon to know that it is not made up of green cheese. Similarly, Kashmir as a nuclear flash point is also aground reality,but the self-proclaimed champions of human rights and the world’s caretakers have proved time and again that they are suffering from a chronic case of amnesia when it comes to the Kashmir oppression. Perhaps Kashmir is not Paris, so let’s not cry.

One could argue that India will not relent its hold on the lands they are illegally occupying because they just do not want Pakistan to get it. The people of Kashmir want to join Pakistan, but because of pride, India would rather subject the Kashmiris to an intolerable situation than giving in to Pakistan.

The Indian government is also facing a hard time covering their disturbing act of trying to alter Kashmir’s demographic frame work by issuing domicile certificates to non-Kashmiri Hindus, thus enabling them to settle in Kashmir. The Modi government seems to be employing every tactic, how harrowing it may be, to manipulate the Kashmir plebiscite, whenever it happens.

The world needs to pay attention to the countless Kashmiri lives that have been lost to the iron fist policy of India. Kashmir is the world’s biggest open-airjail, and the agitation of the Kashmiri people is understandable. The resultant unrest has provided India with an excuse of massive military deployment to which Pakistan has raised her voice in many international forums with limited reception because of aggressive Indian diplomacy on the involvement of Kashmiri liberation fighters.

However, the Indian claims of Pakistan harbouringmilitant outfits can finally be shunned by the recent house arrest of Hafiz Saeed, the Jamaat-ud-Dawa chief who is alleged by India to provoke violence in Kashmir. This is a policy decision on Pakistan’s behalf and proves her seriousness in resolving the Kashmir dispute through non-violence. India would do well to reciprocate to Pakistan’s progressive overtures.

An example to draw lessons from is the South China Sea dispute. This dispute has a number of stakeholders all interested in getting ownership of the waterways for trade, fishing opportunities and natural resources. This ancient dispute led to starvation as the Chinese and Filipino fishermen who were not able to fish due to political tensions. When Duterte stepped in as the president of Philippines in 2016, the South China Sea issue was set aside so the fishermen could fish again and feed their families. The Philippines did not surrender their claim on the South China Sea, neither did China. But the issue was sidelined for the sake of their people.

The resolution of the Kashmir issue requires pragmatic leadership from both nations and not just an alpha-male who is solely focused on proving his masculinity by playing to the right-wing audience at home. There needs to be compassion, communication and transparency from all sides. What Pakistan and India have achieved by decades of stubbornness could easily rest on an eyelash. All possible strategies have been employed: war, oppression, proxies and baits. Peace needs to be given a chance in Kashmir and the only thing yet to be tried is a long-awaited plebiscite.