All politicians are product of establishment, says Javed Hashmi 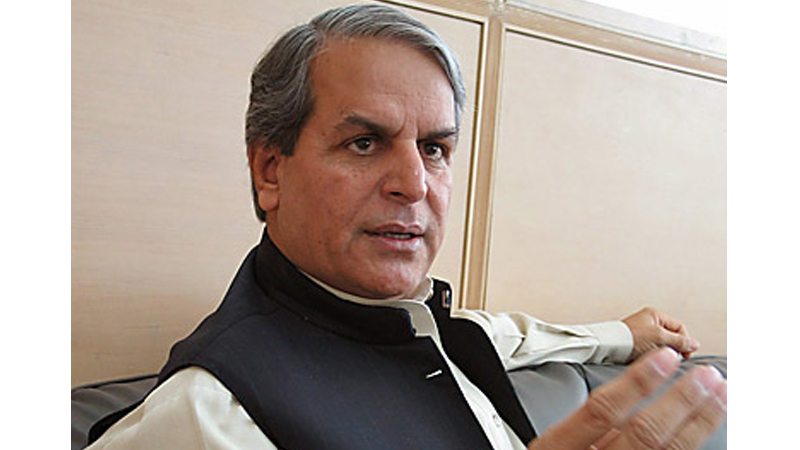 “All politicians are the product of establishment,” said the veteran politician and Pakistan Muslim League-Nawaz (PML-N) leader Makhdoom Javed Hashmi on Wednesday. Talking to journalists at his residence at PC colony Multan, Hashmi claimed that the tenure of present government will not last over two years owing to the internal differences within the ruling party. He reiterated that all his predictions at the time of 2014 sit-in were proved right.

“Nawaz Sharif is a revolutionary leader that is why he did not want to come out of prison,” said Hashmi. He said that Nawaz’s release from the jail was not the result of any “deal”. He further said that Nawaz Sharif did not want to come out of jail because he was not allowed to see his ailing wife in London. He praised Maryam Nawaz for being determined on her mission following the footsteps of Nawaz Sharif. He announced that Maryam Nawaz will unveil many facts after the chehlum of Kulsoom Nawaz.

Hashmi demanded across the board accountability for everyone including former army generals. “Why is it that only the politicians are supposed to show their assets? These generals should also declare their assets”, said Hashmi.

The PML-N leader also claimed that the ruling party’s very own members were enemies of each other owing to the groupings. “Look, there are more than five different factions in the ruling party and this internal division led to disqualification of Salman Naeem from PP-217,” Hashmi said.

Salman had defeated the incumbent Foreign Minister Shah Mehmood Qureshi in the last general elections at PP-217 seat of the Punjab Assembly.

The decision came in the wake of a petition filed by a local leader of PTI who highlighted that Salman was underage, hence deeming disqualifying him as a lawmaker.

Talking about the performance of National Accountability Bureau (NAB), Hashmi said that NAB has failed in his main objective of accountability. NAB is working in connivance with the thieves and cannot do accountability, Hashmi quoted the Chief Justice of Pakistan.

Drawing Chief Justice of Pakistan Justice Saqib Nisar into his line of fire, the PML-N leader said the top judge should stop collecting funds from the poor masses and instead provide speedy justice in the plethora of pending court cases.

Hashmi further alleged that Prime Minister Imran Khan told him that two army generals were part of the London Plan which led to the 2014 sit-in at Islamabad. He said that Imran Khan has formulated such a huge cabinet that he himself was not aware of the names of members. He said that all the members of cabinet and chief ministers were finalized by someone else. The price of gas and patrol has jolted the nation within the first forty days of the new government, he added.

Hashmi maintained that separate province was the right of people of South Punjab so this right should be given without any delay. “I am the protector of parliament till date”, said Hashmi but it should be kept in mind that parliament could not be run without opposition.