These steps and measures taken by the government have resulted in levying pressure on the welfare side of the tax payer in general, with severe pressure on lower and upper middle income groups specifically

Welfare and budget making are the two interlinked core concepts, determining the strength of the relationship between any government of a country and people living in that country. Approach of welfare which people look forward and expect from the government is the ease in cost of living. This cost of living is in the form of reduced taxation and provision of basic facilities to ensure minimum standards of living.

Whereas for a government this concept of welfare is dependent upon the approach it takes in making a budget in order to run affairs of the state, along with this welfare approach.

Prior to general elections in Pakistan all major political parties such as PTI, PPP and PML-N in their manifestoes talked about provision of welfare. PTI’s manifesto in this regard revolved around components of inclusive economic growth and social services by linking them to governance. Similarly, PPP focused on components of social services and re-building the economy which can work for all, and PML-N in its previous regime tried to come up with sustainable economic growth while building on the economic model more inclined towards infrastructure development.

Post-elections when PTI came into power, they narrowed down their agenda to short term goals in order to determine the long term agenda. Therefore, in this regard the 100 days’ agenda to set long term goals was put on the table. One of the key actions of these 100 days was to revisit the existing Finance Bill and amend it accordingly by setting targets for the end of fiscal year 2018-19.

Amended Finance Bill which was presented in the assembly was the road-map to clear many uncertainties but it didn’t work out for the government as was expected. There were some positive developments with results linked to long-run policies, whereas in some cases, the policy framework given is adversely affecting the middle income group.

In this amended finance bill, the government came up with some positive developments such as health initiatives. This included the initiation of a card scheme in the Federal Territory and FATA, which was first tested in Khyber Pakhtunkhwa. Similarly, a significant amount has been allocated for housing for middle income groups, in order to fulfil their promised mandate.

Another move which may significantly improve the revenue side is, taxation levied on parliamentarians. These minor amendments will sow the seeds of welfare, while more action may be taken in the long run. However, in the short term, these very people will be subjected to an increase in prices such as of gas, without any significant changes in the tax structure.

The existing Pakistani taxation system is more dependent on indirect taxes. Even after the bill was amended, there is no relief provided to the tax payer, who has been paying taxes already.

The only tax exemptions were provided to the dam fund collection. Furthermore the increase in tax on incomes above PKR 2,400,000 annually, will result in disposable income to reduce further. Similarly, on incomes between PKR 400,000 and 800,000, a fixed rate of PKR 1000, was maintained, as levied by the previous government’s last budget.

This PKR 1000, has a negative impact on the tax payer. For the particular annual income of PKR 400,000 – the decline in disposable income is significant. If a person was earning PKR 480,000 under a percentage system, the annual tax payable was PKR 600. This is calculated at the rate of PKR 50 per month, inclusive of all rebates. Only the changes in the income tax, reduce disposable income by a PKR 400 increase. Moreover, with indirect taxes, this decrease in disposable income becomes more significant.

Furthermore, when this tax structure is levied on the income group earning minimum wage; withholding taxes results in a significant decline of disposable income. Within this income group those earning PKR 15000 per month and below are the ones hit the most. The amended Finance Bill failed to answer these challenges, thus the core approach to welfare was left out.

Further looking at the prices in the amended Finance Bill, gas prices will witness significant increase. The government however claims that the pressure will mostly be on commercial users, where increase is up to 143 percent. However, looking at the bigger picture, the sufferers will mostly be consumers buying daily groceries such as bread and bakery items. Some bread manufacturers have already decreased the size of a loaf. Moreover, the consequences of increasing tax on gas, will lead to further inflation. Other impacts; will be in the form of a further decrease in disposable income for the domestic consumer, with the change in price ranging to a minimum of 10 percent to 143 percent.

These steps and measures taken by the government have resulted in levying pressure on the welfare side of the tax payer in general, with severe pressure on lower and upper middle income groups specifically. Further decline in disposable income may result in increased poverty for those earning below the minimum wage defined by law.

The amendments and steps taken by the PTI government while covering the revenue side, do not propose any reforms for the structural and administrative mechanics. Moreover, there is no mention of an improved management sector for public sector enterprises, which have been loss making entities for years now.

To carry on with business and running state affairs, the government needs to revisit the bill and take out those points where those paying taxes should not be made to bear the entire tax burden. Furthermore they should not be made to compensate for losses, due to non-tax payers and other non-payments. As promised in its manifesto, strict accountability should be ensured for those who are responsible for these losses in these public enterprises. This amended finance bill should bring in a mechanism that expands the tax base, and recovers from non-tax payers. This will not only help those who are paying taxes in the long run, but will also help achieve welfare through the budget. 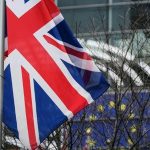 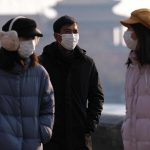