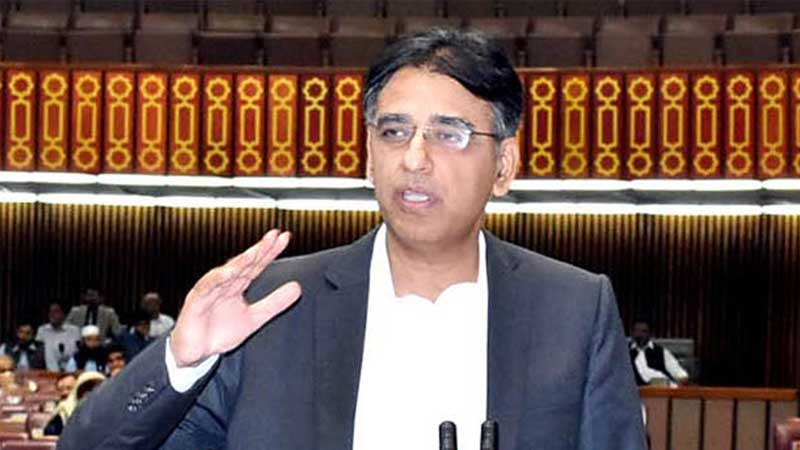 The Federal Minister for Finance Asad Umar said that the government is working to separate the tax policy and tax connection functions as part of tax reforms to facilitate the taxpayers.

While addressing the business community at Islamabad Chamber of Commerce & Industry (ICCI) after inaugurating the newly constructed Export Display Centre (EDC) building of ICCI, Asad Umar said that ICCI should develop a master Economic plan of Islamabad keeping in view the natural endowments of this region and share it with the government so that the available endowments of the region could be exploited for the economic development of Islamabad.

He said ICCI should also prepare recommendations to guide the government which types of industries should be set up in the planned Especial Economic Zone in Islamabad. However, he said that Islamabad has good potential for ICT industry as 27 higher education institutes were producing educated youth, including IT professionals in the federal capital.

Commenting on the state of economy in the country, he said “Pakistan’s economy is on ventilator, undergoing heart bypass surgery” as government is trying to improve its condition to give public relief.

In response to a question regarding meeting with International Monetary Fund (IMF) delegation, Asad Umar said that IMF and Pakistan officials are meeting as routine matter and that Pakistan does not intend to ask for any new loans from the global funding institution right now

Speaking at the occasion, Sheikh Amir Waheed, President, Islamabad Chamber of Commerce & Industry said that a new industrial estate was badly needed in Islamabad for industrialisation as there was no further space in the available industrial estates for setting up new industries. He urged that the government should provide suitable land in Islamabad for this project. He said almost 90 percent issues of trade and industry were related to CDA and government should appoint sitting President ICCI as member of CDA Board that would help in smooth resolution of key issues of business community. He also briefed the Federal Minister for Finance about the purpose of constructing Export Display Centre and hoped that it would contribute towards promoting exports of the region.