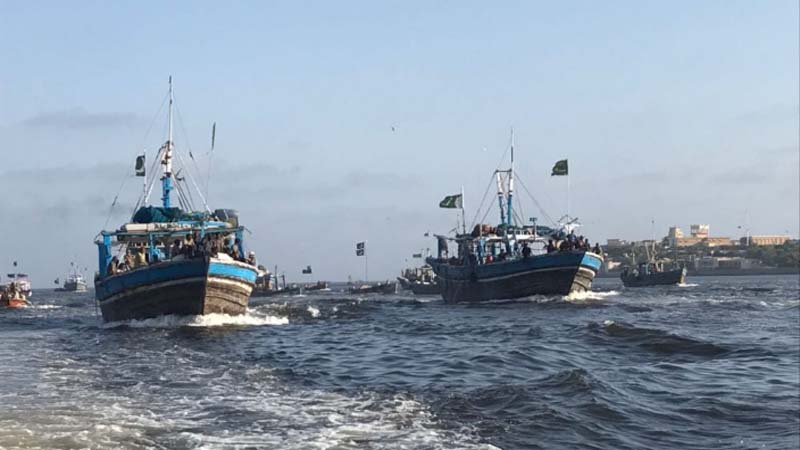 The World Maritime Day (WMD) is being annually celebrated under the ambit of International Maritime Organisation (IMO) in the last week of September. The IMO, for those who may not be aware, is the principal organ of the United Nations dealing with and coordinating all maritime related issues ranging from safety, security and environmental concerns to training standards of seafarers and even technical cooperation aspects. It is this organisation which, mindful of the massive contribution made by the international maritime industry in bolstering the global economy, instituted the World Maritime Day that has since become a regular annual feature in the calendar of all seafaring nations. The first time this day was celebrated was on 17 March 1978 to mark the 30thanniversary of the convention which created the IMOs parent organisation, the Intergovernmental Maritime Consultative Organisation. The member states have since swelled from 21 to 174 at present. Pakistan became member of IMO in 1958. As in 2018, IMO celebrates 70 years since 1948 when the Convention establishing the Organization was adopted. While commemorating the day, the IMO keeps highlighting a different aspect of its work each year. This day also serves as a reminder to all and sundry that a vibrant and sustainable blue economy is a boon to all mankind.

While the IMO picks a specific date during the last week of every September for its own celebration, it allows each individual government the flexibility to select its own date within the same week. This year IMO selected 27 September as the date for celebrating World Maritime Day. The IMO also chooses an appropriate theme each year to lay a suitable emphasis on. Taking a cue from last year’s theme about ‘Connecting Ships, Ports and People’ the current theme, much more ambitious, is about “IMO 70: Our Heritage – Better Shipping for a Better Future”. It is arguably for the first time that maritime nations are being thematically nudged into viewing the vital inter-connectivity between better shipping principal components that yield better future for countries in maritime sphere.

One cannot help notice that the broader term ‘better shipping’ has been used in lieu of the ubiquitous ‘seafarer’ as had earlier been the norm. The word ‘better shipping’ goes way beyond seafarer to encompass all those involved in the maritime industry in any way. As a matter of fact, all those participating in any manner for ‘better shipping’ robust cyclic activity have a valid claim for ‘better future’. This is not to say that the role of seafarers in the trade thriving at sea stands diminished. The contribution of seafarers for better shipping is unique in its own way. The seafarers spend long and lonely hours at sea but relentlessly battle despondency, human scourges and the elements at the same time in a bid to keep the wheels of world trade rolling along. The IMO had in fact singled out the seafarers for a signal honour by dedicating the year 2010 as the year of the seafarer, which also constituted the theme of that year’s World Maritime Day. A similar theme about the role of the seafarer in the globalisation process had also resounded some nine years earlier. The unique contribution made by seafarers to international seaborne trade, the world economy and civil society as a whole has also been recognised by the maritime fraternity of nations by designating 25 June as the day of the seafarer. The seafarers that overall contribute for better shipping abide by the International Convention on Standards of Training, Certification and Watch keeping for Seafarers(STCW). This convention was established on the needs of basic requirements on training, certification and watch keeping for seafarers on an international level. Previously the standards of training, certification and watch keeping of officers and ratings were established by individual governments, usually without reference to practices in other countries.

The STCW Convention spearheaded by the IMO in its endeavour to improve safety at sea, facilitate seaborne trade and protect the marine environment. The best known of these is the International Convention for the Safety of Life at Sea(SOLAS) which gave rise to the International Ship and Port Facility Security Code designed to tighten up maritime security in the wake of the 9/11 attacks. Similar to this effect, the International Convention for the Prevention of Pollution from Ships (MARPOL 73/78) is also made part of STCW that is significant for marine environmental protection and its primary objective is to minimize accidental and perhaps deliberate spillage of oil and other noxious substances in the sea.

This year’s WMD spotlights on the connectivity of above factors of better training and improvement in safety standards along with realization of marine environmental protection aspects to contribute in overall achieving better shipping standards. In Pakistan, Ministry of Maritime Affairs is the central administrative authority of the Government of Pakistan to facilitate the ports and shipping industry of Pakistan by providing policy guideline to encourage port development and growth in shipping while maintaining safety standards. Pakistan, being a coastal state is blessed with around 290,000 Sq Km combined sea area of Exclusive Economic Zone (EEZ) and extended Continental Shelf.

Pakistan Navy annually celebrates WMD to signify the contributions of International Maritime Industry in in world’s economy and to focus attention on the importance of shipping safety, maritime security and marine environment. This year also PN is organizing seminar on the topic of “Our Heritage – Better Shipping for a Better Future”to enlighten the civilian community, academia and specially the students on maritime aspects. In addition, various other activities like essay writing competitions, delivering of motivational lectures on career opportunities at sea & maritime potential of Pakistan and guided tours of Pakistan Maritime Museum for students of school and colleges are also organized.

To conclude, the World Maritime Day deserves to be enormously celebrated in Pakistan to create the rightful awareness about the imperative maritime environment. On this day, we may do well to take stock of our failings and limitations in the maritime domain, prior applying ourselves during the rest of the year in faithfully addressing these concerns. It is only after we carry out the much-needed restructuring and capacity-building of an industry which taken as a whole represents the largest slice of the global economy that we can think of taking our rightful place in the community of responsible maritime nations capable of fulfilling our international obligations and harnessing our maritime potential in a sustainable manner.