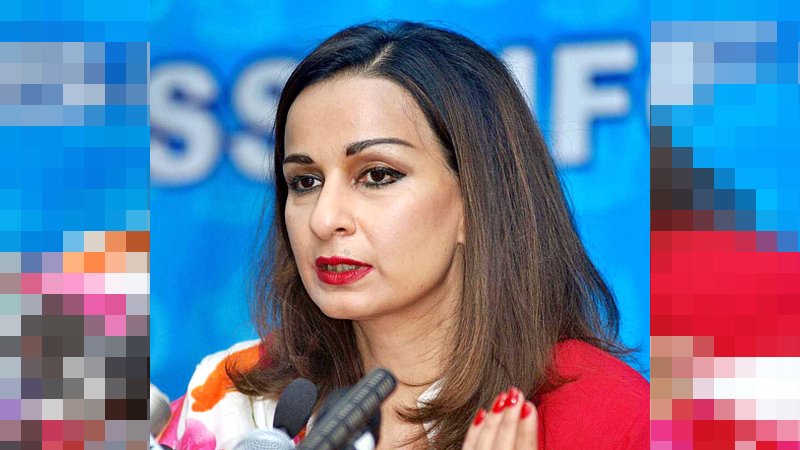 Former Leader of Opposition in Senate, Senator Sherry Rehman, expressed grave reservations about the mini-budget presented by the government and called it pedestrian and ambiguous.

“Pakistan’s economic situation is critical and the mini-budget does not even pretend to address the enormity of the crisis we are facing. After all the noise about bringing serious change, the actual plan presented fell seriously short of providing answers to the big questions that spell imminent danger to the economy as well as the big deficits, ruining the fundamentals,” said Rehman.

Criticising the government’s lack of clarity for its long-term economic plan, the Senator said, “The most crucial challenge, which is to reduce the country’s reliance on external borrowing, has not been addressed. Pakistan’s total external debt and liabilities now stand at $95 billion or 30% of the GDP which is dangerously unsustainable. It is alarming that to this day, we still have not heard what the government plans to do. How will the $9 billion needed to meet Pakistan’s current account deficit be financed? Will Pakistan knock on IMF’s doors again or rely on other means to reduce the country’s debts? This ambiguity is causing uncertainty in the markets”.

“It is time to go beyond theatrics and rhetoric. It took the government a lot of time to come up with what seems like a short-sighted plan with no clear indication as to where it intends to take the country. The announced mini-budget sounded more like a statement than a coherent strategy. Strangely, there was no mention as to how the circular debt issue will be tackled and how state enterprises will be put in order. How exactly do they plan to increase revenues and cut back expenses? Does the government have a clear blueprint for economic stimulation with regards to trade, investment and growth? How does the government intend to stimulate our exports? Increasing import tariff is not enough to stabilise our spiralling deficit” asked the Senator.

Referring to the proposed adjustments providing protection to non-filers by allowing them to resume buying property and automobiles, Rehman said, “The biggest disappointment was the message given to those who don’t pay taxes. This will not compel people to pay taxes, and ignores Pakistan’s fundamental challenge of widening the tax net”

“First, Pakistanis already have to bear the burden of increased utility prices, overburdening the same taxpayers will only discourage others to file. Simply increasing taxes for existing tax payers will not generate the revenue collection required to create noticeable change. Second, reversing the ban on non-tax payers from purchasing real estate and vehicles will encourage the black market and fuel inflation,” the Senator continued.

Rehman noted, “The government needs to take concrete steps to show that it is moving away from heavily relying on indirect taxes for revenue. PTI has voiced strong opposition against the imposition of indirect taxes by the previous government and has promised this in their manifesto. Unfortunately, the supplementary budget fell short on proving that. This could have also been an opportune time to propose measures that would broaden the tax net and expand the tax infrastructure. Considering that this is a necessary albeit massive undertaking, we heard nothing about it”.

Rehman pointed out, “It is also note-worthy that in order to meet the Rs 814 billion fiscal adjustment, the government decided to slash the development fund by Rs225 billion but added Rs234 billion to the non-development budget, therefore almost negating the effect of the development fund cut. This does not add up. PPP had to deal with a 3.1pc of GDP adjustment in our first year in office”.

“It’s about time they get out of campaigning mode and start governing. The government should focus on getting more people in the tax net and relieve pressure on the economy, not the opposite. Controversies, back-tracking on important issues and lack of clarity on matters that need a clear and strong stance have marked PTI’s government thus far. It is not a promising start. One can only hope that the government’s first five weeks in office do not indicate what the next five years will look like,” concluded PPP’s Vice-President.