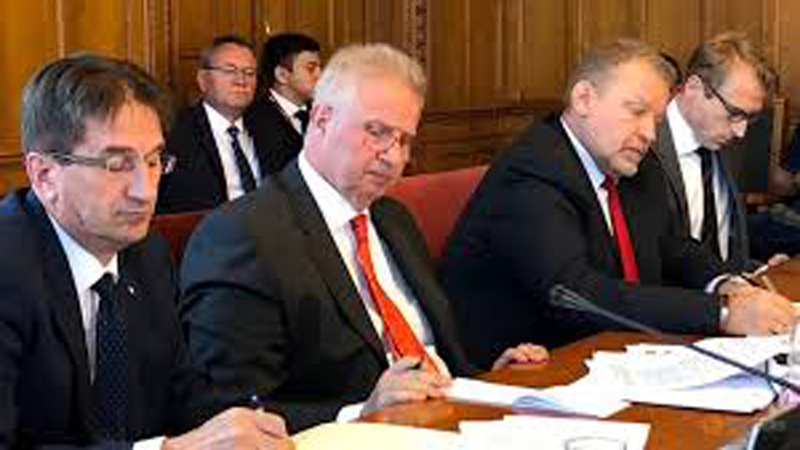 Hungary will set up a new system of courts by January 2020 to handle issues related to state administration but they will be independent of the government, the justice minister said on Thursday, amid EU concerns over the rule of law in the country.

The European Parliament voted last week to sanction Hungary for flouting EU rules on democracy, civil rights and corruption in an unprecedented step. Hungary said it would challenge the decision at the EU court.

Announcing the plan for the new administrative courts, Justice Minister Laszlo Trocsanyi dismissed concerns that the government would seek to pack them with judges loyal to Prime Minister Viktor Orban’s right-wing government. “We would like to set up a very effective administrative court system,” he told reporters on the sidelines of a judicial conference.

“I have to reject allegations that the government would select people (to be judges) who would pass favourable (decisions) for the government,” he said.

“When I took my oath in parliament, I swore I would strive to prepare bills… in compliance with the rule of law,” he added, stressing that the independence of judges was enshrined in the constitution.

Orban, who won his third consecutive four-year term in an April election on an anti-immigration platform, has clashed with the European Union over various issues, including curbs on media freedom and sending judges into early retirement.

Trocsanyi said public administration courts were part of the legal system in several EU countries, including Austria and France, adding that the new judges would be appointed on the basis of competitive exams where quality would be paramount. Hungary is still considering various models used for the appointment of judges, Trocsanyi said, adding that he thought the Austrian model – where the justice minister has a limited role in appointing judges – was “the closest to us”.