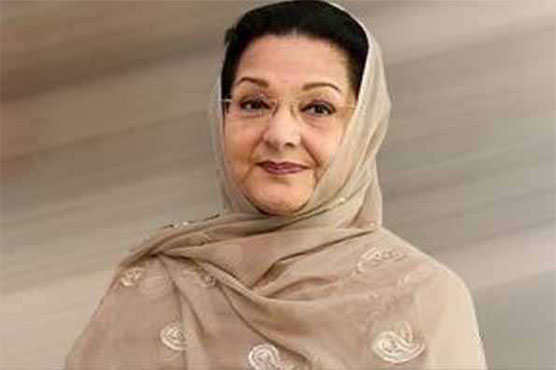 In 1999, when Pervaiz Musharaf overthrew the Nawaz government, Kulsoom Nawaz, an icon of democracy, resisted the dictatorship. A photo circulating on social media showed her car getting lifted by a crane during a protest against the martial law administrator.

Kulsoom Nawaz created the Alliance for the Restoration Of Democracy against the military regime. She was criticized by TV channels for faking ailment to gain a political advantage. Politician Aitzaz Ahsan said the hospital where Kulsoom underwent treatment was owned by the Sharifs, and that her illness was intended to manipulate General Elections 2018.

But her death proved the allegations wrong.

Fortunately, Prime Minister Imran khan directed the Foreign Ministry to take all possible steps to help the Sharif family in bringing Kulsoom Nawaz’s body to Lahore for burial. Khan referred to the former first lady as a ‘’brave woman.’’ The government also allowed Nawaz Sharif, Maryam Nawaz and Muhammad Safdar Awan on parole for four days, conveying the message of love and respect to all political parties.

The death of Kulsoom Nawaz is a loss for our country. History will never forget her struggle for democracy.

Raza Ullah Khan is a student of Law at Islamia College University, Peshawar. He can be reached at razaullah440@gmail.com.