Continuing its journey of clean and green Pakistan, Chitral Heritage and Environment Protection Society (CHEPS), a non-profit organisation based in Chitral Khyber Pakhtunkhwa, organised a clean-up drive at Shahi Qila Lahore. Over sixty students, all of whom hailed from Chitral, joined hands under the leadership of Rehmat Ali Jaffar Dost, Founder and Chairman CHEPS, to clean up all the litter spread across the fort of Lahore. The activity was fueled by the energy of Chitral Students’ Welfare Association, Lahore and by the presence of Sultan Wazir Khan, an elder from Chitral who kicked off the campaign by picking the first bundle of trash himself.

It was a typical Sunday with the Lahore fort flooded by families, many of whom brought along home cooked food. With the picnickers came piles of plastic bags, toffee rapper and bottles, which the breeze helped spread across the lawns. Around 3 p.m. members of CHEPS started arriving at the fort. They all sat in a circle and listened to Dost who shared the objective of the drive. “We are not here to clean up the litter”, Dost announced asserting that “we are here to fulfill the holy and ethical responsibility we owe to the mother land”. With plastic safety gloves and trash bags in hand, when the eco-scouts spread out in the fort, they cleaned up all the litter in half an hour time. 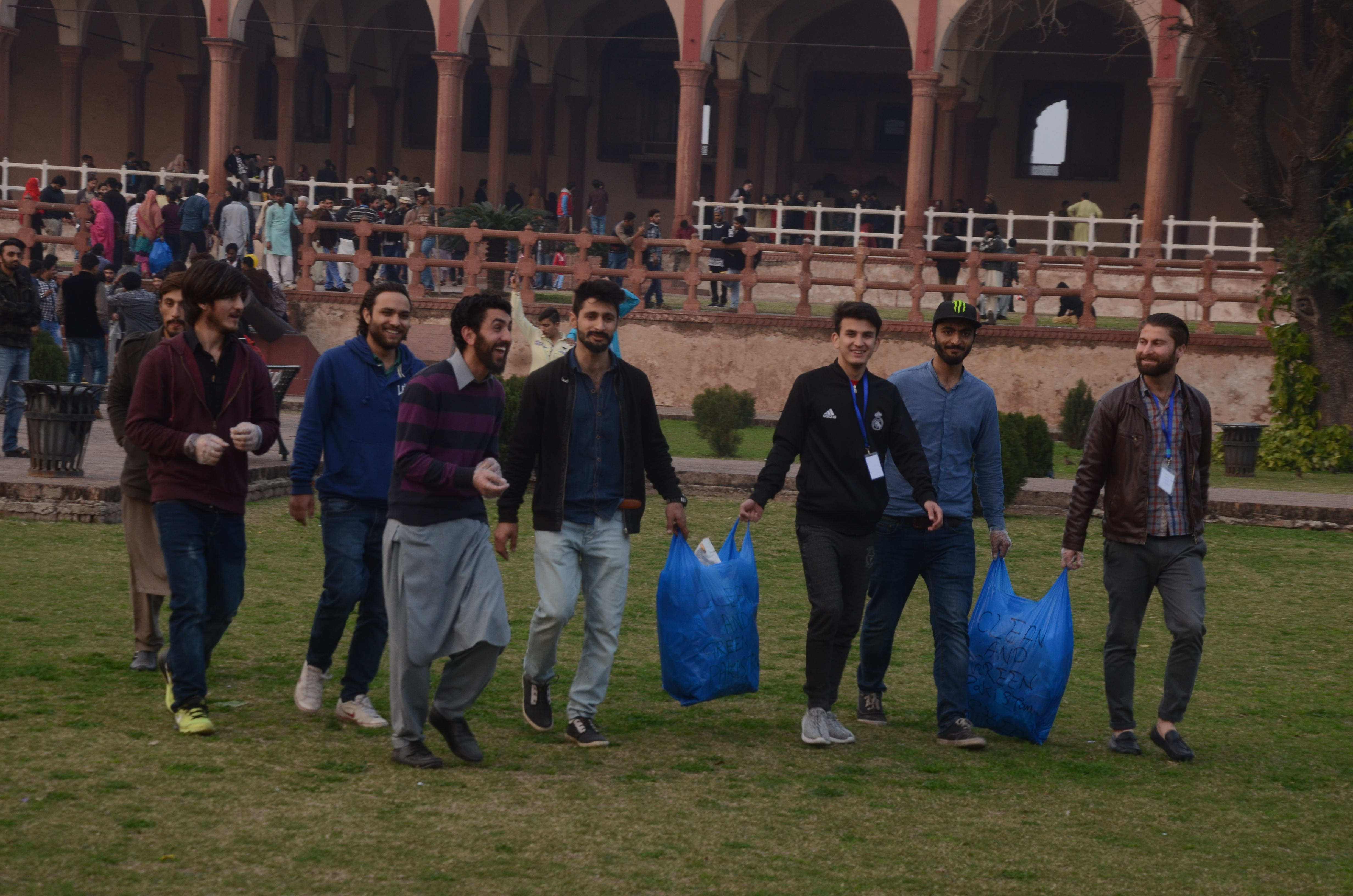 The cleanup campaign in Lahore was part of a series of such events CHEPS carries out every year. Earlier this month, on January 17, Dost brought together a group of 40 students in Karachi to clean up the Mausoleum of revered Quaid-e-Azam. Similar events will be held in Islamabad and Peshawar in the coming week. Dost founded CHEPS in 2005 with the objective to create awareness and empathy among people for the environment. He made a routine of cleaning up streets in Chitral and people started calling him names, many people in the city still know him by the name of kaghazsopak, which would translate into trash picker. Calling names, and sometimes even hooting, didn’t shake his resolve; the one-man army has ever since grown to a mature NGO that now has roots across Pakistan. From the furthest lakes of Boroghil, to the highest polo ground of Shandur to the sea view of Karachi, Dost has left his footprints everywhere and continues to organize clean-up drives and awareness sessions in all major cities of Pakistan every year. His idea is very simple: every year over a 100 thousand animals and birds die of choking on and infection due to litter. That is to say that, by spreading litter we are wiping out a 100 thousand of the living beings that are a crucial part of the natural recycling process. Thus by stopping littering, we can spare those invaluable lives that would contribute, eventually, to better recycling and helping relieve global warming. However little our efforts may be, however little affect these activities may have on the broader stream of global warming and climate change, at least we the common people of Chitral are not sitting idle; we are fulfilling the ethical and moral responsibility that we all owe to mother nature, said Dost addressing the volunteers who showed up for the clean-up drive. 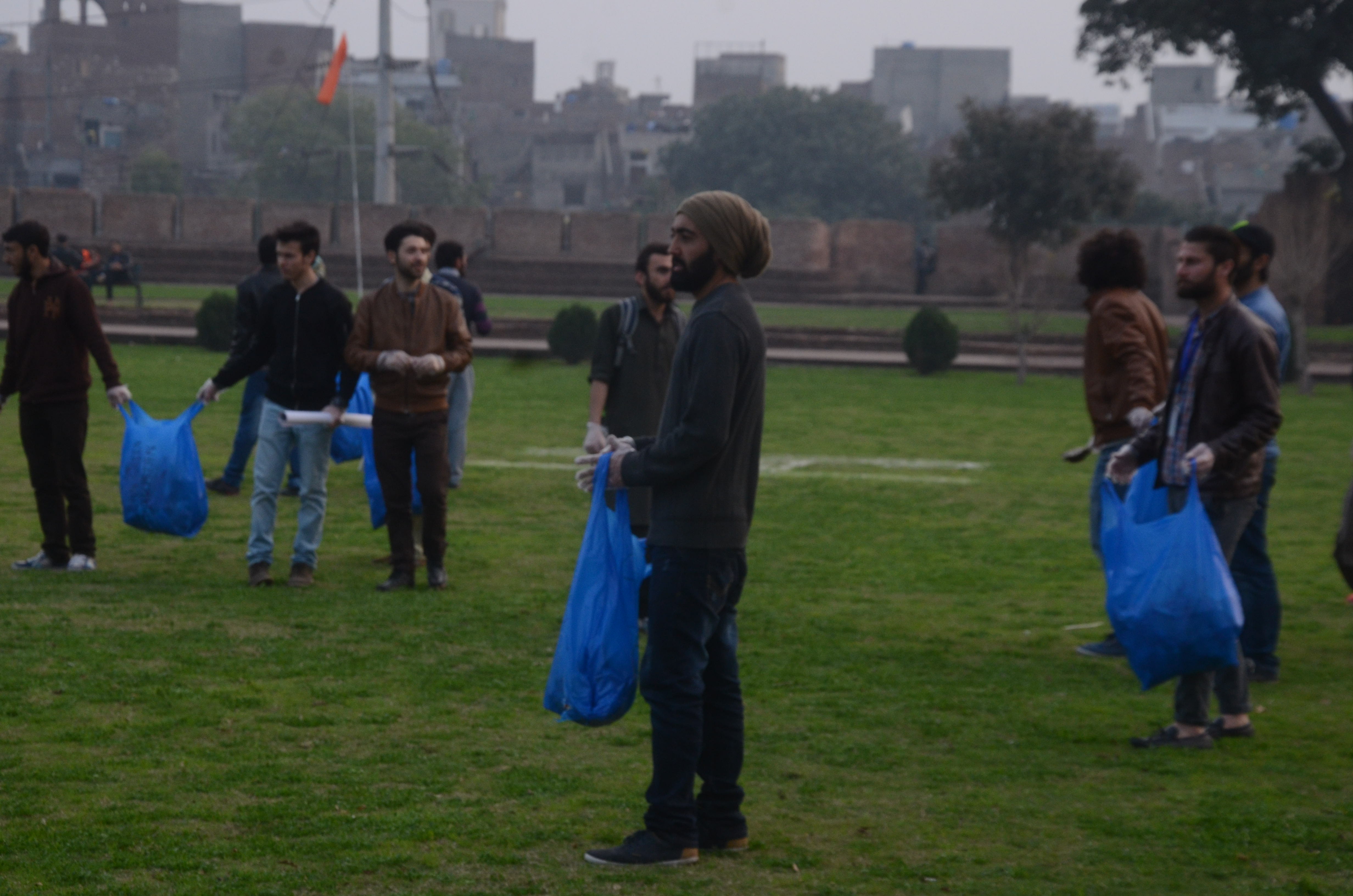 Dost, now 41, never went to school. He learnt English through his interaction with tourists, who at one time, used to flood Chitral for various attractions, including its history, heritage, panoramic mountains and flora and fauna. Apart from organizing activities aimed at clean-up and anti-littering campaigns, Dost travel lengths screening documentaries about climate change and its implications to mountainous communities. At a time when global warming and climate change continue to threaten the existence of humanity and the planet, the effort of Dost to combat the threat, little and steady but persistent and on-going, need not only be praised but also expanded. We shall endorse the unsung hero and follow suit. We all must pitch in to fix the harm we have so ruthlessly inflicted on the Mother Nature.