Nawaz, Maryam’s parole to be extended by four days 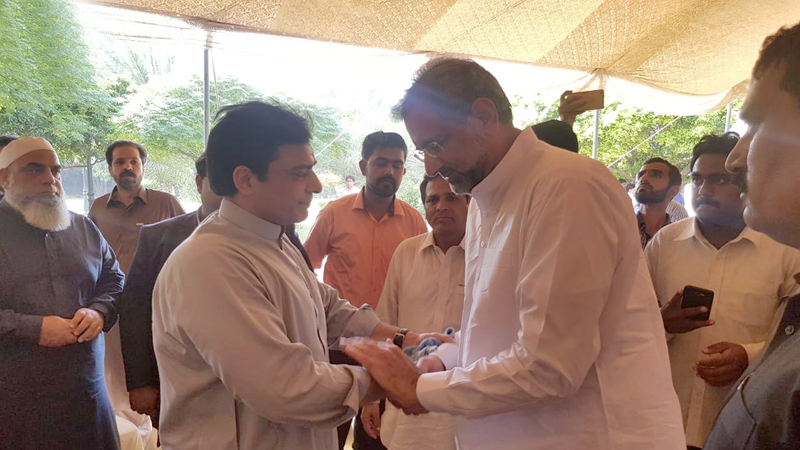 The three were released from Adiala Jail on parole hours after Nawaz Sharif’s ailing wife Kulsoom Nawaz passed away at a hospital in London on Tuesday. They were initially released on a 12-hour parole to attend Kulsoom’s funeral, against a request by the Sharif family for a five-day parole.

According to Punjab Home Department spokesperson, it has been decided that Nawaz, Maryam and Capt (r) Safdar’s parole be extended by four days. A summary in this regard has been forwarded to the Punjab chief minister for approval. “The extension will be in effect from midnight,” he said. “In case of a delay in funeral, the parole will be further extended,” he added, while denying reports that Jati Umra had been declared a sub-jail.

The funeral prayers of former first lady will be offered at the Regent Park mosque in London on Thursday (today) after Zuhr prayers and later her body will be flown to Lahore after completion of legal formalities. She will be laid to rest in Jati Umra on Friday, according to the Sharif family.

Talking to a private news channel in London, where former first lady breathed her last, Hussain Nawaz, the son of Nawaz Sharif, said that her mother’s body will reach Pakistan on Friday. He confirmed that he and his brother Hassan, who have been declared absconder in corruption cases, will not come to Pakistan to attend the burial of their mother due to legal issues.

Kulsoom Nawaz was diagnosed with lymphoma last year, barely a month after Nawaz Sharif was removed from office by the Supreme Court. She was briefly a member of parliament from September 2017 to July 2018 when she won her husband’s former seat in a by-election after the Supreme Court disqualified him.

Nawaz was in London with his cancer-stricken wife earlier this year when an anti-graft court handed him a 10-year jail term and sentenced Maryam to seven years in prison over the purchase of luxury flats in London in the 1990s.