So, here we have it. The effective sacking of Dr Atif R Mian from the Economic Advisory Council (EAC) on the grounds of religious faith means that Naya Pakistan is over almost before it began. That the death knell was rung by Imran Khan and his own government represents a terrifying capitulation by a man who has long recast himself as the saviour of the people.

In short, the message that has been sent is this: Pakistan is no country for minorities; particularly the Ahmadiyya. And that this set-up, like others before it, is so lacking in resolve that it is willing to surrender to the religious right at the first hurdle. Such as the Tehreek-e-Labbaik Pakistan (TLP); which effortlessly held the federal capital hostage last year and incited the assassination attempt against then Interior minister, Ahsan Iqbal. This is the same party that venerates Mumtaz Qadri, a man who gunned down a siting Punjab governor over his solidarity with a Christian woman falsely accused of blasphemy. And all the while, Khan continues to ask the media to afford his government a grace period of 100 days before assessing the Centre’s performance.

The PTI appears to be suffering from gross and wilful myopia. The safeguarding of minority rights is one of the most important benchmarks of democratic commitment and intent. And failure on this front undoubtedly impacts first and foremost those in the immediate firing line. In reality, this is where the conversation should end. For this ought to be the only necessary consideration against such dangerous caprice. But since this is seemingly of no import to the Prime Minister, he should ponder the following.

A nation that refuses to defend its minorities — who suffer relentless threats from militant groups; constitutional discrimination; as well as what amounts to hate speech at the hands of certain lawmakers and sections of the judiciary — will never be trusted as a true partner for peace.

Not really. It may make all the right noises about reaching out to Afghanistan and taking the lead in bringing the Taliban to the negotiation table. But the naysayers will inevitably question how a country not devoted to national unity within its own borders can be vested with bringing the same to another people in another land. Such a nation, similarly, loses the moral high ground when it comes to taking India to task over human rights atrocities in -held Kashmir; especially at international forums.  For the same reasons, it will become increasingly difficult over time to try and persuade the countries of Europe and North America against perceived or real instances of Islamophobia.

There are those who still choose to defend PM Khan. Choosing to believe that the ‘firing’ of Dr Mian represents nothing more than a strategic move to avoid political chaos so early into his tenure. To this we say: if such a privileged and well-educated gentleman who also happens to be an expert in his field can be so easily discriminated against — what chance is there for minorities with far less social and professional standing? Or are the latter not worth fighting for?

Sadly, we already know the answer to this. Which is why September 7, 2018 will forever remain a black day for Pakistan and its minorities. Indeed, for all who hold the pluralistic dream close. For Naya Pakistan can never be if it is not for all.  * 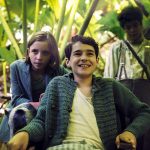 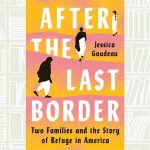 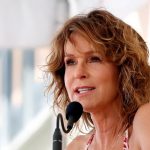 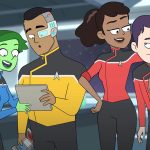