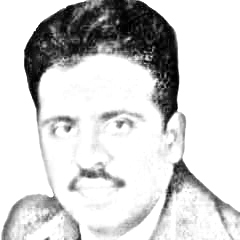 Imran Khan is trying to strengthen and unite the nation with his policies. However, extremist groups are bifurcating the nation on religious and sectarian grounds

Dr Atif R Mian, a 43 year old Pakistani, is a Professor of Economics in the University of Princeton, US. International Monetary Fund (IMF) ranked him amongst the top 25 economists of the World. He has taught in reputable universities like the University of Chicago, University of California, Berkeley and now is proudly teaching in the Princeton University.

Dr. Atif is also the author of ‘House of Debt’, and dozens of research publications. His research has been published in various prestigious research journals like American Economic Review, Econometrica, Quarterly Journal of Economics etc. Furthermore, Dr Atif Mian has about 18 fellowships, and is the Director and co-founder of the ‘Centre of Economic Research Pakistan’ (CCEP).

On 13 September, 2014, during his ‘Dharna’, Imran Khan wished to include Dr. Atif Mian in his cabinet as the Finance Minister of Pakistan. Fortunately, Mr. Khan has been elected as the Prime Minister of Pakistan for the next five years, and is working towards bringing innovative change. The economic failure of the Nawaz regime (2013-2018) and weak financial strategies of Mr. Dar have put Pakistan in an economic crises. Pakistan’s external debt and liabilities have increased to $ 92 billion, out of which $14 billion were borrowed last year. Reportedly, public-debt has increased about 43 percent to $23 billion during last five years. Privatization of Government stakes and properties, internal and external loans are a hindrance to our national economy.

To combat this grave fiscal crisis and to sort out the flaws in the economy of Pakistan, the Federal Government notified an ‘Economic Advisory Council’ on August 31, 2018. This Council consists of 11 members of distinguished national and international economists. Dr Atif Mian is ranked 9 on the list. He belongs to the Ahmadiyya Muslim community, living in US and is a true patriot of Pakistan. But regrettably, fundamentalists and radicalized religious stratums are against his selection because of his sect.

A person’s beliefs and religion should not be up for public debate. The religion of an individual does not brand them as a patriot or a traitor. Ahmadis have always been loyal to the State of Pakistan. However, extremist classes are not willing to give Ahmadis an opportunity to serve Pakistan

Fanatic groups particularly Majlis-e-Tahaffuz-e-Khatme Nabuwwat Movement and Majlis-i-Ahrar Islam are propagating against Dr. Atif , portraying him as a traitor and an enemy of the Islamic Republic of Pakistan. However, no Ahmadi has ever been involved in any terrorist or anti-Pakistan activity, in the history of Pakistan. Sir Muhammad Zafarullah Khan to Dr. Abdul Salam to Dr. Atif have proved themselves as true and loyal Pakistanis.

Imran Khan is trying to strengthen and unite the nation with his policies. However, extremist groups are bifurcating the nation on religious and sectarian grounds. Right now is the time to unite to ward off the looming economic disaster. Religio-political parties are mere power seekers and have been party to authoritarian regimes that impaired Pakistan socially, politically and economically.

Religio-political opportunists like Jamiat Ulema-e Islam, Jamaat-e-Islami, Majlis-e Ahrar-e Islam, etc. are historically proven anti Pakistan bodies. These so-called religious bands issued fatwas against Pakistan and Mr. Jinnah declaring him ‘Kafir-i-Azam’. The leaderships of these religious bands proudly took ‘credit’ for not being involved in the ‘evil’ creation of Pakistan.

Moreover, Maulana Maududi did not attend the funeral prayer of Mr. Jinnah. The extremist are actually accountable for splitting the nation of Pakistan as they have failed to find a space for themselves in nationalism. Disappointingly, Pakistani Ahmadis are identified as Pakistanis all over the world except here. Agitation against the nomination of Dr Atif Mian as the member of Economic Advisory Council reflects the amateur spirit of the fundamentalists, which is also is in violation of the article 25 and 27 of the Constitution.

A person’s beliefs and religion should not be up for public debate. The religion of an individual does not brand them as a patriot or a traitor. Ahmadis have always been loyal to the State of Pakistan. However, extremist classes are not willing to give Ahmadis an opportunity to serve Pakistan, but they have no problem accepting aid, loans or funds from any non-Muslim State or organisation to run and sustain the economy of the country.

The duty of mullahs is to guide people to be better human beings; not to determine the economy or the economists. Now this is a challenge for Mr. Khan, he has to face the pressure and remain persistent in his decision for the prosperity of Pakistan. The defeat of religious stratums in 2018, general elections reflect that the people of Pakistan are fed up. Dr Atif Mian’s contribution to the Advisory Council can lead the country to new heights.