Alvi set to grab presidency in a three-way race

* National Assembly, Senate and all four provincial assemblies will serve as polling stations for the election between PTI's Arif Alvi, PPP's Aitzaz Ahsan and Maulana Fazlur Rahman of the rest of the opposition parties 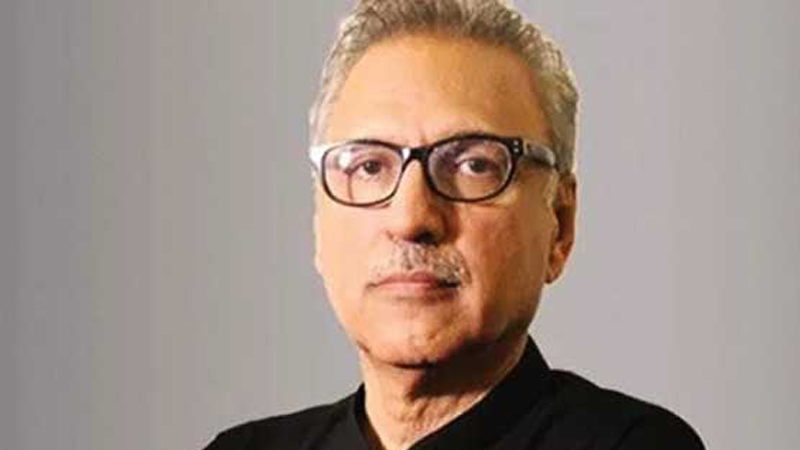 Meetings to deliberate on the presidential election continued till Monday, as opposition parties made last ditch efforts to bring a consensus candidate and the ruling Pakistan Tehrik-e-Insaf (PTI) gave reassurances to allies in hopes to retain their support for its candidate Arif Alvi.

Media reports suggested that a Pakistan Peoples Party (PPP) delegation visited Maulana Fazlur Rahman, the candidate of all remaining opposition parties, and urged him to consider withdrawing his name. The maulana apparently agreed on the condition that the Pakistan Muslim League-Nawaz (PML-N) leadership supported the move. The latter has been opposed to the PPP’s nominee, Aitzaz Ahsan, over his harsh stances against the party’s supreme leader Nawaz Sharif. No meeting took place between PPP and PML-N leadership subsequently.

After a six-point agreement prior to the Prime Minister’s election last month, the PTI and BNP-Mengal on Monday settled on a nine-point agenda in return for the Baloch nationalist party’s support for Alvi in the election today.

The agreement was reached in a meeting between Alvi, Jahangir Tareen and Sardar Akhtar Mengal. The PTI reaffirmed its commitement to implement a special package for the restive western province which would also include building of small dams for production of hydropower, establishment of specialised hospitals and a six per cent jobs quota for Baloch domicile holders in the federal govrnment. The PTI government would also strive to promptly resolve Gawadar’s water crisis.

Zardari went to the parliament lodges where he met with the BNP leader, sources said. The meeting revolved around the presidential elections and contemporary situation in Balochistan.

Meanwhile, the Election Commission of Pakistan (ECP) finalised preparations for the election for which polling stations were set up at all four provincial assemblies and the National Assembly. The ballot papers and other related equipment was shifted to polling stations.

The chief justices of respective high courts will serve as presiding officers during the polling process. The Chief Election Commissioner will serve as the Returning Officer. The name of PPP’s Aitzaz Ahsan is displayed on the top of the ballot paper, while the name of PTI’s Arif Alvi comes after him, followed by Maulana Fazlur Rehman’s name.

The code of conduct for the presidential election was also issued according to which Senators, MNAs, and MPAs would not be allowed to carry their cell phones, while casting the vote.

PTI’s Arif Alvi has a graduate degree in dentistry from the De’Montmorency College of Dentistry in Lahore. He started his political career during student years when he was a member of Jamaat Islami’s student wing Islami Jamiat Talaba. He remained with the JI before joining the PTI when it was launched in 1996-97.

Maulana Fazlur Rehman followed in his father Mufti Mahmood’s footsteps and got inducted into the party of Deobani religious scholars Jamiat Ulema Islam. He became the secretary general of the party following his father’s death. In the 1980s, a leadership row led to a split in the party and Rahman formed his own faction JUI-F. He has won several elections from his home seat in Dera Ismail Khan, facing his first defeat to a PTI candidate this July.

Aitzaz Ahsan has a law degree from the Downing College in Cambridge. In 1967, he was called to the bar at the Gray’s Inn. He has been a lifelong member of the Pakistan Peoples Party (PPP).