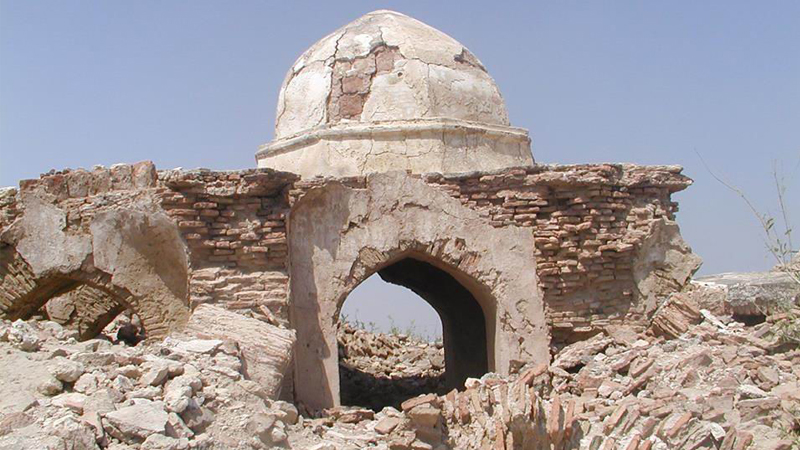 It was during my trip to historic fort Ranikot situated some thirty six kilometers from Sann, when I came across another historic place at Gopang Station that falls between Jamshoro and Sann. This is said to the guesthouse of Nawab Dulha Darya a Sindhi warrior of Samma Dynasty. According to Sindhi legends Nawab Darya Khan bravely led the Sindhi forces in two battles against Arghuns.

G M Syed in his booklet Sindh ja Surma (heroes of sindh) says about Dulha Khan; “Jam Nizamuddin alias Jam Nando son of Jam Bhinbo, of this family became other famous ruler. He sat on the throne in 866 AH or 1462 AD. In his days; limits of government reached to Bahawalpur on one side and to Sibbi on other side, it meant he was ruler of entire present day Sindh. He was a great scholar, loved company of scholars and mystics; he was best administrator, good natured and open hearted man. He reigned for 48 years, due to peace country developed rapidly. Leaving the old capital Sammai or Samma nangar, he established present day Thatta, three miles away from old capital. Which in short time became center due to schools, scholars, factories, trade and commerce. That was golden period of Samma dynasty. Nawab Darya Khan was prime minister of this pious man and great administrator. It is said about that actually he was a servant of Lakhmir, a minister of Jam Sahib. No one knows about his real family. In early days he was known by the name of Kabulio.”

According to Sindhi legends, Darya Khan bravely led the Sindhi forces in two battles against the Arghuns

Darya Khan had bought land at Talti, near Gaho, where his sons lived and he too most often used to go and stay there. Mukhdoom Bilawal of Samma clan lived there at Baghban, Durya Khan was his follower and companion, so all the disciples of Mukhdoom Bilawal, especially Syed Hyder of Sann, knew and had friendly relationship with Nawab Sahib. It is hard to say that whether Durya Khan was influenced by these mystics, or they were influenced by Nawab Sahib’s ideas.

At this site I met an elderly man named Ghulam Rasool, a Railway employee. He told me that previously this site was considered a shrine of Nawab Dulha Darya Khan, but later on it was revealed that he was buried in Thatta, which was capital of Sindh during Samma period. This site was later declared as his guesthouse. 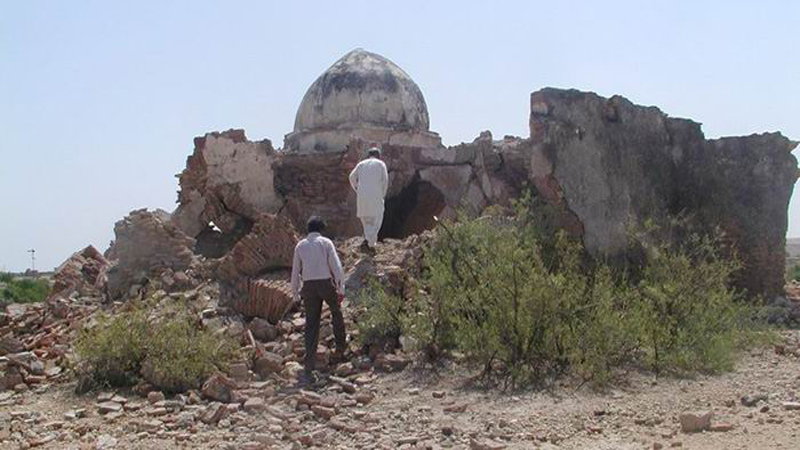 The historic record about Durya Khan states that in 914 AH or 1508 AD, when Jam Nizamuddin died, on his death bed he asked Nawab Sahib to take care of Jam Feroz, his son.

After that a dispute arose between Jam Feroz and Jam Salauddin (grandson of Jam Sanjar) over the throne. With Durya Khan’s help Feroz succeeded in overcoming this quarrel, and Jam Salauddin went to Gujrat to live with his son-in-law.

Being young, Jam Feroz was fond of music, dancing girls, loved company of people who amused him but had little else to offer. Darya Khan used to deal all government affairs. Due to abundance of production, members of the royal family and men of court became corrupt. Durya Khan took strict actions against them and this led to a conflict between him and Jam Feroz. As a result he resigned from his ministry and came to Gaho to take care of his property. Now there was no one to keep an eye on Jam Feroz’s corruption. To weaken Durya Khan’s strength, he brought and employed Kibiq Aurghun and others at his court. Jam Feroz built a separate colony for these foreigners, which was called “Mughal Stable”.

Witnessing such conditions, amongst Mughals Mir Qasim Kibiq, wrote to Shah Beg Aurghun, saying that Jam Feroze’s administration had become weak. “Feroze is deep lost in his corruption, Nawab Darya Khan has left him, take advantage of this opportunity,” the letter stated.

Upon this Shah Beg Aurghun started an attack on Sindh. he first captured Sukkur, then Sehwan, and in the end attacked Thatta.

Seeing this, Feroz realized his mistake and called back Darya Khan.

Though things were out of control, Darya Khan fought for sovereignty of Sindh until last breath, when he was martyred. During the battle Jam Feroz fled to Pir Patti, from here he pleaded Shah Beg for mercy and asked for pardon. He agreed to rule a small portion under the Aurghuns, 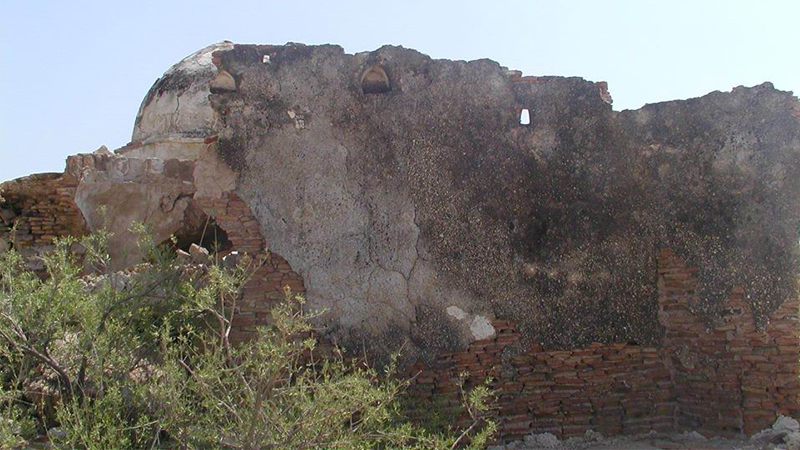 Nawab Darya Khan was an important hero, possessing true vision and patriotism, who gave his life for the sovereignty of Sindh. Nawab Sahib’s tomb is on Makli Hill, west of his guardian Jam Nizamuddin.

Due to neglect, this historic site has got derelict. Its walls have been damaged, while the roof and dome are about to collapse. It is duty of the culture and heritage department of Sindh to preserve this historic site, before it is lost completely.