Pakistan to take up cancellation of $300m CSF with Pompeo 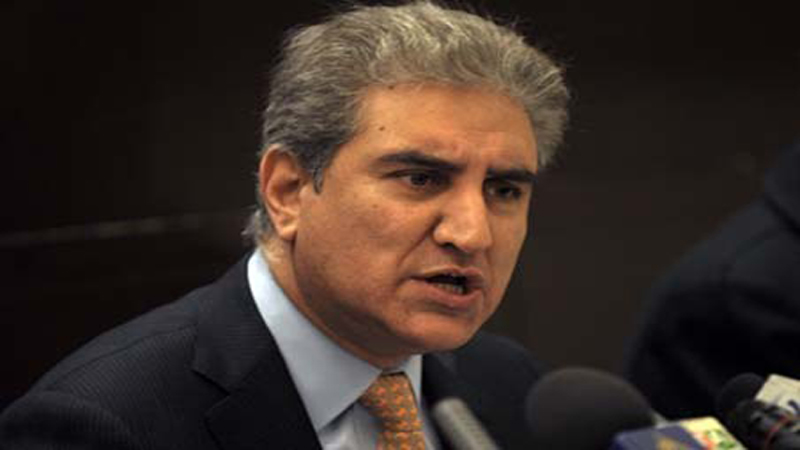 Foreign Minister Shah Mehmood Qureshi Sunday said that Pakistan would raise its concern over the cancellation of $300 million Coalition Support Fund (CSF) before US Secretary of State Mike Pompeo, who is scheduled to land in Islamabad on September 5.

Replying to a query by reporters regarding cancellation of $300 million of the Coalition Support Fund (CSF), the minister clarified that it was not an aid but in reality the amount was spent by Pakistan in the ongoing fight against terrorism and the United States had to reimburse it. “And this deal was done even before this government came into being,” he added.

Qureshi said that currently Pak-US ties are suspended. He hoped that the discussion with the visiting US dignitaries will be done in an amicable manner.”We will sit and discuss this with him [Pompeo]. We will try to improve bilateral relations. We will listen to him and present our point of view to him as well,” Qureshi said.

On Saturday, the Pentagon had announced to cancel $300 million in aid to Pakistan. Qureshi said Pakistan and the US had the shared objectives of ensuring peace in the region and beyond. “During meeting with the US secretary, we will raise our concerns and discuss the shared objectives and will like to move forward,” he added.

Blaming the previous PML-N government for the current state of ties with the US, Qureshi said, “The last government had no engagement, no dialogue [with the US administration] … in fact there was an almost total breakdown of talks. But we will try to revive the talks.”

Qureshi said Pakistan had rendered immense sacrifices and made matchless contributions in the war against terror. Pakistan Army, law enforcement agencies and civilians had given huge sacrifices in this fight, he said.

About the issue of closure of Pakistan’s consulate in Jalalabad, the minister said it was decided over security concerns of the staff deputed there and due to undue interference by the Afghan authorities. However, he added, they have been assured by the Afghan authorities that corrective measures were in place to address the concerns of the consulate staff.

About Prime Minister Imran Khan’s visit to the General Headquarters, Qureshi said they were given a detailed briefing about security concerns, internal and external challenges and the measures for securing the country’s interests.