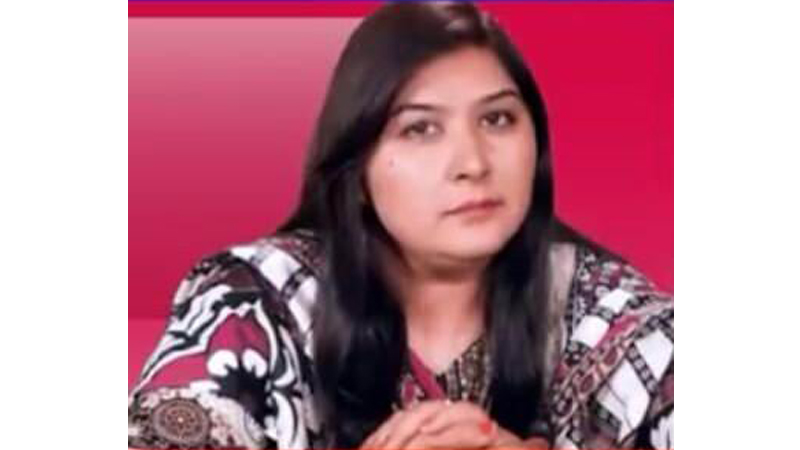 Stand-up comedy is a relatively new form of expression of light humour. Not many are trying it but Fizi Khan is a courageous young lady who has stepped into this field as a seed planter. She says, ‘It’s better to start up a tradition yourself instead of rusting away your talent waiting for someone else to start it.’ Her original name is Fazilat but she is of the view that her nick name Fizi defines her better and goes with her overall image. Fizi is a law graduate and runs her own small business of stitching garments in Sahiwal. Ever since her childhood, Fizi was good at telling jokes and cutting punchy lines. Writing jokes over social issues is her hobby and the main reason of her stepping into this art of stand-up comedy.

A group of onlookers driven by a skilled entertainer gives individuals a feeling of togetherness and Fizi khan expects her audience to focus on the disturbing issues around them. She is a comedian with a cause; she wants to educate her audience by telling them relatable jokes. Her performance in her viral videos is quite spontaneous and informal, with her tongue-in-cheek way of talking she highlights all those matters very invincibly which others find challenging to mention. As it can be observed, the current trend involves numerous people parodying politicians in the efforts of instilling humour in several talk shows but this notion has eventually made every talk show monotonous. Fizi Khan does not choose to follow them – she considers parodying to be a mere act of displaying one’s acting skills.

Henceforth, she is of the view that comedy should be used wisely to bring change.

Fizi khan is currently associated with Punjab Lok Sujag and she works quite enthusiastically for the welfare of Punjabi language as well as empowering women. She uploads her videos on her YouTube channel ‘Papar Kararey.’ In one of her videos she bluntly satirises pretentious people of Punjab who do not like to speak in their mother language. She begins by mocking them through her rhetorical questioning, ‘What is the most humiliating thing for Punjabis?’ She continues, ‘is it deceiving others? Is it stealing?’ Then with her naughtiest smile she herself replies, ‘No! It’s speaking of their own language which is more humiliating for Punjabis!’ She relates an event from her personal experience that the school authorities called her up and scolded her for speaking Punjabi with her students, while relating this event she adopts an exaggerated tone and with her eyes wide open she creates humour; bodily expressing her fear of poisoning students by speaking Punjabi. Further she says that the day is not far when brothers will be killing their sisters by saying, ‘She was caught red-handed talking in Punjabi with a boy!’ – Best punch line so far.

Fizi is a comedian with a cause; she wants to educate her audience by telling them relatable jokes. Her performance in her viral videos is quite spontaneous and informal

When talking about male dominance in the society, she says men are the most pathetic beings ever, they live in the self-imposed burden of securing others particularly their sisters and daughters. She iterates her point by stating several hilarious imaginative spectres i.e. a naked man in a humid summer evening is watering the plants in the street and all of a sudden he shouts at his sister (who came out of the house) for not wearing dupatta properly. She mocks the double standards of the society for treating women differently as she says, ‘the girls can never tell who they like while their brothers take credit over being womanisers and family loves to boast about their sons’ affairs. Brothers find it difficult to talk about their sisters in public because so many times they have used word ’paeen’ (sister) in a lewd manner trouble begins when they don’t know how to use it respectfully.’

At another point she states another situation where outside a labour room the mid-wife emerges holding a baby and congratulates the father by saying ’mubarkan sarkar Allah ne beti diti ay’ (Congratulations, God has blessed you with a daughter.) and the man laments, ‘pata nai kehrry gunahwan di saza milli ay k kurri ho gai.’ (Not sure for which sin I have been punished).To this situation Khan states that they should be thankful that the past sins do not result in daughters otherwise there would be an abundance of girls everywhere!

In our country girls in comedy mean that they are mindless laughing objects who simply look good. Fizi khan is a different kind of woman, she refuses to be called an object. Instead, she celebrates her freedom of speech being in her own domain. Comedy has always been a source of highlighting social evils more deliberately and Fizi khan is conscious of this fact. I wish this dauntless daughter of Punjab a huge success as she has a cause associated with her passion.