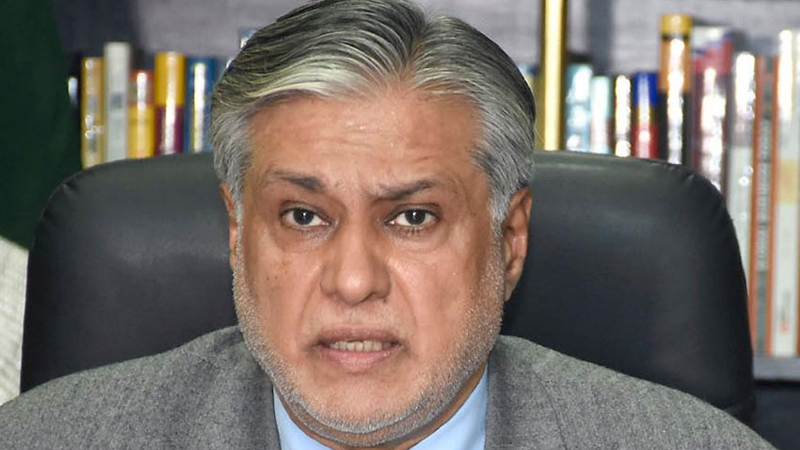 The elected Federal and Provincial Governments are in place after the recent General Elections 2018. Slogans of a ragged economy have been on the upbeat during the election campaign and it is high time to discuss this subject with prudence and care. Portraying a negative picture about Pakistan’s economy has resulted in generation of wrong signals internationally which is shattering investors’ confidence and harming the country’s interest. One only hopes that this propaganda is not a pre-emption for any futuristic inability to perform by the elected Government. It must be realized that at this critical juncture, false propaganda aimed at maligning the economy will not serve any good to Pakistan. If we sincerely want to serve our beloved country, hard work in unison should be the order of the day. In response to this unfounded criticism, it is apt to put the record straight.

The last tenure of PML-N’s Government commenced in June 2013 amid proclamation that Pakistan was on the verge of becoming a “failed state” with an imminent “sovereign default” within few months and global financial institutions had stopped doing new business with Pakistan. With Allah’s kindness, the situation was, however, soon diffused through professional and skillful handling of economy by PML-N’s economic team and key economic indicators gradually demonstrated marked improvement, ushering Pakistan towards the path of macro-economic stability in the years to come.

The top priority of PML-N Government was to achieve higher GDP Growth in order to reduce poverty, increase per capita income and achieve even higher macro-economic sustainable and inclusive gains for the country and common man. To achieve this goal, various measures were undertaken including an unprecedented Agricultural (Kisaan) Package of Rs. 341 Bio for rural community and farmers in September 2015 together with increase in the Agriculture Credit disbursements from Rs. 336 Bio in FY 2013 to Rs. 704 Bio in FY 2017. The development spending (PSDP) was more than doubled in four years, from Rs. 348 Bio in FY 2013 to Rs. 733 Bio in FY 2017. Transfer to Provinces from Divisible Pool increased from Rs. 1,299 Bio in FY 2013 to Rs. 1,997 Bio in FY 2017, which provided additional fiscal space for enhancing their Annual Development Program (ADP) allocations. Credit to Private Sector increased from Rs. 8 Bio (negative) to Rs. 748 Bio in FY 2017. As a consequence, Pakistan was able to achieve 11-years high GDP Growth rate of 5.3% in FY 2017 and 5.8% in FY 2018, as against an average GDP Growth of 2.82% per annum during 2008-2013. Comparing 2013-2017 with 2008-2013 the average annual growth figures were, Industrial Sector 5.13% as against 1.2%, Large Scale Manufacturing 5.1% as against 0.32% and Services Sector 5.09% as against 3.6%. Successful implementation of ongoing CPEC Projects will also contribute in future to the GDP Growth in the years to come. The County’s size of GDP first time in its history grew over US $ 300 Billion.

The falling Exports and high Current Account Deficit had been areas of concern for the Government for which a supporting package of Rs. 180 Bio for Exporters was announced in January 2017 with the approval of former Prime Minister Nawaz Sharif and same was up-scaled by another Rs. 67 Bio package after Shahid Khakan Abbasi assumed office of Prime Minister. In lieu of these special packages for Exporters, they undertook to provide an annual increase of atleast around 15% in exports.

In line with improvement in macro-economic indicators and with building of highest Foreign Exchange Reserves in Pakistan’s history, the Pak Rupee remained stable against US Dollar during the four years to June 2017 except a slide of around four Rupees to the Dollar due to over 4 months the ‘Political Sit-in’ (Dharna) in Islamabad. The Pak Rupee rate to the Dollar was Rs. 98.81, Rs. 101.78, Rs. 104.84 and Rs. 104.85 on 30th of June of 2014, 2015, 2016 and 2017 respectively. Stable Rupee factor was a contributor in decades’-low inflation and interest rates and low increase in cost of living. I have always vehemently opposed any self-slid devaluation of Pak Rupee, as demanded by certain domestic and global quarters with vested interests, for the following reasons: –

* Exporters who would have benefited by any Pak Rupee slide, had already been more than adequately compensated through targeted Packages of Rs. 180 Bio and additional Rs. 67 Bio as explained above

* It would discourage Foreign Direct Investment

It has been a matter of great satisfaction that Pak Rupee Parity remained stable till my relinquishing of the charge of Finance Ministry in November 2017. It may be recalled that the Bloomberg Article of 12th December 2017, stated:

“… The rupee was Asia’s most-stable currency since 2014 until the recent weakness.”

Contrary to certain claims, there is no such thing as ‘artificial holding of parity’ of any currency for years. However, it is responsibility of the Monetary and Fiscal Policies Coordination Board with the Finance Minister as its Chairman to ensure that the State Bank of Pakistan firmly deals, through policies and due process, in the national interest with handful of speculators with vested interest who play havoc with the country’s currency for their personal petty gains.

Similar speculators attacked Pak Rupee in post-nuclear detonation period and caused the Rupee to reach the then all time high of Rs. 69 to the US Dollar in September 1998 followed by speeches of the opposition members in National Assembly that it will reach Rs. 100 to the US Dollar by December 1998. Having taken policy and appropriate actions at that time, Rupee recovered within weeks to Rs. 52 to the US Dollar and remained stable there till military coup in October 1999.

A lot of political debate continues in the media as to unsustainable high Public Debt. It needs to be understood that for any Government, there is an opening figure of Public Debt to which is added in its tenure the amounts of yearly Budget Deficits along with the conversion loss on foreign portion of Public Debt due to devaluation of Pak Rupee in such period. As the said Budget Deficits are duly approved by the Parliament, the whole process is transparent and is the responsibility of the Parliament and there should be no hidden surprise for anyone. The total Public Debt to GDP increased by less than 2% during four years to June 2017 due to additional extra-ordinary security-related expenditure for Operation Zarb-e-Azb and heavy investment in Public Sector development projects with clear focus on elimination of gas and electricity load-shedding from the country, improving highways transport, Information Technology and communication sectors etc. Incidentally, Public Debt to GDP of USA in 2018 is 106%, Japan 221%, Spain 106%, Italy 138%, Belgium 115% and Singapore 105%, which all are far too above than Pakistan’s.

For expanding economy and future economic goals, the overhauling of the legal framework governing the capital market and the corporate sector was essential. On this subject, the 15 years lingering subject of merger of Karachi, Lahore and Islamabad stock exchanges was resolved and the dream of Pakistan Stock Exchange materialised. The 32 years old and obsolete Companies Ordinance 1984 was replaced with the Companies Act 2016, which is one of the largest pieces of legislation in the parliamentary history of Pakistan, to meet the latest corporate sector requirements in line with the global trend ushering a new era for corporatization in Pakistan. To promote Islamic finance, 2% tax rebate for Shariah Compliant Companies was approved.

Global institutions recognized the improvement of Pakistan’s macro-economic situation as illustrated below:

n Moody’s improved Pakistan’s outlook from negative to stable to positive. In April 2016, it published a report titled ‘Government of Pakistan – B3 Stable’

n Standard & Poor’s (S&P) improved Pakistan’s outlook from negative to stable to positive and on 31st October, 2016, raised Pakistan’s long-term sovereign credit rating to ‘B’, with stable outlook, from ‘B – (minus)’

* According to Nielson report on 31 May, 2014, Pakistan had the highest business confidence since 2008

* World Trade Organization’s (WTO) Trade Policy Review of Pakistan in March 2015 noted Pakistan’s resilient economy; stated that despite facing a myriad of adverse circumstances and challenges, Pakistan had managed to post positive growth during the review period. Also highlighted that the economy is expected to expand further

* Pakistan’s economic turnaround was acknowledged in a research report published by Morgan Stanley on 30 January, 2015 titled ‘rise a matter of time’

* According to Atlantic Media Company report on 22 July, 2016, Pakistan was described as ‘one of the top emerging South Asian economies’

* Barron’s Asia, a financial magazine of international repute, declared Pakistan as the ‘next big thing’ and ‘the flag bearer of the positive changes taking place in the South Asian nations’

Pakistan was in Black List of FATF when PML-N took office in June 2013 and has been mostly in Grey or Black List in the decade before. After taking a number of actions including legal measures, Pakistan was put from Black to Grey List in 2014. With further actions and efforts of the Government Pakistan was placed in White List in February 2015. The recent placement of Pakistan back in Grey List is a matter of grave concern and all concerned must ensure to take necessary actions in order to bring back Pakistan in the White List.

To put in a nutshell, Pakistan’s Economic performance was highly satisfactory in the four years to June 2017 and it was moving on higher growth trajectory. However, in the post-July 2017 period, some serious challenges have emerged which need to be handled on priority basis. I remain optimistic about the future of our beloved country and strongly believe that with continued dedication, commitment and hard work, the challenges which Pakistan has been facing since July 2017 with negative impact on the economic outlook of the country, can be successfully overcome and Pakistan can once again come back on the path of macro-economic stability and sustainable / inclusive higher GDP growth trajectory.