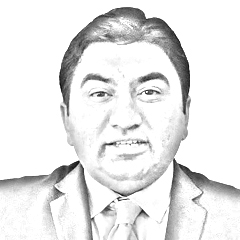 Rise of the new Islamists

Currently the world is sharply divided over how to define ‘Islamists’. Different schools of thought have their own meanings for this word. According to some, Islamists are fundamentalists who want to impose a system of Islamic laws on Muslim and non-Muslim populations alike. Others define Islamists as individuals who believe in having an Islamic system of governance in the country but wish to bring about Islamic governance through legal means.

A state can take steps to appease the latter category, but it must plan how. There are international examples in Ireland, Colombia and South Africa where those who challenged the state’s writ were eventually embraced by it. Now the international community is asking the Taliban to engage with the Afghan state and leave the course of confrontation. We already have one example. Gulbudeen Hekmatyar, once known as the butcher of Kabul, is now a mainstream politicians in Afghanistan.

In Pakistan, many Islamists participated in the recent general elections but failed to make significant inroads into parliament. Obviously, these were Islamists who believed in the power of the vote and democracy, such as the Jamaat-e-Islami. Then there are what I call the New Islamists. These are individuals and groups whose past is tainted with acts of violence. Some are involved in violent sectarianism like Ahl-e-Sunnat Wal Jamaat (ASWJ). Others are involved in militancy in Kashmir.

Some of these New Islamists do not have a violent past, but are so intolerant in their approach that they end up hurting the state. One such group is the Tehreek-e-Labbaik Pakistan (TLP), led by Khadim Hussain Rizvi, a firebrand speaker who rose to national prominence during a blasphemy-related row in 2017. The TLP also participated in the general elections, but failed to make any significant gains. This was a victory for Pakistan’s parliamentary democracy.

International media has been very worried about the rise of these New Islamists. Yet, such an inquiry is not visible in Pakistani media and society. All that mattered to the people of this country were the political ripples these New Islamists would create and the effect they would have on the 2018 elections

International media has been very worried about the rise of these New Islamists. Yet, such an inquiry is not visible in Pakistani media and society. All that mattered to the people of this country were the political ripples these New Islamists would create and the effect they would have on the 2018 elections.

The Pakistani state and political parties seem unaware of the repercussions of mainstreaming parties with violent ideologies and ties to militant groups. Let us remember when we wanted the Tehreek-e-Taliban Pakistan (TTP) to shun violence and cooperate with the state. This did not happen, as the TTP kept engaging in violent acts of terrorism. Eventually, Pakistan was forced to go after them with the military.

Had the TTP laid down its arms, they would have been given amnesty, while the top leadership may have been punished for engaging in acts of violence. Others would have had to take deradicalisation courses so they could become normal citizens again.

How are these New Islamists to be dealt with? This is hardly debated in Pakistani academia, media and the national political discourse. Scores of violent bigots want to be legitimised and their violent pasts forgotten. There must be a national debate on this issue. If the New Islamists are successful, the international community – including India – could make a case against Pakistan, saying terrorists have found space in the Pakistani parliament and could gain control over nuclear weapons. Sadly, it seems we are clueless about how to deal with this issue.

Pakistan was also put on the Financial Action Task Force’s (FATF) greylist for failing to take sufficient measures to curb terror financing and money laundering. Now half-hearted measures taken at the eleventh hour will only lead to further embarrassment.