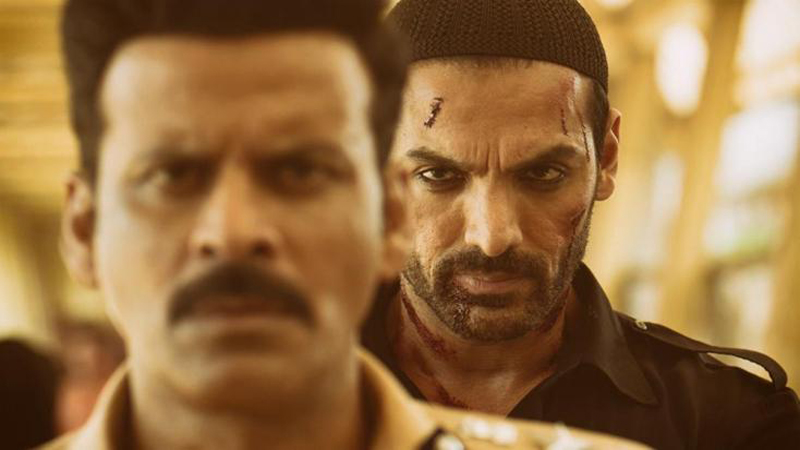 The grapevine is abuzz with the news that the Indians are at it again –stealing from our musicians. This time the victim is Amjab Farid Sabri’s ‘Tajdar e Haram’ whose Coke Studio version sung by Atif Aslam is the second most watched video of Coke Studio with 164 million views and counting, whereas the most watched video of Coke Studio is ‘Afreen Afreen’ crooned by Rahat Fateh Ali Khan and Momina Mustehsan with 180 million views.

Today, however, I am not going to talk of all the times Bollywood has stolen from Lollywood (or vice versa) or that Amjad Sabri’s son Shumail plans to sue the makers of ‘Satyameva Jayate’ (meaning “truth alone triumphs” which is quite ironic if you think about it) for copyright infringement. Rather today I want to discuss a teacher of mine.

She loved testing us and she loved pop quizzes. As we struggled to come up with the answers that corresponded to the questions she had so eloquently worded (all her questions were trick questions, I swear!), she would sit at the front of the class marking tests that another class had struggled with just a day before. Just as one student was peeking over another’s shoulder to be sure that that poor guy had made the same mistakes as he had she’d look up, as if on cue. The guilty student would assume the physicist’s stance, staring in space as if trying to unravel quantum mechanics while her piercing eyes would sweep the rest of the room. Satisfied she’d caught Lone Wolf McQuade in action she’d smile inwardly (how could she not?!) and issue the rest her standard fair warning in her best Midwestern white-girl accent, “cover your work”! If only she knew what Quentin Tarantino thought of that advice.

When have we ever given due respect to our artists enough to safeguard their interest and their future? At least these ‘thieves’ are doing us a favor of introducing our music to the rest of the world

Riding high on the success of ‘Reservoir Dogs’ and (probably) doing promotions for ‘Pulp Fiction’ in 1994, Tarantino cockily revealed (because “inadvertently” doesn’t exist on Planet Tarantino) the secret of his success and of the freshness of his narrative to Empire magazine in an interview saying : “I steal from every single movie ever made. If people don’t like that, then tough tills, don’t go and see it, all right? I steal from everything. Great artists steal, they don’t do homages.” The fact that he said “every single movie” broadens his horizon from China to Nairobi, from 3D to silent films. That he steals from “everything” means he’s not limited to films. I wondered how could Hollywood with its strong ‘moral code’ and standing on plagiarism tolerate and celebrate an unabashed thief. Then I started paying close attention to the structure of his films. What I learnt could best be summarised by a scene from his latest ‘The Hateful Eight’ (2015) that he “stole” from ‘The Ides of March’ (2011).

During the opening scene of ‘The Ides of March’ George Clooney’s character is being grilled on television regarding social morality. While weighing in on why he’s against the death penalty he says if someone killed his wife he’d track down and kill the murderer (to punish him) but a society should not do that, “Society has to be better than an individual,” he says. “If I were to do that I’d be wrong.” It’s a fifty seconds scene that plays out well. Until Tarantino liked it enough to tinker with it.

In ‘The Hateful Eight’ Tim Roth plays the hangman. Although all of Tarantino’s films can be enjoyed more if one listens to them instead of watching them, this masterfully crafted scene particularly stands out as Roth first paints a violent picture of ‘frontier justice’, then explains the merits of dispassionate justice pegging himself as the difference between the two, and finally announces; “justice delivered without dispassion is always in danger of not being justice”. Taking the kernel of an idea why society has to be better than an individual Tarantino magically turns it into a full grown oak tree during two minutes of iconic screen time. If you want to become a master thief like Tarantino you must find these two scenes on YouTube and watch them to better understand how Tarantino and ‘other great artists’ steal. Which goes something like this:

Great artists first make the stolen goods their own by chipping away all traces of the original until nothing remains but inspiration. From there they start adding their nuances and personal touch to it until it’s unrecognisable to the untrained eye (or ear). Humans have evolved by learning from each other, by building upon each other’s successes. Go far back enough in art or science or construction or even religion and you’ll start seeing the common denominator. “Everything that can be invented has been invented” allegedly said Charles H Duell, the commissioner of US patent office, in 1899 but that hasn’t stopped anyone from trying to reinvent the wheel. So where does this leave those who shamelessly pillage throughout the world, the copyrats?

Yes, you read that right.

Cats are majestic animals. At the risk of sounding ‘racist’ I must say cats are selfish, yes, and they’ll steal, granted, but they aren’t as greedy as rats. Rats are an invasive species that are stealthy and that cause enormous amounts of environmental degradation through their greed and breed. Copyrats are the same. They scrutinize other people’s art not with the intent to admire but to pilfer. They thieve without guilt or remorse. They’re callous towards the devastation of their victim and they’re indifferent towards the reaction of the world. They don’t realise this swiping tantamount to uprooting a fully grown tree and installing it in your backyard; you can flaunt it all you want but it will never bear fruit unless it’s rooted in your soul.

Circling back to the Lollywood-Bollywood controversy, the latter is a huge industry that churns out near to a thousand films annually (out of which maybe five are earth-shattering hits; I digress albeit intentionally but you get the picture, right?) and there are times when they get hooked on something made by someone else bad enough to loot. Although they readily steal current hits from the rest of the world have you noticed how they only loot (or used to loot) until a certain point of time from our artists? The last non-film song was probably ‘Hawa Hawa’ from the 80s or a Nusrat Fateh Ali Khan qawwali. Maybe our current music is not good enough to be stolen. Or maybe the reason is simpler than that.

Before the arrival of the internet even the giants on either side of the line of independence stole from each other’s music and movies but with the advent of cyberspace the job fell on the frail shoulders of relative nobodies. Either coerced by the producers or eager to prove themselves these newbies stole unashamedly from the world over. And how can we blame them? When have we ever given due respect to our artists enough to safeguard their interest and their future? At least these ‘thieves’ are doing us a favor of introducing our music to the rest of the world.

While the world is rallying behind their artists introducing laws and checks to ensure no one can steal their work we aren’t doing any such thing. We won’t even ban any artist, movie studio, or films that feature work stolen from our artists from being commercially available in our theaters. I’m sure if the film in question, ‘Satyameva Jayate’, gets released in Pakistan our public will trip over themselves to watch it without giving two hoots about copyright infringement. Maybe my teacher did know something when she advised: “cover your work!” But unfortunately the artists can’t cover their work alone from the prying eyes of some “not so great artists”.

The writer has been writing for screen, page, and stage for 18 years. When he isn’t writing, he’s learning. He tweets @Jawwaddaud