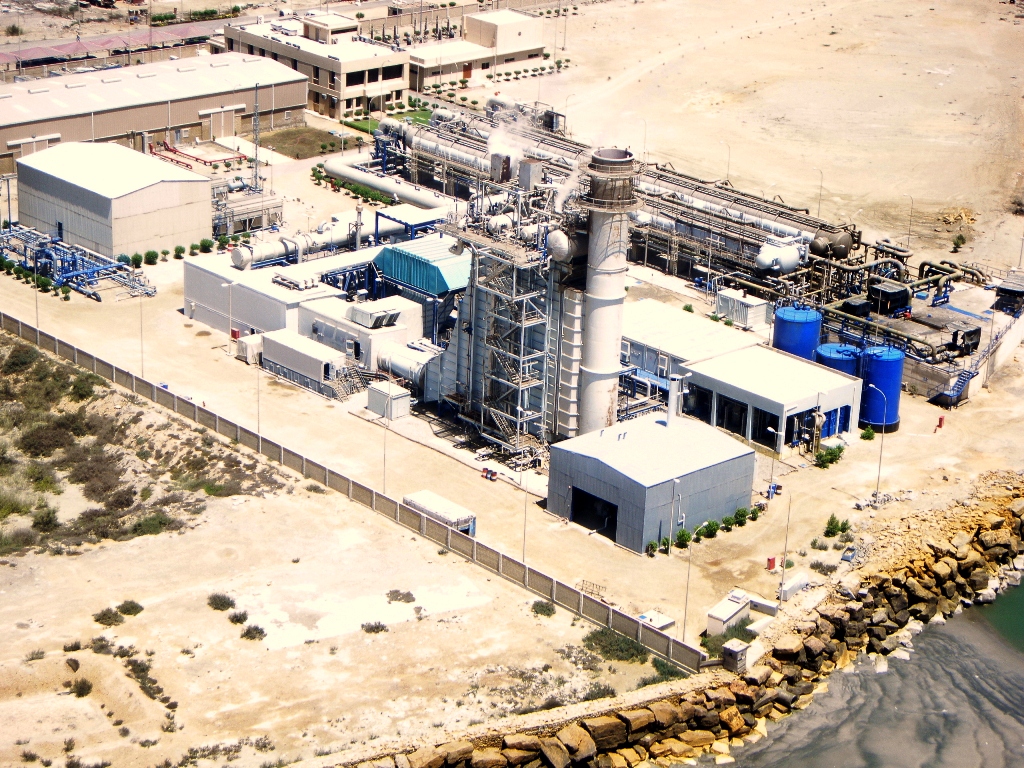 The new Sindh cabinet, in its maiden meeting on August 20, announced to establish a desalination plant to provide potable water to the residents of the metropolis.

On other hand, PTI’s president nominee Dr Arif Alvi also announced that a mega desalination plant would be built in Karachi to provide drinking to the city’s residents.

“Desalination is the only solution to the Karachi water crisis,” said Dr Alvi in a video message. He said that Karachi needed 1200 million gallon per day (MGDs), but the city got only 450 MGDs of water through pipelines branching from Keenjhar Lake in Thatta district.

The PTI leader said that the city received another 20 MGDs of water from Hub Dam which was originally designed to provide approximately 100 MGDs of water. He explained that this happened because of scanty rains in the catchment regions. “Sometimes, the Hub Dam does not even provide 20 MGDs of water,” said Alvi.

“So, the Karachi city gets only 450 MGDs every day against its requirement of 1200 MGDs and even out of 450 MGDs that the city receives about 200 MGDs is illegally stolen from the system by the industries as they too need water,” said Dr Alvi. He added that out of the remaining 250 MGDs of water, almost half of it was siphoned away by tanker mafia and sold in the city. 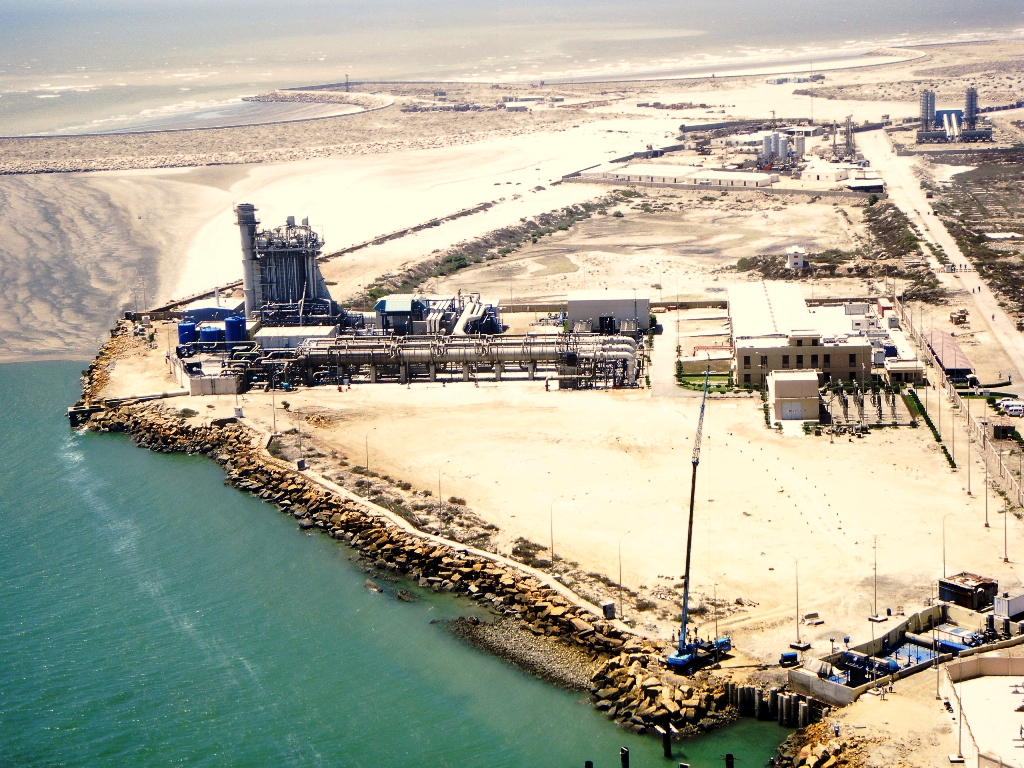 Majority of the city’s residents were using groundwater because it is contaminated and groundwater reserves will be depleted soon if Karachi’s residents kept on extracting it.

“In such condition, Karachi can only get water either through desalination or by using the recycled water,” said the president-nominee. “For desalination, however, we need power. Approximately 1 Megawatt (MW) of power is required to desalinate 1 MGD water” added Alvi.

Alvi said that in addition to water shortage, Karachi was also facing a power crisis so the PTI government was planning on using garbage to produce power which could be used to run a desalination plant to purify seawater.

Dr Alvi mentioned that Karachi produced 16,500 tons of garbage every day out of which only 1300 tons was collected and taken to landfill sites. He said that the rest of the city’s trash was either burnt or simply thrown on roads. “There are two official landfill sites in Karachi; Jam Chakro and Gond Pass landfills each spanning over 500 acres of land but these sites are not ‘scientific’ landfill sites since garbage is just thrown out in the open these” he said.

The PTI leader said that these landfills were posing a threat to the environment since decomposed waste mixed with groundwater and contaminated it. “It also produces methane in the atmosphere which is most harmful greenhouse gas,” he stated.

Proposing a solution to the dilemma, Dr Alvi said that all of the city’s garbage could be burnt to generate power. “By burning 16,500 tons of garbage, we can produce 200 MWs of power that can run desalination plants. This means that we will be getting 200 MGDs of drinkable water,” he said. He further said that this was the perfet method to not just obtain pure water but also make the environment better.

However, experts disagree. They say that desalination is not the permanent solution to overcome the ongoing water crisis. “Just seawater desalination is not the solution,” said Nadeem Ahmad, head of Policy and Advocacy at United Kingdom (UK) based international charity called ‘WaterAid-Pakistan’. According to Nadeem Ahmed, Karachi needs more comprehensive measures to meet its water needs without damaging the environment.

“The desalinate plant can be developed using solar technologies, but desalination water can only be used for municipal and industrial use, not for drinking purposes on mass scale,” explained Ahmed. “Besides, even after desalination you need infrastructure to distribute water and Karachi does not have the sufficient infrastructure,” he pointed out. “The positive aspect of the desalination is that the cost of desalination of seawater has decreased during the last decade, and currently, global averages suggest it costs from Rs 100 to Rs. 150 per 1000 liters,” stated Ahmed. “However it will be a challenge to keep the cost of desalinated water low since the local capacity to build and maintain such plants is limited,” he added.

“The seawater treatment plans also pose environmental challenges. The energy requirement is about 40 percent of the cost. Given the salinity level of our sea, we require 3 KWH to desalinate 1000 litres of water and this water would only be used for municipal and industrial purposes,” said the WaterAid-Pakistan expert.

Nadeem Ahmed said that there was still a need to figure out an alternative means of providing potable water to the residents. “Karachi still needs another arrangement to cater to the needs of the ever-growing population of the city,” said Ahmed.

According to Farhan Anwar, an urban planner, desalination schemes can help resolve the city’s water crisis only partially. He said that it was unrealistic to even consider desalination plants as a solution here because they were technology based plants. “We have a history of not being able to properly operate any plants associated with modern technology. Case in point being the sewerage treatment plants which have been closed since a long time,” he explained. “A desalination plant in Defence Housing Authority (DHA) has been nonoperational for the longest time,” said Farhan Anwar.

Farhan Anwar said that desalination plants were feasible options only for richer countries which had no other option but to desalinate water. “We cannot even manage simple suction pumps, how can we even consider desalination plants,” he questioned. Anwar said that Karachi needed to improve its existing water supply system and focus on the preservation and conservation of water instead.

The desalination plant project, Anwar was alluding to, was built in DHA, in 2007. The project cost was USD600 million (mn). The plant which was made operational in April 2008 was supposed to supply 14 mn liters of potable water to 800,000 people residing in DHA. However, the project has been nonfunctional for many years now.

On contact, an official of DHA Karachi on the condition of anonymity told Daily Times that the plant was nonfunctional due to ‘technical faults’. “DHA has only provided the land for the project, however, it was built and was supposed to be operated by a private company called Cogen limited,” he said. He added that DHA was trying to make the desalination plant functional again.