Previous governments in Pakistan have continued to implement policies that might appear to be promising from the outside but are actually flawed from within. Hopefully the new PTI government will put a stop to this cycle

I know it is too soon to make judgments about khan sahib, but at least we can make him aware that even with his saintly image, he seems to be emulating our previous politicians. This is in regard to some of his policies that were based in self-esteem, and in benefiting only an elite group of people, that they are actually serving, instead of the common man.

This is because in this business, many policies are implemented that might appear to be promising from the outside but are actually flawed  from within. An example of such policies can be seen in Ghana, when Kofi Busia introduced urban based policies by controlling food prices and depleting agricultural resources, which resulted in a decline in their agriculture sector and led to an unsustainable economy.

Ghana soon found itself suffering from a balance of payment crises and foreign exchange shortages. In the end the country had to sign an agreement of devaluation with the IMF. One compelling note from this whole story however, is that before Busia, his political opponent Kwame Nkrumah had applied similar, urban based strategies when he was in charge, and they had the same result. Why then did Busia undertake a failed strategy himself?

If we look at PML-N’s last few years in charge, we can observe the same pattern of imbalance between the agriculture, industrial and services sector. Gradually the agricultural sector declined, with a sharp increase in services and industrial sectors, and these developments led to the same end results: devaluation of our currency and depleted foreign reserves. Again the question arises, why did the PML-N keep pursuing these policies when they so clearly failed to bear fruit?

Sharif, Bhutto and Khan, all promised to fulfil the dreams of Pakistanis and set out upon some idealistic goals for their governments, yet once they came to power, they realised that many of these goals were not practically applicable

A cursory glance at our past can see many such policies that failed, yet subsequent governments continued to implement them. The reason behind this is because everybody is focused on keeping their power, and not on bringing improvements to the country. Just like Nkrumah, Bosia, Sharif, Bhuttos and Khan, all promised to fulfil the dreams of the citizens of Pakistan and set out some idealistic goals for their governments, yet once they came to power, they realized that many of these goals were not practically applicable.

Yet they all continued with those policies in order to keep their political leverage, because in the political sphere, only dreams sell and not pragmatism.

While before elections these lofty promises are made in order to attract voters, after taking charge, politicians spend the rest of the time singing their own praises, and highlighting even their smallest achievements. Like Imran Khan today, they will make moves like withholding all official expenses of the Prime Minister office, or turning the governor houses in to educational institutes, and even though these are commendable moves, there is no focus on things that actually matter, like the country’s future progress. In these circumstances, most moves are made keeping in mind the politician’s self interest or to appease the sensibilities of the common citizen, like lowering inflation.

We have a dire need to for long term policies to ensure a sustainable economy. Policies that are aimed at either to appease the public for a short period of time, or are based in the self interest of the people in power, need to be eradicated. These policies do nothing but provide short term relief, yet can have devastating effect over time. My request to the new Prime Minister and his PTI government is to formulate our future direction based on long term targets, and directed towards the future progress and development of Pakistan.

In these initial days of the new government, I would like to once again remind them of the aforementioned situation in Ghana and the Pakistan, and what the continued implementation of failed policies did to both countries. While some might consider them ignorant for insistence on pursuing unsuccessful policies, in fact they knew exactly what they were doing.

The current PTI government contains of several politicians that were part of these previous governments of PML-N, PPP, and Musharraf that used these tactics. Hopefully Pakistan will not face another Nkrumah and Busia situation, and the new government will realize that there is an urgent need for real, and not just cosmetic, change.

The writer is a LLB student at Punjab University and can be contacted at rabiawali021@gmail.com 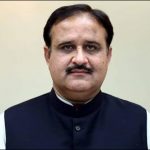