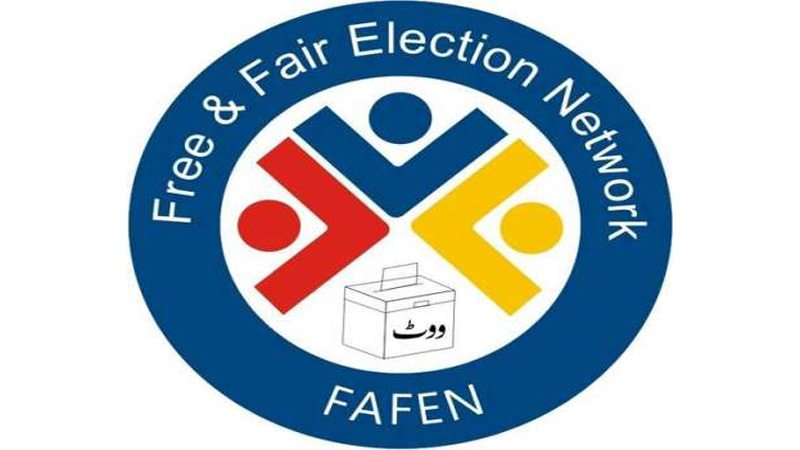 The Pakistan Tehrik-e-Insaf (PTI) leads the list of lawmakers with criminal record in the Punjab province, according to a report published by the Free and Fair Election Network (Fafen).

The Fafen Parliament Monitor report shows that of these 33 Members of the Provincial Assembly (MPAs) in Punjab, 18 belong to the PTI and 14 to the Pakistan Muslim League-Nawaz (PML-N). The only other MPA with criminal record is Muawia Azam Tariq of the Pakistan Rah-e-Haq Party, a front for the banned sectarian outfit Ahle-Sunnat Wal Jamaat (ASWJ).

In Sindh, 20 MPAs, or 12 percent, have reported criminal cases against them in documents filed with the Election Commission of Pakistan (ECP), says the Fafen report. Half of these lawmakers belong to the Pakistan Peoples Party (PPP). Among the remaining 10, four belong to parties in the Grand Democratic Alliance (GDA), three to the PTI, two to Muttahida Qaumi Movement-Pakistan (MQM-P) and one is still independent.

The Fafen report also profiles MPAs in all four provincial assemblies in terms of education qualifications, assets, profession and contribution to party funds.

In terms of assets, the report shows that only the legislatures in Punjab and KP have MPAs whose reported wealth is beyond a billion rupees. There are four billionaires in Punjab Assembly and two in KP Assembly.

In a house of 371 members in Punjab, there are 103 agriculturalists, 84 businesspersons and 28 others who identified with both professions (58 percent). The largest category among the rest is of lawyers (21). Another 18 – 12 of whom are women members – have reported themselves as full-time politicians. These are followed by home keepers (18 women), medical practitioner (three women, four men), educationists (a woman and two men), retired army officers (three men), and a prayer leader (a man).

Eight MPAs have opted for the ‘other’ category that covers consultants, retailers, private jobs, journalists, self-employed, and jobless; and 60 have not declared their professions.

In Sindh, 64 percent of the 168 MPAs have declared themselves as agriculturalist (56 lawmakers) or businessperson (38), or both (20). Seven members, all women, have declared themselves as home keepers; another seven, two women and five men, as lawyers; six, four women and two men, as full-time politicians; four, two men and two women, as educationists; three, a woman and two men, as medical practitioners; and only one man as an engineer.

A majority of MPAs in KP Assembly also declare themselves as agriculturalist, businessperson or both, 57 of 124, or 45 percent. However, those declaring themselves as full-time politicians also constitute a sizeable group in the Assembly, 28 or 22 percent. Among the rest, there are five homemakers, all of them women; five lawyers, a woman and four men; two medical practitioners, a man and a woman; and an industrialist, educationist and a retired army officer. Four have opted for the ‘other’ category and eight haven’t declared their profession.

No funding for members points to weak party organisations: In what signifies weak party organisations, the Fafen report shows that none of the MPAs in all four provincial assemblies received any campaign funds from their political parties. In Punjab, 57 percent of the members have reported contributions to party funds. Of these, 110 belong to PML-N (69 percent of its members), 97 to PTI (55 percent of its members), four to PPP and one to PML-Q.

A third of the legislators in Balochistan Assembly declared contributions to party funds. Of these, 15 belong to the ruling Balochistan Awami Party (75 percent of its members), four to PTI, two to Balochistan National Party and one to Hazara Democratic Party.