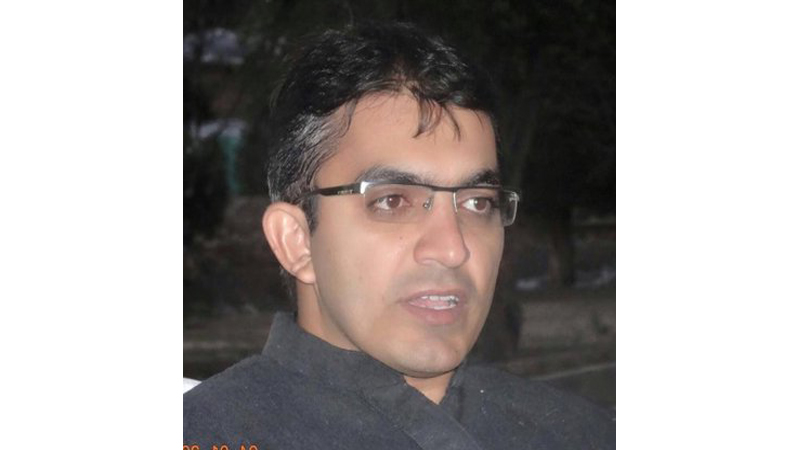 A sit-in underway in a remote North Waziristan village since Friday to protest the killing of two unarmed civilians allegedly at the hands of security personnel ended early on Sunday morning, following assurances by the authorities that no untoward incident would take place in future.

Speaking to the gathering before the sit-in was called off, the newly-elected MNA from North Waziristan, Mohsin Dawar, said the protest had been ended conditionally. “We will return in greater numbers to hold a more vigorous protest if the conditions aren’t met and locals are mistreated in future,” he said, adding, “Today, we have conveyed a message that we want to live on our soil with dignity and with all the rights granted in the Constitution. Our peaceful conduct has also sent out a message that we abhor terrorism and we believe in coexistence.”

Enraged residents of the area had started the protest at Shana Khwarra, a small town on DattaKhel Road, after a man died and at least 10 were injured in firing apparently by security personnel at an earlier protest held in Hamzoni village. One of the injured succummed to his wounds at the Agency Headquarters (AHQ) Hospital, Miranshah.

The Hamzoni protest was held against detention of several residents during raids by security forces following a remote-controlled blast on Thursday. A havaldar died and three other soldiers were injured in the blast.

North Waziristan has witnessed a series of sporadic bomb blasts in the last couple of months. 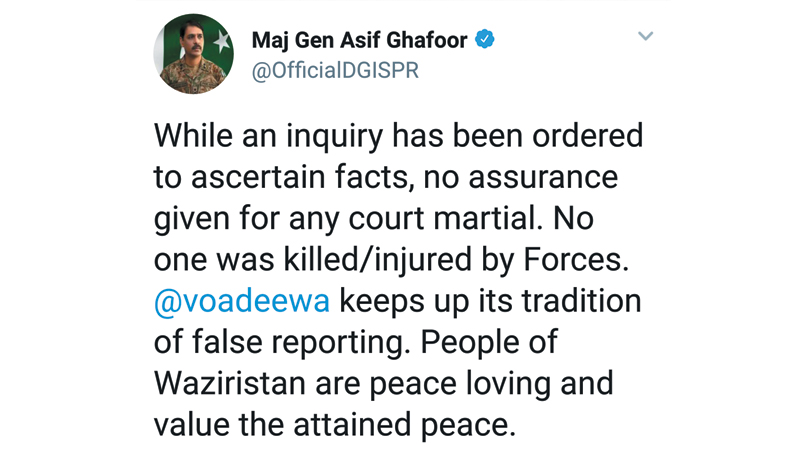 Sharing details of the demands met by the authorities, MNA Dawar, a key leader of the Pashtun Tahafuz Movement (PTM), said that security forces had assured to conduct an inquiry and bring to task those responsible for the fatal shooting, to take local elders or administration officials into confidence before conducting any future raid in civilian areas, and to refrain from imposing unannounced curfews. The security forces also agreed to raise the compensation money for the two deceased to Rs.1.5 million each and for those wounded to Rs.1 million each.

Earlier, during his visit to the Miranshah hospital to inquire about the conditin of the injured civilians, Major General Mumtaz Hussain had announced Rs500,000 each for the deceased, and Rs200,000 each for the wounded as compensation.

The joint opposition in the National Assembly had also taken notice of the shooting incident. Following a meeting to deliberate on the nominee for the upcoming Presidential election, PML-N lawmaker Ahsan Iqbal said the issue would be investigated and those responsible for the killing of unarmed civilians taken to task.

In their statements on social, Ali Wazir, another PTM leader elected to the National Assembly from neighbouring South Waziristan, vowed to raise the issue at every available forum. Afrasiab Khattak, former senator of Awami National Party (ANP), condemned the government for not having appointed a full time Interior Minister. “The vacuum is due to factional infighting in PTI,” he stated.

Media blackout condemned: Dozens of social media users condemned the mainstream media outlets for not giving coverage to the shooting incident and the subsequent protests. Under the #Miranshahsitin, these users highlighted that there was a blackout of the incident on all private news channels.