A model for corruption free development in Pakistan

Inclusion of scientists, researchers and engineers from the community will ensure generation of right ideas 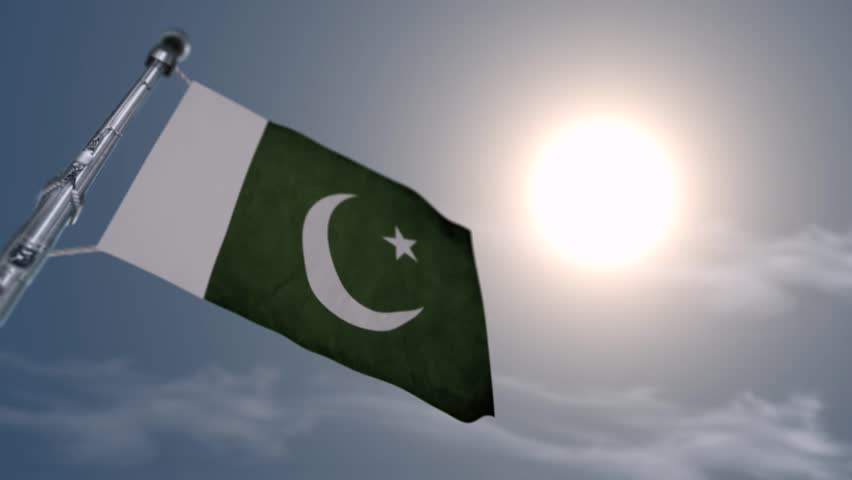 This article is not meant to criticise the government, bureaucracy, any political party or an individual but is a proposal for a potential positive change, pertaining to fighting corruption in Pakistan, in general, and in Balochistan, in particular.

While there is a great deal of consensus that Balochistan is already deprived of a lot and at times most of its basic rights and is the least developed region of Pakistan, it is also among the most corruption-ridden regions. In my opinion, the so-called MPA, Minister’s development funds are one of the dominant reasons of corruption.

Of course a cause and effect analysis would tell that the lack of organisational foundation makes it impossible at present time to go ahead with necessary development works without releasing such funds. But the ease with which these funds can be exploited for personal gains is the reason many politicians are in the business without “endorsing” the true aims and ambitions of doing politics i.e. to help making policies and serve the constituency.

It may be easy to overlook the importance of such development projects but in effect these projects include proposed developments mandatory for the very backbone of the society (e.g. schools, electricity infrastructure, roads, dams, parks and farms, irrigation systems, sewage systems, water supply etc.)

While corruption free development and build up of such projects are essential for any region but are even more urgently required in regions like Balochistan, where many of its parts are completely deprived of basic necessities of life.

These studies, based on both practical and theoretical data analysis, recommend some general modes of fighting corruption. Nonetheless, for a situation as particular as the use of development funds in Balochistan, the government or concerned bodies need to devise a strategy to curb corrupt practices currently happening around these funds.  In this regard, I am proposing a model herein for undeviating the development funds for greater benefits to the projects vital to the well being of the people.

A rough scheme of dealing with development funds in the current setup is that once the funds are allocated the policy makers come up with ideas of projects. Then the allocated funds are assigned to that particular project, a feasibility study of the project is done followed by ground work and inspection by concerned departments.

Although this flowchart of the current setup on papers may seem not that bad to many, however, most if not all the small projects are not nearly a success if at all they are finished. 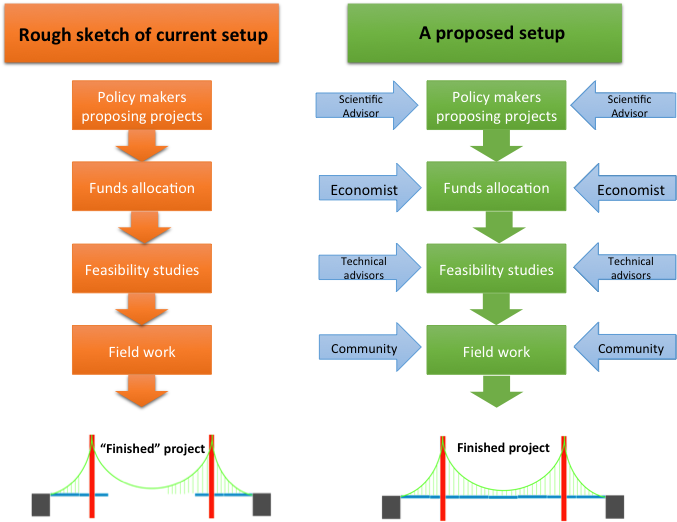 Although the share of Balochistan in country’s tax money have seen an awe-inspiring growth in the recent past, however, this is not translated into the lives of common people due to corrupt governance. I believe that community engagement in every step of the flow of works on development projects can be a way to eliminate many discrepancies.

Depending on the kind of project community here refers to a group of researchers, university professors on government payroll or in private institutions, industry experts, economists and finance specialists from eminent firms who are ready to volunteer or contribute as consultants. I believe that inclusion of community from idea generation to selection of the right contractors based on merits to administering and inspecting the project groundwork will ensure smoother developments.

For example idea generation for new projects are currently a challenge especially in Baluchistan so much so that about RS40 billion development funds remained unused while most of Baluchistan is deprived of even the most basic necessities of life. For example, the load shedding in Makran currently stands at more than 12 hours a day. The peak electricity requirement of entire Makran division is not more than 55 MW, which is currently intermittently supplied by Iran.

The capital cost of a 55 MW solar power plant is approximately Rs. 5 billion.  If one eighth of a couple of years of unused development funds can solve the power issues of entire Makran division for life but the funds go unused is an evidence of lack of idea generation. Inclusion of scientists, researchers and engineers from the community will ensure generation of right ideas. I offer my services voluntarily for any relevant project and I am sure there will be plenty of people like me who will be willing to be great helping hands in building our society.

The author is a Scientist at the University of Cambridge. His research work is on Space based problems in collaboration with European Space Agency (ESA).