Women face the brunt of water shortage in deltaic regions

* In Thatta district, where acquiring water for every day consumption is considered a woman’s responsibility, young girls, elderly women and even pregnant women have to walk for miles to find water for their families 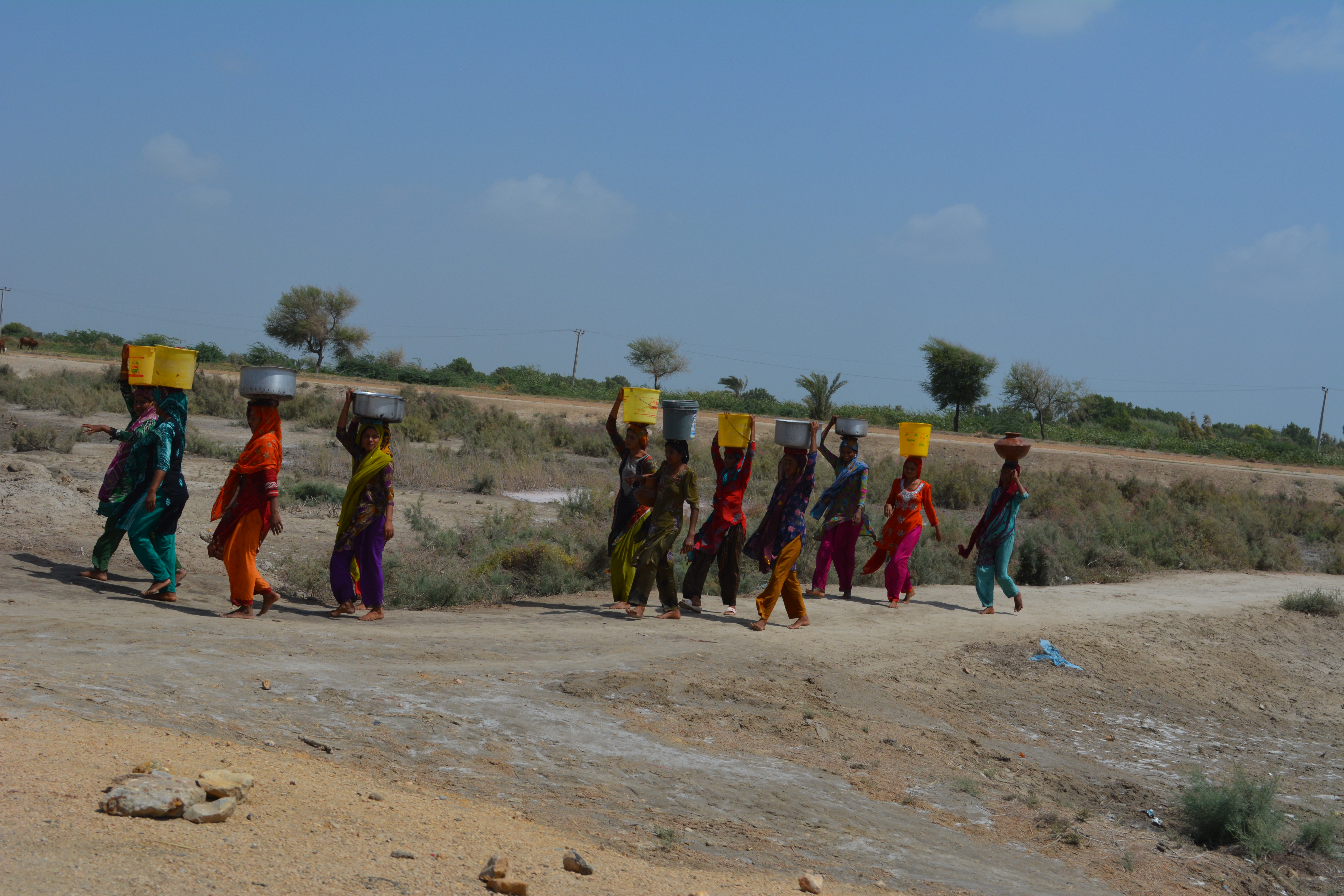 KARACHI: Travelling through the vast terrain of Thatta’s barren lands, one only finds salt tolerant plants, date palm trees and scattered patches of green cover. Scattered here and there, in small pockets, are patches of land devoted to crops which grow on less water such as sunflower.

At some places, in mysterious makeshift huts made out of sheets of date palm leaves, locals grow ‘Arecanut’, more commonly known as betel leaves, as crops. 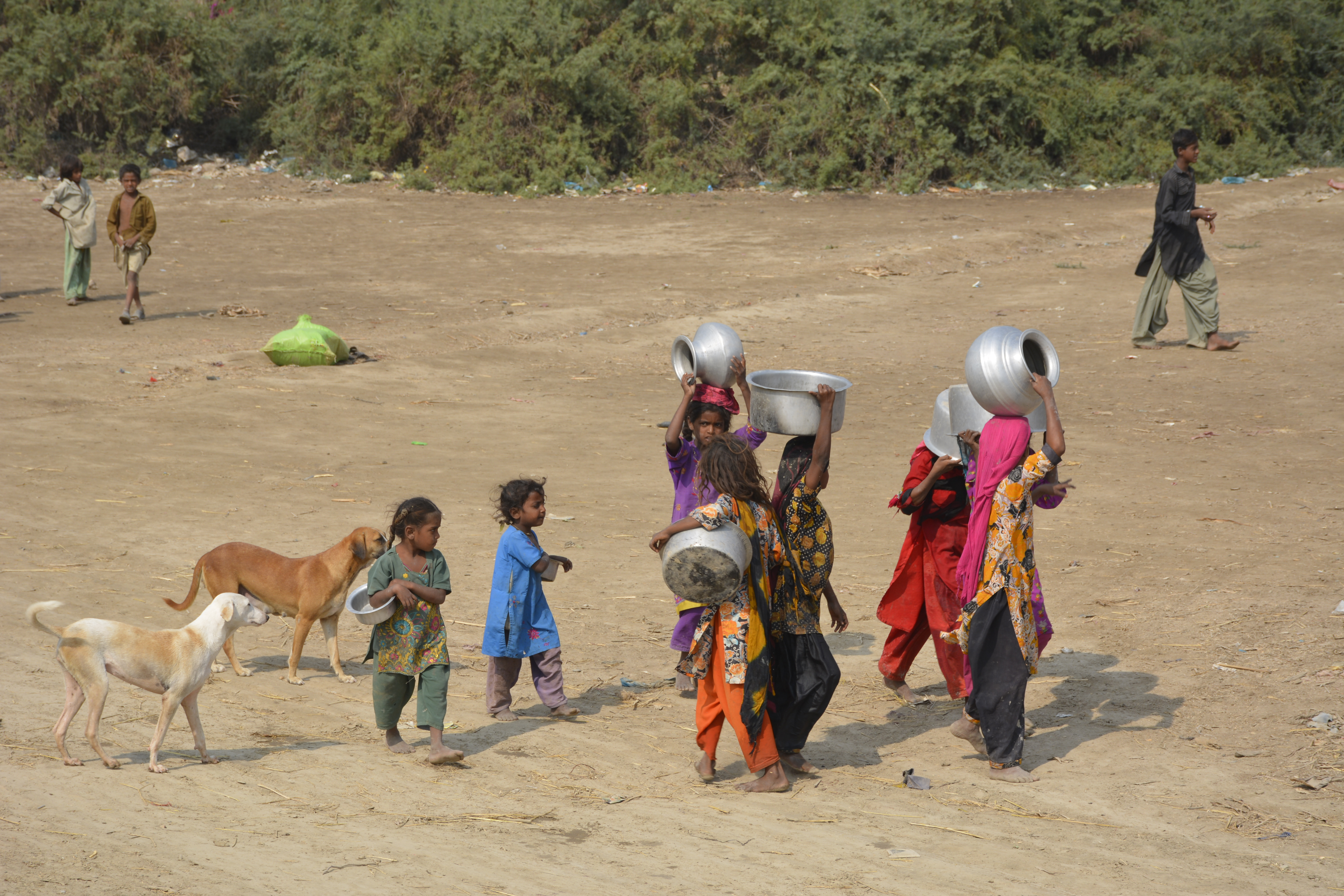 This part of Karachi’s neighbouring Thatta district once nestled swathes of fertile land between seventeen major creeks branching off from River Indus. The Indus River delta where the Indus empties out into the Arabian sea is also located in this region. These once-fertile pockets of land have now turned barren.

The Indus River, in all its might, used to split into creeks which pushed the saline sea water back. However, due to rampant construction of dams and barrages, the flow of water in these creeks decreased substantially. This resulted in an inflow of sea water which made acres of arable land infertile. 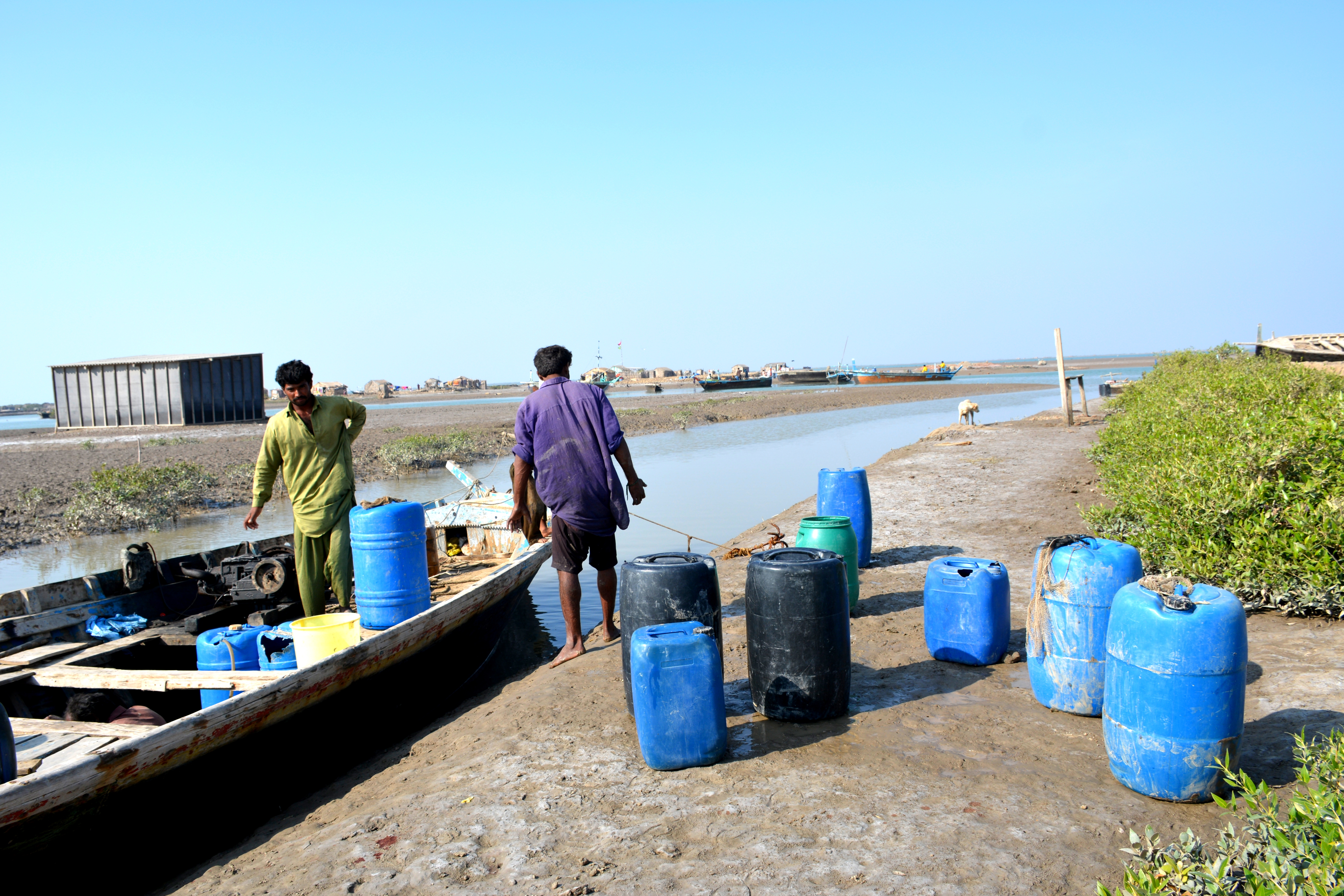 Consequently, two major sources of livelihood and sustenance in the region; livestock and agriculture stopped completely. Communities residing in the region, especially women are suffering from malnourishment.

Noor Muhammad Khaskheli Goth, a small village comprising of approximately two dozen households, is located 3 kilometres (kms) west from Bohara city. It is here that Khadija, a teenager fills a canister up with water from a hand pump. While collecting water for her family’s consumption, Khadija tells Daily Times that despite the destruction of all indigenous natural resources, she is still grateful that she has access to water at her doorstep. “Even though the water is of a questionable quality, at least I can get water whenever I want,” she adds.

However, not everyone is as fortunate as Khadija in this region. This part of Sindh faces an acute water shortage and women have to face the brunt of it. 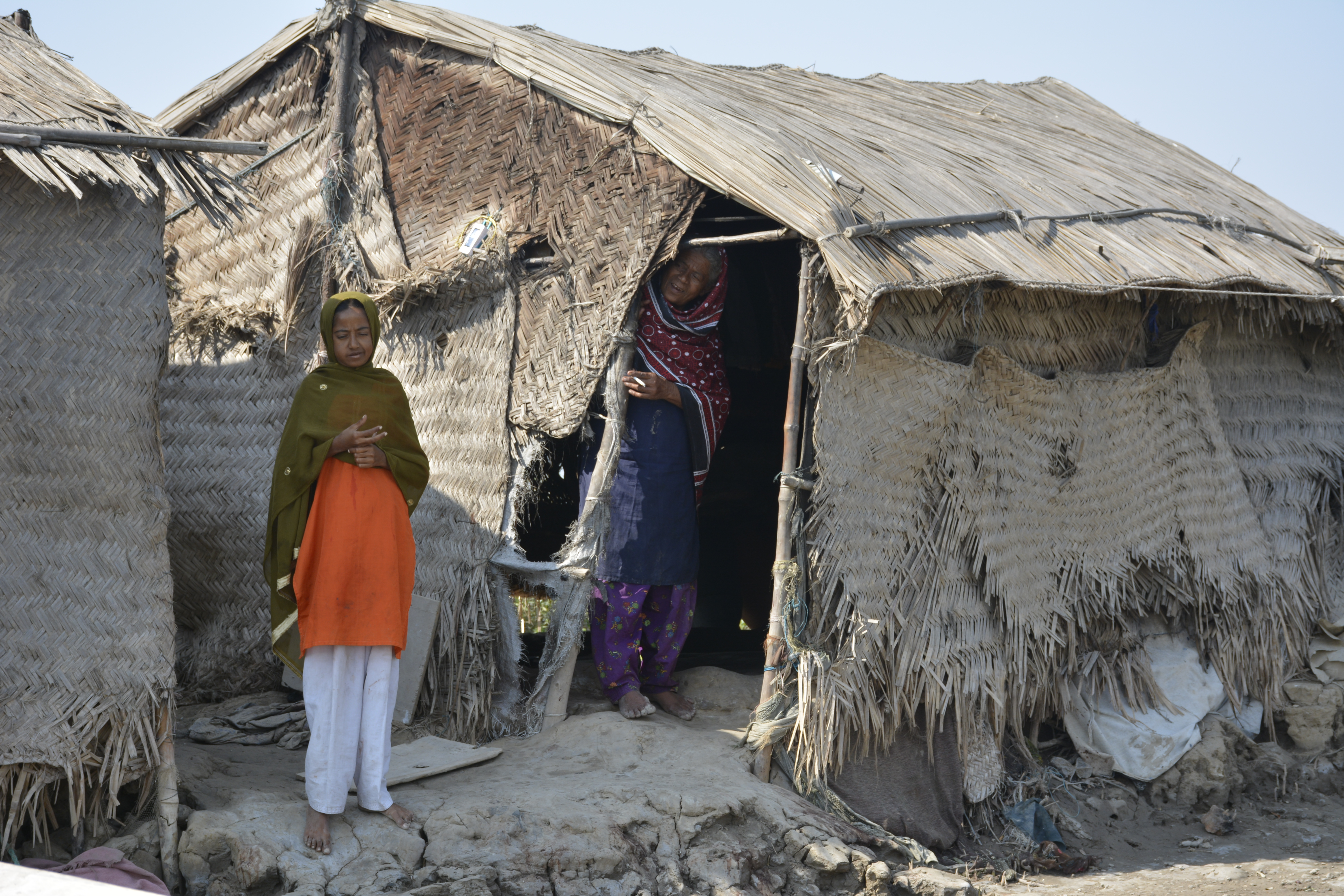 Outside Bohara city, a group of around a dozen of young girls, carrying cooking pots, jerry canes and bottles, search for water every day. These girls are the residents of a small village in the deltaic region of River Indus in southern Pakistan. As per the local tradition, these girls have been entrusted with the task of searching for new water sources and fetching water for their families.

In this part of Thatta district, young girls, women and even pregnant women have to carry canisters and walk for miles every day to acquire water for every day consumption. Women also have to plan how to conserve water during routinely activities such as cooking or bathing

This is the region where River Indus meets Arabian Sea. Upstream diversion of river Indus water due to construction of dams and barrages on Indus has reduced the river flows drastically. Most of the creeks, where Indus was flowing in the past are now lying dry or soaked with seawater.

A recent report of the Pakistan Council of Research in Water Resources (PCRWR) disclosed that the Pakistan which is at present a water-stressed country was declared as a country on ‘water stress line’ in 1990. In 2005, the country crossed ‘water scarcity line’ according to the report. The report further warned that Pakistan will be absolutely water scarce by 2025. 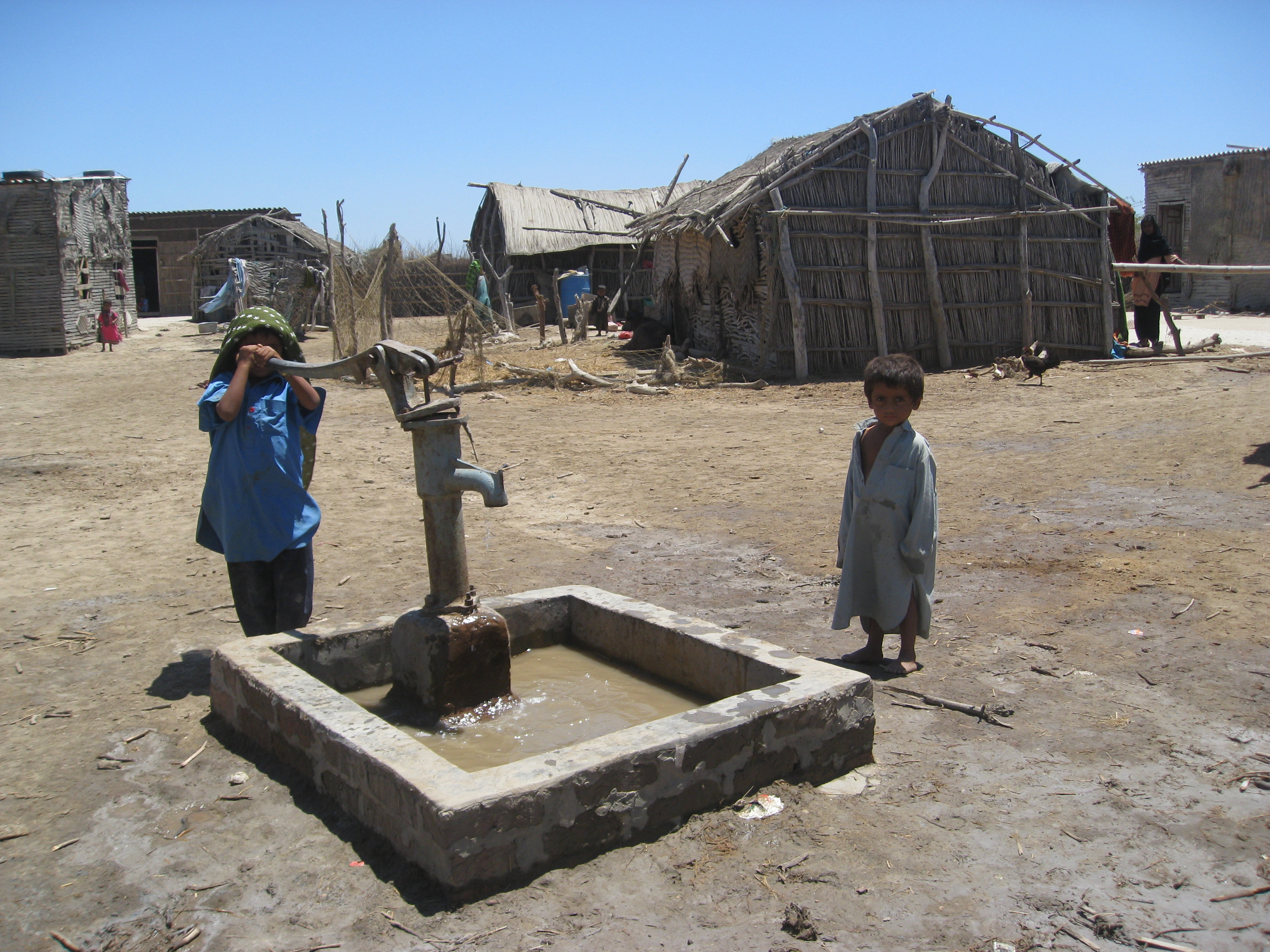 In addition to towns and villages scattered between Indus River creeks, human settlements located on deltaic islands are also getting negatively impacted by water shortage. These deltaic islands are scattered along estuary of River Indus near Arabian Sea. In order to provide water to these island settlements, water needs to be transported from Keti Bunder town. A boat leaving for the remote Tipan Island takes two and a half hours to reach. 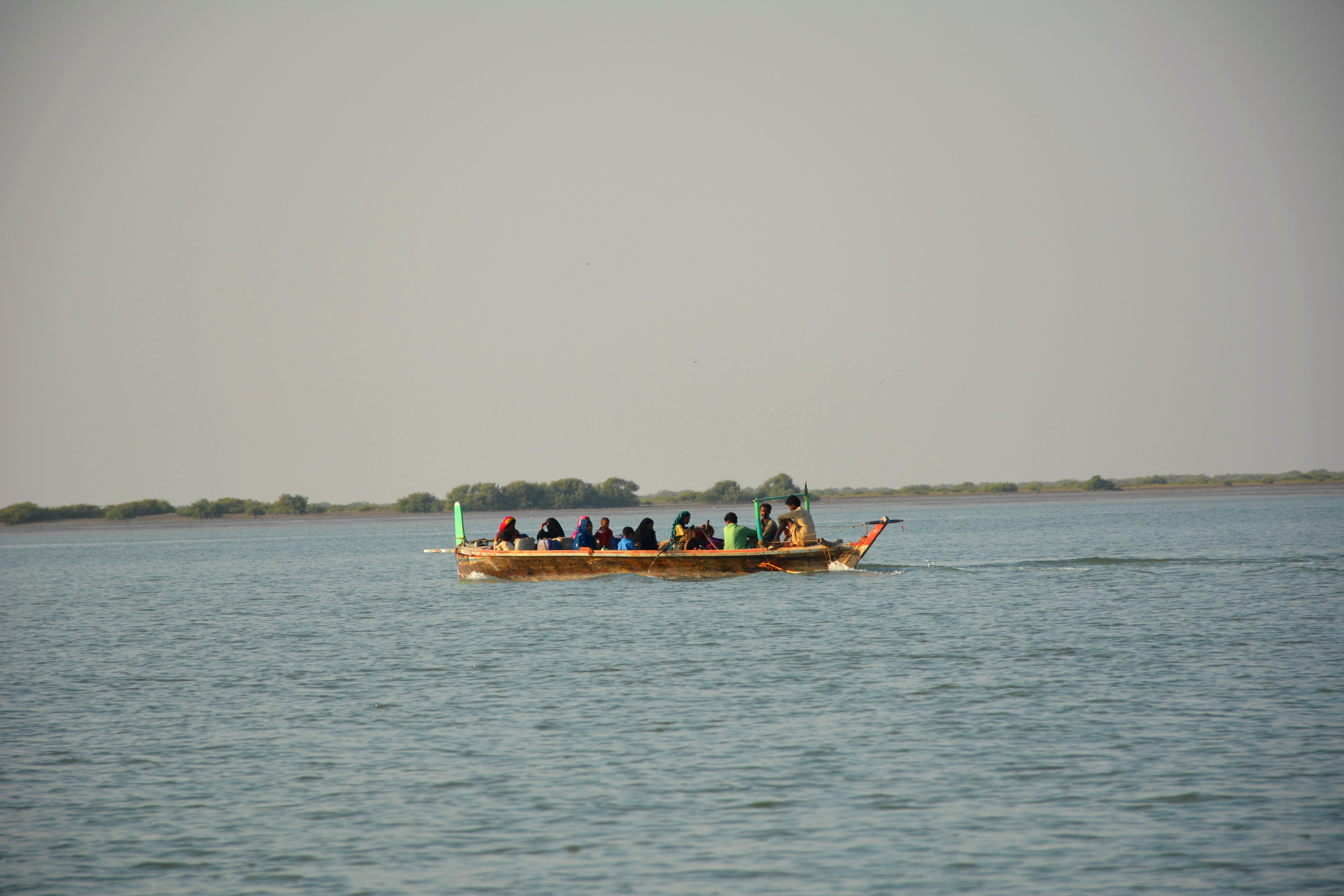 The land on most of these deltaic islands is submerged twice a day from the tides of Arabian Sea but there is no source of freshwater and communities have to import water from land. Three times a week, a boat, carrying water in large containers arrives at these islands to provide water for household consumption.

On one such island, Hava Dablo and her family wait for the boat so they can purchase water for the next three days. “I will pay Rs150 for 48 liters which is half of the daily income I earn from fishing,” Hava tells Daily Times.

Many of the locals have left their native places and migrated to other cities due to the water shortage. Only those who cannot afford moving to a new place are left behind now.