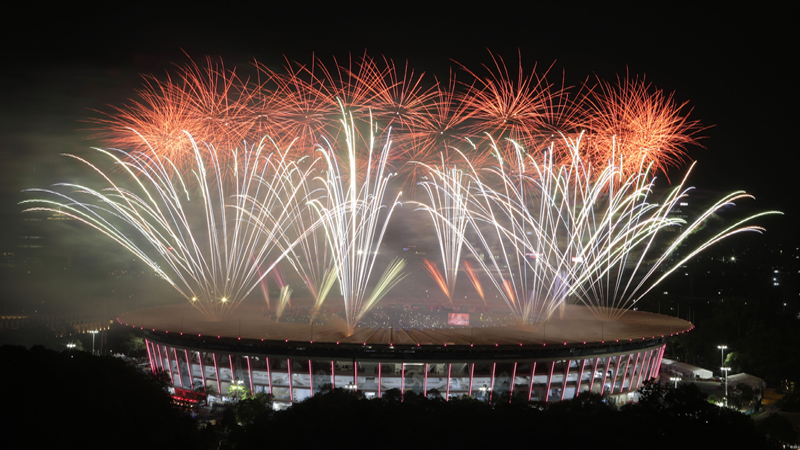 JAKARTA: The 18th edition of the Asian Games kicked-off with a dazzling opening ceremony and brilliant fireworks at Gelora Bung Karno Main Stadium here on Saturday evening. The Asian Games were declared open by Indonesia’s President Joko Widodo, who entered the stadium on a motorbike in a spectacular fashion to the delight of a full house. A burst of fireworks followed the announcement, marking the start of the two-week tournament to be held in Jakarta and Palembang in Sumatra. The colourful two-and-half hour ceremony combined trend with tradition, while also poignantly observing a minute’s silence in memory of the 460 killed in the earthquakes that rocked the resort island of Lombok this month. “We are proud, we are honoured by the arrival of the special guests from 45 countries,” Widodo told the crowd of 50,000 packed into the same arena where the 1962 Games were opened. “During the 18th Asian Games we, the nations of Asia, want to show that we are one in brotherhood.”

The North and South Korean athletes illustrated that sentiment at a localised level by marching together under a common flag featuring a map of the divided peninsula. It is the second such symbolic gesture this year by the two Koreas, who also walked together at the Pyeongchang Winter Olympics opening ceremony — an event that heralded an unprecedented warming of ties. South Korean Prime Minister Lee Nak-yon and North Korean Deputy Prime Minister Ri Ryong-nam, watching from the VIP seats, rose together holding hands and beaming as the Korean athletes marched. 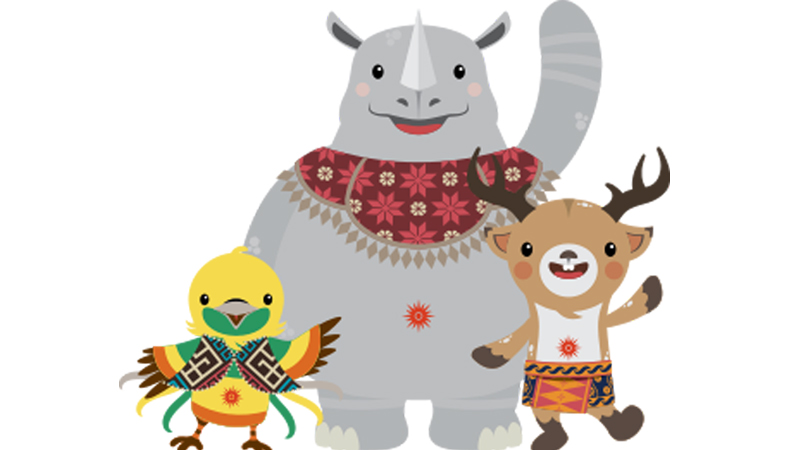 This will be the first time the Asian Games are co-hosted in two cities. The Indonesian capital of Jakarta hosted the Asian Games earlier in 1962. The events will be held in and around the two cities, including venues in Bandung and Province of West Java and Banten. All 45 members of the Olympic Council of Asia are participating. No doubt, the glamorous opening ceremony showed the world that Indonesia was a big nation capable of hosting an international event. Jakarta has had less than the normal amount of time to prepare. It was selected four years ago after Vietnam, the original hosts, pulled out because of financial problems.

There was a huge cheer for the Palestine contingent and Kuwait’s team were also able to march after a ban from the Olympic Movement, imposed nearly three years ago for government interference in sport, was provisionally lifted on Thursday. Olympic Council of Asia president Sheikh Ahmad Al-Fahad Al-Ahmed Al-Sabah hailed his homeland’s return. “We are proud that the Kuwaiti athletes after so many years are participating under the Kuwaiti flag … to complete the 45 flags of all our members,” he said.

The opening ceremony, which was witnessed by millions of spectators around world, featured renowned Indonesian singers such as Anggun, Raisa, Tulus, Edo Kondologit, Putri Ayu, Fatin, GAC, Kamasean and Via Vallen. The opening-ceremony stage, with features of 120-meter length, 30-meter width and 26-meter height, showcased a towering mountain as its background, accompanied by Indonesian beautiful, unique plants and flowers. This stage, manually made by artists from Bandung and Jakarta, was the arena for a total of 2000 dancers who performed superbly. Having trained for months, these dancers performed an energetic and elegant show alongside an orchestra of hundred musicians. The Games also introduced three mascots namely Bhin Bhin, Atung and Kaka. The mascots represent three aspects of these competitive Games, being: Strategy, Speed and Strength. Each mascot wears special attire inspired by the traditional textiles from Papua, Jakarta and Palembang. Bhin Bhin comes in the image of the Cendrawasih or Bird of Paradise (mainly found in Papua), Atung is a Bawean Deer, symbol of speed, and Kaka is a Rhino representing strength. Security was heavy for the opening ceremony. Around 100,000 police and military were on guard with another 100,000 in reserve. The climax of the ceremony came when former Olympic badminton champion Susi Susanti carried the Games’ torch to the summit of the volcano and set off a spectacular display of fireworks.

The Asian Games are the oldest and most prestigious event on the Olympic Council of Asia calendar. Like the Olympic Games, they are held every four years. The Asian Games follow the sports programme of the Olympics, with athletics and swimming as core sports, as well as featuring disciplines which reflect the diverse sporting culture of the continent. For diversity, the Asian Games offer many sports that are unseen at the Olympics but native to Asia; kabaddi, kurash, a traditional martial art from Uzbekistan, pencak silat, an Indonesian martial art. Esports will also get a look as a demonstration sport, and jet-ski is also on the schedule. The Games, which run through September 2, also showcase sports climbing and skateboarding, two events being added to the schedule for the 2020 Tokyo Olympics. 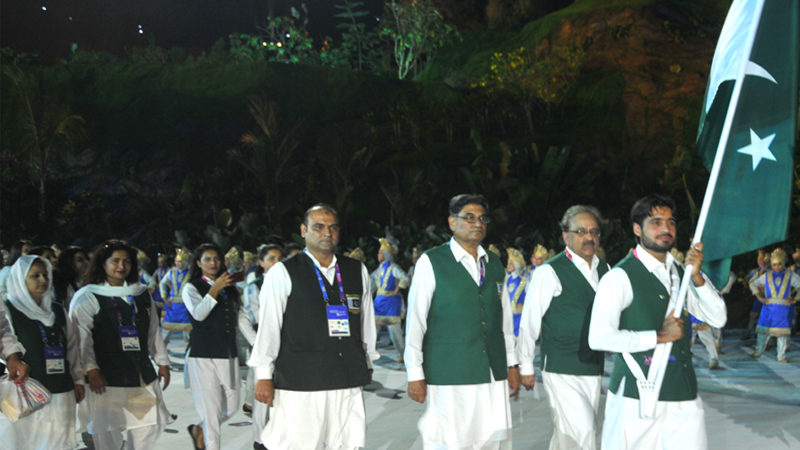 More than 10,000 athletes and 5,000 officials from Asian countries are participating in the Asian mega event. Forty sports, 67 disciplines and 463 events will be held with seventy-six venues — 53 for competition and 23 for training — to be used. Despite its quirky qualities, the Asian Games are also a serious proving ground for powerful teams from China, Japan and South Korea, and a chance for smaller nations to win medals that are out of reach at the Olympics. The first edition of the Asian Games was held in New Delhi in March 1951. The 17th and most recent edition of the Asian Games took place in Incheon in September and October 2014. It was the third time South Korea had staged the Olympic Council of Asia’s showpiece event, following in the footsteps of 1986 hosts Seoul and 2002 hosts Busan. Indonesia is certainly large enough to think of itself as an Olympic country. With 260 million people, it’s the world’s fourth-most populous nation after China, India and the United States. It’s comprised of about 13,500 islands the government says 922 are permanently occupied that stretch about 5,100 kilometers (3,200 miles), which is greater than the distance from east to west in the continental United States.