Now is the time for British expats to invest in Pakistan

If the government needs to jump start this country’s economy, it would need to rope in the Pakistanis that have the utmost confidence and respect of the mega conglomerates of the international corporate establishment 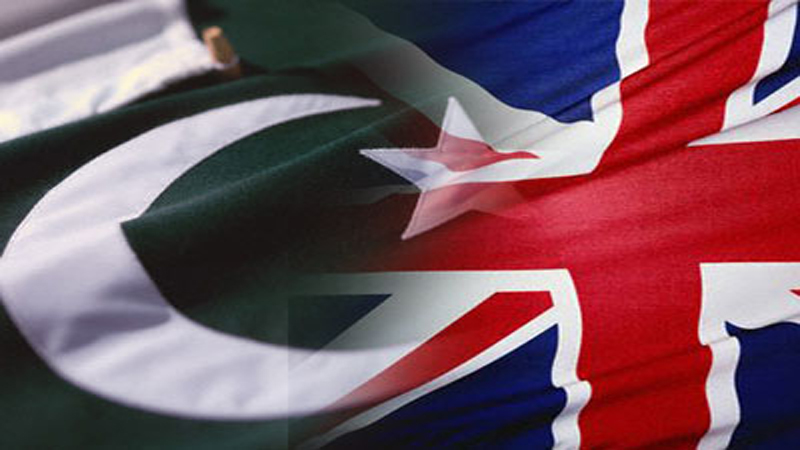 From being labeled as a terrorist country, not progressive and an unsafe place to live to being a country climbing the ladder of progression and development, Pakistan has really come a long way in the past decade. While there is still a long way to go for it to be counted as one of the countries of the world truly on path to become a developed nation, however, the efforts the nation and its citizens are putting in to constantly scale up its reputation and economy are commendable.

The country’s economy ranks 25th in the purchasing power parity category worldwide and it has the 42nd biggest GDP worldwide. It is also counted amongst the Next 11 which is the group of the 11 countries that possess an amazing potential to become the biggest economies in the world in the 21st century. This is not just a theory, but is backed by real time proof. Pakistani citizens, particularly its youth have proven time and again that the country is no less than any other state globally when it comes to talent and skills.

Only recently, Team Auj from the National University of Science and Technology (NUST) built a brilliant single-seater Formula race car. What’s even more amazing about the team is that it comprises of girls only. Who would have thought that a country where women were barred from going outside of home and were just deemed enough to cook food and look after the house would one day produce an entire team of talented, strong and confident ladies who didn’t hold back and succeeded in creating a Formula race car. Not just can the youth of Pakistan make Formula racecars, it also breeds Formula 1 racers. Saad Ali is the first and so far the sole Pakistani to have become a Formula 1 racer which was his lifelong passion.

Another Pakistani who is worth mention here is Haroon Tariq who obtained 87 A’s in his IGCSE O and A Levels. Awais Imran is another talented young man from Pakistan represented his country in the international Telenor Youth Summit, 2013 and has designed ShotDrop which is a fantastic app that got a staggering 50,000 downloads in just 6 months. Age is certainly not a boundary for Pakistani youth when it comes to talent since the country is proud to have the youngest ever smartphone app developer worldwide- Haris Khan. He created the ‘Super Soccer Kick’ app when he was just 11 that made him famous across the globe. Another brilliant and talented Pakistani is Laraib Atta who is the youngest and first female visual effects artist from Pakistan working in Hollywood. She has done visual effects for famous movies such as The Chronicles of Narnia: The Voyage of the Dawn Trader, X-Men: Days of Future Past, Gravity and Godzilla.

When talking about talent, one has to mention Sarfaraz Alam who is a veteran Pakistani IT entrepreneur & expert who’s leadership have made several mega IT infrastructure projects delivered for various Government in the in the Middle East. Under his leadership, the team of skilled IT experts in his company from various regions in the world, have delivered the installation of communication networking for two Satellite Tracking Ground Stations in the UAE, helping to make the country completely independent in their space/ secure communication program. He is also the founder/CEO of HashMove, a Silicon Valley startup which is soon ready to disrupt the complete Logistic businesses in the world, and the founder/CEO of RORY, a construction related marketplace.

Not just that, but the number of startups in Pakistan is growing at an exponential rate every year. Amazing startups like Bykea, MicroPower Labs, Cert Cars, Patari and Car Chabi have done fairly well in the country and are also grabbing attention from foreign lands and investors. Since Pakistan is brimming with talent and its youth is proving itself time and again, it is now the right time for Pakistan expats across the world to give back to their birth country and invest here. This would only bring forth more growth for the country and enable it to soon achieve its goal of becoming one of the Developed States of the World. Also, it would bring in more growth and opportunities for the expats.

Wasim Ahmed, 32 is a British Pakistani who believes the same. He is a Pakistani expat currently living in UK who has invested in several startups and organizations in the country and aspires to do the same in the future. Additionally, he has also founded the ‘Oxford Creative Hub’ which is a creative and collaborative space that is operating in Oxford, UK and Wasim plans to start its branch in Lahore, Pakistan soon too. What’s more amazing is that he has hired a team from Pakistan comprising of content writers, web developers, graphic designers, marketing managers and social media handlers to deal with his international clients.

Parvez Abbasi is another Pakistani expat in the UK who strongly believes in supporting the Pakistani talent. He has done so by establishing the National Incubation Center in Islamabad which currently incubates several startups that have quite a promising future. Parvez also mentors all the startup founders to help them grow personally and professionally.

The examples of Wasim Ahmed and Parvez Abbasi clearly exhibit their faith in the Pakistani talent and their commitment to assist Pakistan in its growth. There are several other Pakistani expats who are investing in Pakistan, but there is a need for more such investors. Now is the time to support the Pakistani economy because the country is definitely rich in culture, talent, potential and above all, determination.

If the government elect needs to jump start this country’s economy, it would need to rope in the Pakistanis that have the utmost confidence and respect of the mega conglomerates of the international corporate establishment. These new titans can prove to be the agents of change that Pakistan just might need and the incoming government must capitalize on this latent opportunity.