* A faction in the party still bears a grudge over agreement to give ministries that hold government's purse strings to the PTI
* If the CM's election tomorrow is in accordance with the August 8 meeting, BAP-led govt will face an opposition not seen in the province in the preceding decade 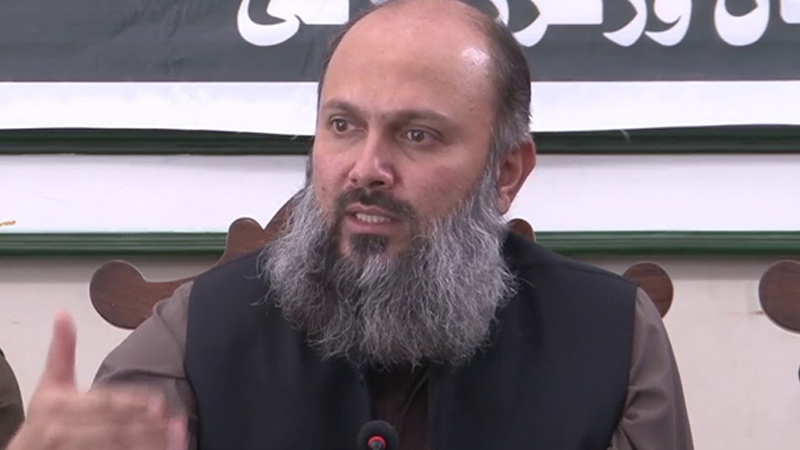 Quetta: Barring any last minute developments, Balochistan Awami Party’s (BAP) Jam Kamal appears all set to be elected as the next chief minister of the restive south-western province on Saturday (tomorrow).

He was nominated for the post in a meeting held on August 8 between the leadership of BAP, the majority party in the provincial legislature with 15 general seats, and its allies – Pakistan Tehrik-e-Insaf (PTI), Hazara Democratic Party (HDP), Awami National Party (ANP), Balochistan National Party (BNP)-Awami, and Jamhoori Watan Party (JWP). The aggregate number of seats held by the BAP-led coalition is 33 – PTI has five seats, ANP three, BNP-Awami and HDP two each, and five are still independent. The addition of reserved seats is likely to take the group’s strength to 42.

The coalition has already elected its speaker, Abdul Quddus Bizenjo, who was elected CM for a brief period in the last five-year tenure of the Assembly following the ouster of PML-N-led provincial government of Nawab Sanaullah Zehri.

In the other group are BNP-Mengal with its seven general seats, Mutahidda Majlis Amal (MMA) with eight seats, and Pakistan Muslim League-Nawaz (PML-N) and Pakhtunkhwa Milli Awami Party (PkMAP) with a single seat each. Initially, the group tried to form government with BNP-Mengal leading the effort from the front, but the deal appeared sealed for BAP and its allies following the August 8 meeting. However, with 17 general seats and at least five reserved seats, the BNP-Mengal led group will be the strongest opposition the province would have seen in the last decade. In the 2008-13 Assembly, there were just a couple of opposition members. In the previous tenure (2013-18), the oppositionn strength rose to 13 members.

The government formation in the province is far from smooth sailing, since there are still disagreements between BAP and PTI over the allocation of ministry portfolios. Being the leading partner, BAP wants to have a lion’s share of the ministries. PTI, on the other hand, believes that BAP can’t form a stable government in Balochistan without its support, therefore, it should get the most sought after ministries of Planning and Development (P&D) and Finance.

Sources privy to the negotiations between the two parties believe that after the intervention of Jehangir Khan Tareen, BAP has half-heartedly agreed to PTI’s demands. However, some BAP bigwigs from the Naseerabad division aren’t happy with the arrangement, and they may raise objections on the last moment.

In case of a last minute rift, the government formation equation will be disrupted. Shahzada Zulfiqar, a senior journalist, says that if PTI does not join the government due to a dispute on allocation of ministries, then the unity in the BAP ranks can also be affected. “In such a scenario, it’s very much possible that a faction within BAP will go ahead and form a government by joining forces with BNP-Mengal and JUI-F [an MMA party],” he says.

If Tareen’s efforts pay off, and BAP, PTI and their other allies get Kamal elected as the CM today, the coalition’s days in power will still be far from an easy ride. The BAP-led government will be the first in a while to be led by a provincial party. Though Hasil Bijenzo’s National Party (NP) got its candidate elected as the CM in 2013, it was still the smaller partner in the coalition led by the PML-N.

Malik Siraj Akbar, a Washington D.C. based analyst, welcomes the new trend of a Balochistan-centric party leading the government in the province. “Unfortunately, having the same party in the centre and in the province as the leading ruling party has not helped much in solving Balochistan’s problems,” He says.

He believes that a new working relationship may evolve between the province and the centre with BAP in Quetta and PTI in Islamabad. “After all, the BAP leaders base their party on the philosophy of getting Balochistan its due rights without being manipulated by the central government.”

Moreover, the BAP nominee for CM, Jam Kamal, has expressed his intentions to bring governance reforms in the province. Sources within BAP reveal that Kamal plans to establish complaint cells in all divisional headquarters and one central cell in the CM House. These steps will require support of all BAP members, and it’s still not clear if Kamal will be able to get that given the reservation of members over distribution of ministries. Zulfiqar believes that Kamal has noble intentions in proposing governance reforms, but that will not address the province’s core problem. “The most pressing issues in Balochistan are the armed conflict, demographic changes, and the equitable distribution of proceeds from mega projects like the China Pakistan Economic Corridor and Rekodiq,” he says, adding, “Ignoring these issues and only focusing on governance reforms will not help much in brining positive change in Balochistan.”