When the British took over Umarkot 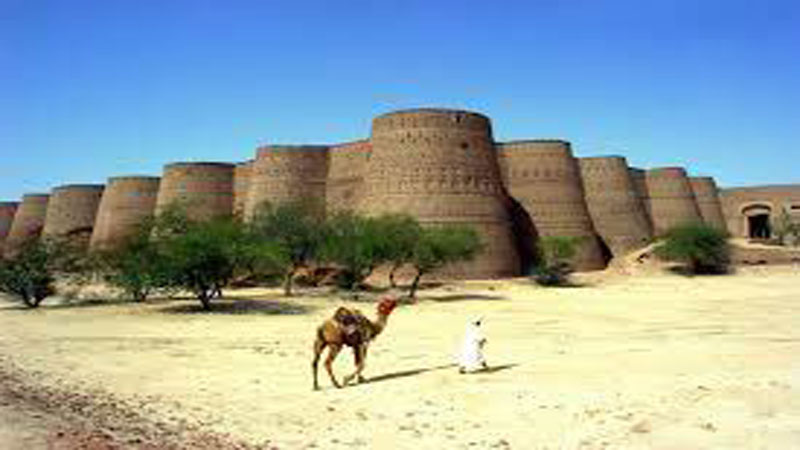 Sindh, the land of mighty River Indus is blessed with many natural resources. Throughout ages its inhabitants have possessed best of skills ever known to man. It was none other than ancient Sindhis times who gave the world concept of well-planned towns and cities. This was the time when Sindh became a super-power and was the gateway of culture and civilization.

But invasions ruined the cities, culture and civilization of this mighty land. Apart from many skills, the people of Sindh were also blessed with the art of building forts, castles and monuments which are still unique in their interior and exterior structures.

Among such forts are the Ranikot, Kot-Diji, Kalakot, Nerunkot, Umarkot, Kafirkot, Karachi Kot (Kalachi/Kalati Kot), the Kacha Qilaa, the Pakaa Qilaa, Lonikot and others. Umarkot (Amarkot) and the fort of Umarkot, is of great importance in the history of Sindh. One of the Sindhi legends Umar Marui is related to this fort. Umarkot falls in the Thar district of Sindh.

Ishtiaq Ansari on pages 212-213 of his book Sindh Ja Koata aein Qilaa (Forts of Sindh), published in 1996, provides a complete historic background of this fort. In 559 AD the Parmar were its rulers until Mandhan Rai married the daughter of Rajah Sodha and took hold of Amarkot.

The British signed a treaty with Sindh ameers, but after their defeat in Afghanistan, they violated the terms and invaded Sindh in 1843. The fort’s name was changed from ‘Amarkot’ to ‘Umarkot’

Tejsingh Solanki, in his book History of Amarkot-Sindh says: Mandhan Rai took control of the fort in 559 AD. In 997 AD, Raja Daat gave Amarkot to his son Joghraj. In 1043 AD Sameer Singh the lord of Amarkot attacked Doosajee’s country.

Dodo Soomro III entered the fort in 1330 AD after defeating Jarija. In 1333 AD, Dodo Soomro III took refuge at Amarkot when Khilji attacked. Solanki (1934) writes that Amarkot was anglicised by the British to Umarkot after they invaded Sindh in 1843.

However, Dr AR Butt in his research paper titled The Earliest Newspapers of Sindh claims that Karachi was already in the hands of British since 1839.

A treaty between ameers of Sindh and the British was signed in 1839 and according to its terms, the ameers would help English troops in Afghanistan, while British would help Sindhis fight against their enemies.

But after their shameful loss in Afghanistan, the British violated the terms of the treaty and invaded Sindh. 0n 17th Feb 1843, the ameers surrendered before English troops and ground of Miani near Hyderabad. Hosh Mohammad (who was given the rank of general by British for his gallantry) and Sheere Mohammad did not surrender, so another battle was fought at Dubba on 24th March 1843, in which both these great soldiers were killed and the conquest of Sindh was finally announced. 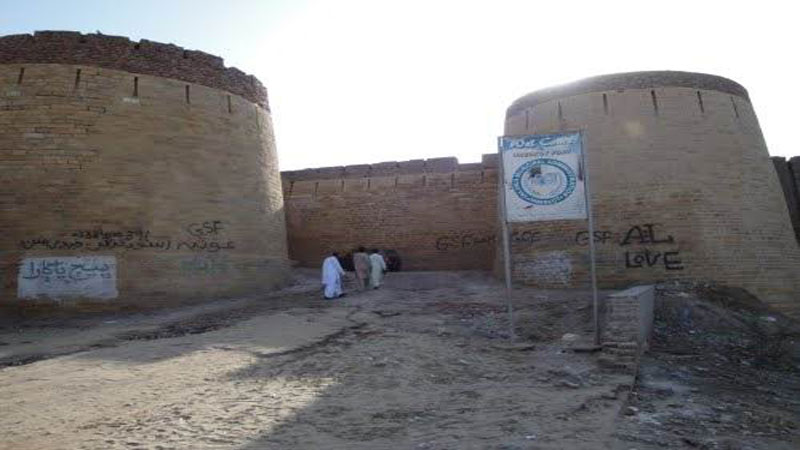 According to historic accounts, Umarkot was taken by British on 4th April 1843, under the command of C Napier, who considered it the most significant place. The British came to know about importance of this fort when Meer Sheere Mohammad of Mirpur Khas, the leader who started the second battle against East India Company on 24th March 1843, fled to Umarkot with his family.

Dr AR Butt in one of his articles on British Raj in Sindh mentions that event in the following words: “The war was over; Ameer Sheere Mohammad moved back to Mirpur Khas and with his family went to Fort Umarkot. English troops followed him, luckily he escaped to the desert of Thar, General Brown took over the fort on 4th April 1843, without any resistance. Captain Willie and Major Wood helped him.”

The Times, of Monday June 5, 1843 reports the importance of this fort in words of Napier as: ‘The importance of having Umarkot in our possession is so great that it repays every inconvenience. Emaum Ghur does not exit, and I believe that no other rallying point remains in the desert for the defeated Sheere Mahomed, who is generally supposed, will fly to the Punjab. Thus, my lord, I think I may venture to say, Scinde is now subdued. The Scindian population everywhere expresses their satisfaction at the change of masters. Later on the British started to store their most important weapons in this fort. Though the purpose to build such forts is defending the country, but they become useless if people (especially rulers) do not show will to retaliate against an invading force.”