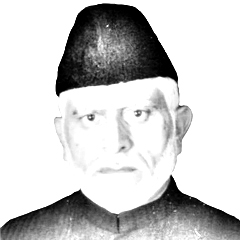 The Kashmir issue: a legal perspective

Notwithstanding the rhetoric of Kashmir being an integral part of India, the state is not included in the definition of the Indian state under Article-152 of the Indian constitution

The issue of Kashmir is not related to the unfinished agenda of partition alone, but a consistent struggle for the inalienable right of self-determination. The territory now known as Jammu and Kashmir was first annexed by the Mughals followed by Afghans, Sikhs, Dogras of Jammu and finally culminating in the forcible occupation by India which continues today.

Pakistan pledges its political, diplomatic and moral support for right to self-determination of Kashmiris guaranteed by more than a dozen UN resolutions .Pakistan has gone even beyond the letters of resolutions, but within their spirit, for its peaceful settlement by negotiations with India under various agreements on the top of which is the Simla agreement of 1972.It has even accepted the Hurriyat conference constitution of July 31, 1993 by accepting that “Exercise of right to self-determination shall also include the right to independence”. The constitution also accepts the “negotiated settlement of the dispute amongst India, Pakistan and People of Kashmir under the aspirations of people, but not within the framework of the constitution of India”. Article-257 of the constitution of Pakistan impliedly guarantees something equal to freedom by pledging that “when people of a state decide to accede to Pakistan, the relationship between Pakistan and the state shall be determined in accordance with the wishes of the people of that state”.

Let the generals take the initiative to persuade their governments by taking a leaf from General Musharraf’s four point formula, ‘Identify the geographic regions of Kashmir that need resolution’. These regions are unambiguously identifiable. They are the valley of Kashmir and its peripheries of Chinab and Pirpanjal

Given this politico legal position, tripartite negotiations are the only way out. UNCIP has endorsed this while explaining in its resolutions that “Commission is not committed to rejection of a peaceful solution which might be agreed upon by the two governments, provided that such a solution reflects the will of the people”.

The coinciding statements of the Chiefs of staff of the Indian and Pakistani forces a few days ago, who have the perception of the ground realities must also be kept in mind “the time is not far when they will be convinced that neither the forces nor the militants will be able to achieve this goal. Together, we have to find a way for peace and we will be successful in that” (General Rawat). His counterpart, General Bajwa of Pakistan retorted that, “It is our sincere belief that the route to peaceful resolution of Pakistan – India disputes, including the core issue of Kashmir, is through comprehensive and meaningful dialogue.”

Let the generals take the initiative to persuade their governments by taking a leaf from General Musharraf’s four point formula, “Identify the geographic regions of Kashmir that need resolution”. These regions are unambiguously identifiable. They are the valley of Kashmir and its peripheries of Chinab and Pirpanjal”. Let us hope that sanity prevails.