The youth does shine but in merry blight 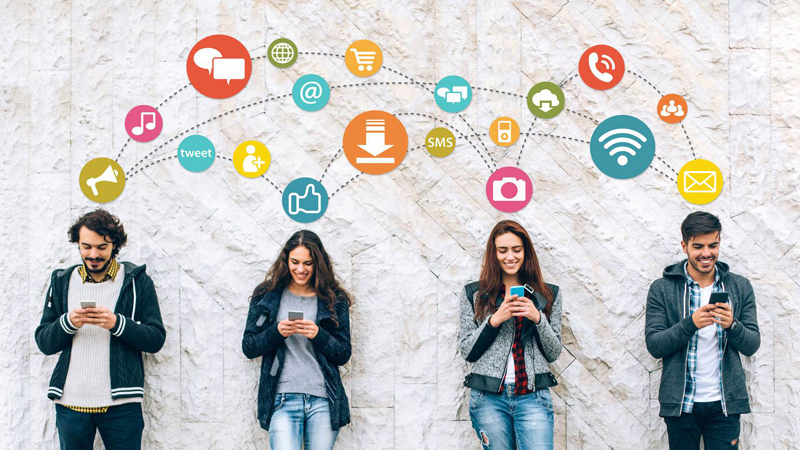 The ongoing Independence Day celebrations have introduced a nostalgic sense of despair and maladie du pays in the atmosphere of Pakistan. On 14th August 1947, our wise and resilient elders strengthened as one unit to make a difference for their coming generations -they founded  Pakistan! However, this was not a piece of cake for them. They had to go through loss, bloodshed and persistent turmoil in order to achieve this everlasting safe haven. Every year on this day, people who have undergone partition reminisce the devastating moments that cleaved the Muslim majority from Hindu majority. They recall the roles they played in the enactment of partition and express utter dismay at what they had to sacrifice, and whom they had to abandon for the sake of wearing the cloak of freedom only to welcome the myriad of problems an infant country is born with.
On the other hand, every individual has his or her own story to tell about partition. Every story is imbued with augmenting agony which tends to create a connection of pathos among the listeners.  A few individuals have also turned the pain triggered by such a great event into art. There are people from recent generations who became inspired by these stories and made strenuous efforts to revive the spirit of partition lest the youth does not take this country for granted. If one looks from an individual point of view, it is quite understandable that this day invokes hazardous memories of past for them and just like any other individual they use that pain of loss for their own personal growth. But what must become of the collective individuals who revisit and relive this specific day, time and again? What is the actual purpose of partition?  Also, despite the current political unrest, social complexities and economical fluctuations; why is youth blamed for all things going wrong in this country? Such matters should be discussed in detail and not be overlooked.
The only relationship of our young generation with the event of partition is to make them emotionally aware of the hardships their forefathers experienced to create Pakistan. It is believed and equally detested that young people do not play any part in the development of this country. Many blame the recent technological revolution for the “ignorant behavior of youth.”  Several streams of entertainment are held liable for driving the younger ones into their comfort-zones. The so called millennials are maligned right, left and center for their supposed unorthodox mannerisms.

The truth is that the youth has not been familiarised with the purpose of Partition. Unless they’re educated about that, the event will remain an occurance in the distant past for them

Nonetheless, even with the efforts of inculcating emotional awareness and constant criticism, the youth of this nation acts indifferently. These reminders do not seem to affect them enough to wake up and work for a change.
What could be the probable reason for such inefficacy? There is but one unquestionable truth obscured; the truth that our youth is neither the doer nor the victim rather it is a future-bystander of partition. For the present young generation, partition will always be an event that happened in history.It is a certain dystopia, the details of which one reads in novels or movies and that at best leaves only a transient impact and when the effect wears off it becomes the a normal rhythm of their lifestyle -the alleged comfort-zone. Young people of this country are not ‘running astray’ rather they are being treated with emotionalism instead of rationalism.
When people indulge in conversations relating partition, they most likely discuss the when, where, what and the how side of it. In doing so, they seem to forget the primal purpose of the partition.
The interminable state of massacre, bloodbath and insurmountable adversities our ancestors endured during independence should not be youth’s chief reasons for standing up for their country.
They are, in fact, premises leading to a plausible conclusion in an argument; the conclusion being the fulfillment of the foremost objective of partition. So, what is that foremost objective? For this, one must look into Jinnah’s presidential address to the Constituent Assembly of Pakistan held on 11th August 1947. It highlights the main motive as to why we became a separate nation and what needs to be done to maintain goodwill in a society. From the purging of bribery and corruption to stepping away from nepotism and jobbery and treating the minorities as one’s equal, were some of the instructions given by the Quaid during his address.
In order to achieve partition, poets, leaders, politicians, men of letters and commoners made combined efforts. They knew change was needed because they were aware of the ongoing issues and matters of dispute.
Similarly, our current young generation needs to be properly informed of the vital issues plaguing our country so they too can ‘pitch-in’ and lend a hand in overcoming them and as a result become diligent leaders themselves possessed with the spirit to bring positive change.
Comparing their current ‘easier’ lifestyle with the sufferings our forefathers bore is somewhat aimless. As compared to other nations, Pakistan is still considered to be in the vicinity of juvenescence and there are a few resolutions that one must follow religiously if one wishes to see it mature and join ranks of the developed countries.
Acceptance
Acceptance takes time but once people make peace with the grief brought by partition and try to look forward, only then they can climb another step of the ladder. Acceptance comes with rational thinking. When one sets aside all his or her emotions and strives to view one matter from several perspectives one has accomplished the art of acceptance!
Be a visionary
It is said that the young people are too dependent on their parents and too timid to come out of their shells. They will only become visionaries when they start making decisions for themselves. If they choose the wrong path, they will learn from it. Either way, personal struggle and exploring one’s self enables one to become a staunch visionary.
Use hindsight to strengthen foresight
Living in the past and ruminating over the tear-jerking events of partition is useless if one does not learn something from them. Hindsight and foresight are two abilities that if used together tactfully, work great wonders for the prosperity of nations. If elders have the hindsight of the events surrounding partition, the youth must have plausible foresight to correct the flaws committed during that time.
Be the best in your field of interest
Not everyone has the skill or talent to be efficient in everything. To improve the matters of Pakistan it is not compulsory for the young people to join politics. Nevertheless, whichever field they are pursuing they should be well-informed about its drawbacks and challenges, and they must work wisely to rectify these blunders.
Accountability
Every citizen of this country should be held accountable for their actions regardless of their age, gender, status and ethnicity. From a tender age the young people should be taught about responsibility and obligation towards Pakistan.
Wisdom is not only for the old
This notion that wisdom comes only with age should be eradicated from a society if one wants its youth to succeed. Part of the reason why people are unable to accomplish their goals at a young age is that they have presumed they are not wise enough. Wisdom comes with experience and many youngsters may have experienced enough predicaments in their adolescence to be considered ‘wise.’  So, there is no need to wait to be old. Let your sagacity guide you!
After a decade, there will be no more people left to remind us of the sufferings they faced to win Pakistan. Perhaps, the remnants will be revived through art and literature but that will only leave an ephemeral effect in minds of the technology-driven millennials. There is a Latin term, Memento mori (remember that you must die), it sounds appealing in the poetic world but in practical life it can become a part of one’s schema. The consistent talk about death, destruction and bloodbath related to partition may render one to sit lifelessly and wait for the inevitable death.
The youth of this country should always be bestowed with hope and encouragement. Before renaissance took place, the realm of English literature experienced a dry and insipid spell where no creative work was produced. There was no originality or authenticity or even strenuous hard-work observed in that era until people grew tired of themselves and brought about renaissance. There will come a time when Pakistan will experience the jollity of renaissance too. Memento vivere!

The writer is a student of English literature and linguistics at Air University. She can be reached at hibaamer6797@hotmail.com