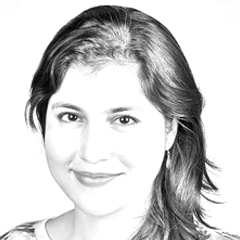 Shahid ul Alam, an internationally acclaimed photojournalist from Dhaka, known for his criticism of the current government was abducted from his home last week.

Later that day he was produced in the court where he told reporters that he had been tortured. He was being interrogated for “giving false information to different media outlets and for provocative comments”: regarding recent protests against traffic safety in Dhaka. In July, a bus accident left two teenagers dead, leading to outraged protests by thousands demanding improvements in road safety. Bangladesh like much of South Asia, suffers from serious traffic challenges.The peaceful protest consisting mostly of students faced excessive brute at the hands of the police. Rubber bullets, water canons, tear gas left hundreds injured. Moreover they were even attacked by a pro-government mob.

Shahid ul Alam recorded these images, and last Sunday evening, gave a harsh interview against the current Bangladeshi government on Al Jazeera. He said that “this is an un-elected government so they did not have the mandate to rule but they have been clinging on by brute force,” he further said “so it really is that pent-up energy, emotion, that anger. This incident, sad as it is, is really the valve that allowed things to go through.”

“In Bangladesh, it is a bad idea to criticize the constitution or Islam, although the country is officially secular”

The very next morning, twenty plain clothes officers abducted Alam from his home and his whereabouts remained unknown until the evening. He is now being charged under Section 57 of Bangladesh’s Information Communications Technology Act (ICT Act), a controversial communications law that punishes those who “tend to deprave or corrupt” the country’s image.

Bangladesh is currently number 146 out of 180 countries on the World Press Freedom Index, with one being the freest. India and Pakistan are not too far ahead at 138 and 139 respectively.  However, the Reporters without Borders, an organization that monitors press freedom and safety across the world, has raised concerns about the “endemic violence” against Bangladeshi journalists and the “systematic impunity” enjoyed by the violators. The Section 57 of the ICT is often criticized for being used to harass journalists. “In Bangladesh, it is a bad idea to criticize the constitution or Islam, although the country is officially secular,” the report said.

Moreover aggression against young protestors, media crackdowns, disconnecting mobile connections, gagging journalists will most likely not help the Awami League, in the upcoming December general elections.The Information and Communication Technology ACT 2006 (ICT Act), under which Shahidul Alam is due to be tried soon, is often used to suppress freedom of expression. The Section 57 of the statute has been repeatedly used to hound journalists and activists. This statute punishes “obscene or false” information with seven years in prison and heavy fines.

Alam is one of the many people arrested under Section 57. These arrests and enforced disappearances have become a common occurrence in Bangladesh. Scores of journalists and activists have been arrested or detained under the law. They follow the same pattern as Alam’s arrest. A group of men in plain clothes storm into their house or office without a warrant, any documentation or even an explanation. They usually leave behind little proof and even remove nearby CCTV footage. A lengthy process follows for recovering the person because authorities deny abducting the person while families struggle to get any government help.

However, Shahidul Alam is an internationally acclaimed journalist and the news of his disappearance broke like wildfire. Demonstrations began outside the Detective Branch Office (DBO) where he was said to be held, with messages of support and outrage in the international press. The authorities were forced to confess that he was in their custody.

When Shahidul Alam appeared in the court, he looked drained; a man in his early sixties, the detention and torture had taken their toil on him. This blatant attack, first on the freedom to protest and then on the freedom of speech, has brought Bangladesh in the international glare but for all the wrong reasons. The journalistic fraternity in South Asia is unnerved. Amnesty International has called for his release. He is trending on social media and journalists from all over the world are calling for his release.

This reflects poorly on the Awami League government and even more negatively on Bangladesh as a democracy. Today it is not just freedom and democracy that is at stake in Bangladesh but also the lives of thousands of student protesters. Laws should protect journalists and not persecute them. The crackdown on protesters must end and the government should either consider their demands or negotiate. Not just Shahid ul Alam but every missing journalist and activist must be returned. Last but not the least the ICT Act must be amended. Journalists who criticize and analyze the political climate of Bangladesh are not a threat to the state but rather an asset.

The writer is based in Lahore and tweets @ammarawrites. Her work is available on www.ammaraahmad.com