Remembrance by things past

A conversation with Aanchal Malhotra, a Delhi-based writer and artist, who documents the partition through objects left behind 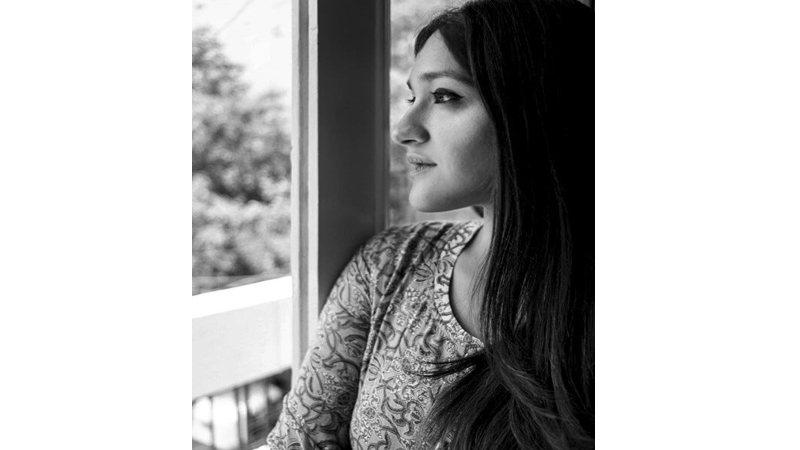 Aanchal Malhotra is a Delhi-based writer and artist who has vowed to document the partition through objects left behind. Her first book, Remnants of a Saparation, is a seminal work that peers into the Indian Partition through the objects migrants took with them. These migrants settled in different parts of India and what is now Pakistan. She studied the traditional printing techniques for ten years. In 2013, during her Masters thesis, Malhotra started photographing these objects. She began interviewing their owners and recording their stories. She curates a virtual Museum of Material Memories which is a “digital repository of material culture of the Indian subcontinent, tracing family histories and social ethnography.” Malhotra is currently researching for a book on the Indians who served in the First World War and talks about her journey into the past so far.

What exactly do you do now?

I am mostly a writer now. First and foremost I studied to be an artist. I was in an art school for ten years. I did my bachelors and masters there. Then I taught for some time. Only when I was doing my thesis did I start working on the partition. That’s also when I stopped focusing on art and started focusing on writing.

Did you grandmother inspire you to write about the partition?

Yes, in a way, but not just her. It could have been anyone who could have inspired me. One day I was in my nana’s house (maternal grandfather) and he took out some of his old things. He told me that if you want to talk about the lost time, everything is included in it. We are included, our buildings and even these objects. There were old books, photographs, very ordinary kind of old things. 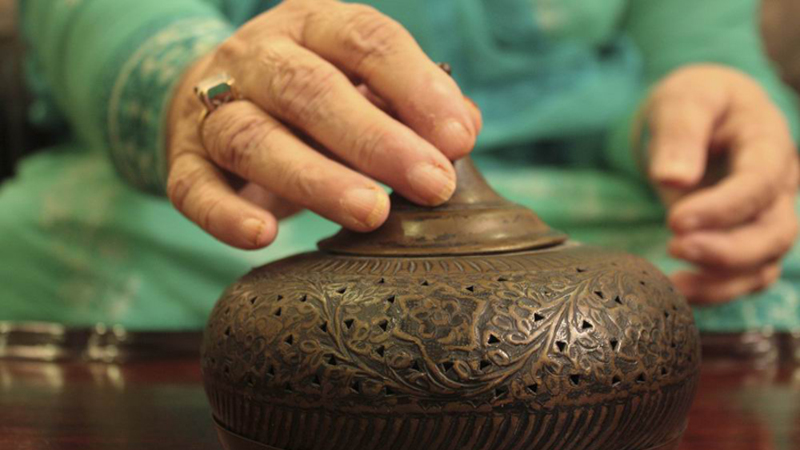 And from them two things came out. One was the gaz (yardstick) that tailors use. There was a garha for making lassi. He told me that these two things came from Lahore during the partition. When he was talking about them, we were touching and feeling those things, because they had not been used for a long time. It seemed as if he had returned to his childhood. He used to live outside of Anarkali, Lahore. He started talking about those days. This had never happened before. He has never spoken about it. All of a sudden, he really got transported to the past.

I thought if one person is so affected by such ordinary things, will other people be also affected? And what did they bring with them. People have this impression that the migrants brought nothing with them. But that’s not the case. Some people knew that the partition was going to happen and even if they didn’t know – they still brought something. The book started when I talked to people who migrated in 1947 (for my own thesis). There are different kinds of objects. There was a huge range. People even brought jewellary.

Do you have a favourite object?

Favourites are difficult to pick because every object has a memory. Through these objects we enter their memories.

“Talking about the partition is still very difficult. People find it hard to tell what happened, who killed who and how they felt. So I use the objects. If I ask the question directly, as to what happened, it sounds very callous and heartless”

Talking about the partition is still very difficult. People find it hard to tell what happened, who killed who and how they felt. So I use the objects. If I ask the question directly, as to what happened, it sounds very callous and heartless. But if I ask why they brought this book from Rawalpindi? Why and who gave it? How was your home and school? Was there a radio and was that where you heard the news of the partition?

How can we understand partition better?

These few days of August are not enough for the partition’s memory. You have to go way back to understand the developing nature of the events that passed. I think what the object do is help paint a picture of undivided India which can give us an idea of how people lived. What was the society like, which language did they speak and write? It can help us bring back the past which we have not seen for ourselves.

Still, is there an object you particularly admire?

One of the objects that I really loved writing about was Narjis Khatoon. She talks about a khasdaan, in which she used to keep pans. These utensils possess cultural value. Tiny things like making a paan at home in the paandaan, they wanted it to continue on the other side. This was their culture which they brought with them.

Are people ever worried about misplacing or damaging the objects?

These objects are very mudane. They are not expensive; unlike jewellery. But those who brought a book or pen, they often wouldn’t see the significance of the object before we talked. When I would talk to them for two or five hours they would realise its importance. If I would ask to borrow the object for research they suddenly remember who gave it and why they still have it. You don’t realise that it is one of the only things that you brought from a home they can probably never go back to. 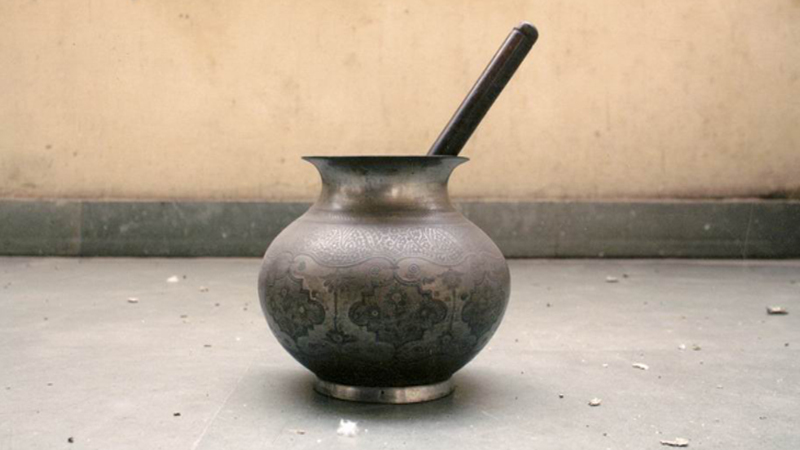 Many times it happened that someone brought a shawl. A woman came from Quetta wearing this shawl. The shawl was huge and had been cut in the centre. One part was given to one sister and the other to the other sister. And when I was talking to her she said I don’t even remember it. She said she has never worn it as the colour is very boring and dull. So I asked her if I can borrow it. She said no this is what I got from my mother. It was interesting that she didn’t want to part with it because these objects act as ambassadors of a migration. Their memories are enclosed in those objects.

Which book do you like reading about the partition?

I reference a lot of them in my book. Pran Neville’s book on Lahore is very good because I was trying to recreate the places people were talking about and Neville talks about Lahore from a very old time from his childhood. A really good book to start if someone doesn’t know anything about partition is Yasmin Khan’s book The Great Partition: The Making of India and Pakistan. This is a very well-researched book that tells what happened and why.

You have visited Lahore a few times. How was Lahore?

And how was Karachi?

Karachi is a bit different. It is quite similar to Bombay. But when I was there it never felt like a neighboring country.

You can access the Museum of Material Memories on www.museumofmaterialmemory.com.

The writer is based in Lahore and tweets as @ammarawrites.