The downside of assumptions

In today’s modern world, I believe the most common situation in which your brain forces you to make assumptions is while communicating through texts over social media, hence this is probably a relatable example to most people. 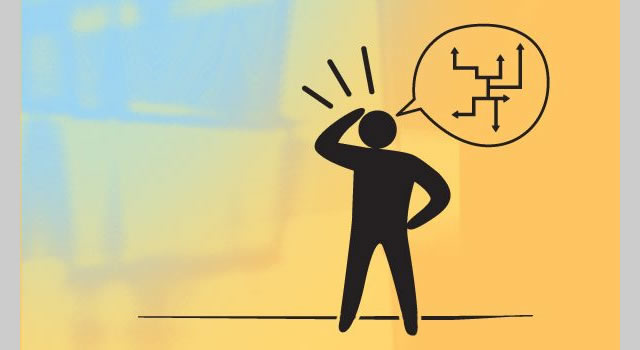 Making assumptions about situations in our life that we don’t seem to be able to control the way we would like or don’t yet know the outcome to as yet, is something that comes naturally to us.

These assumptions are more often than not, generated in our subconscious without our conscious mind’s consent. Even though it is possible these assumptions lead us to high-yielding conclusions regarding how to handle certain circumstances, they usually don’t and instead, stand in the middle of our productiveness and ability to over look or get past incidents.

The key to not letting that happen is simple, yet strenuous to implement – combat the thoughts formulated by your subconscious mind. Fight them by reminding yourself time and again that they aren’t the reality of this world but of your mind, of the conclusions drawn by putting together scenarios in imaginary orders to draw a picture that might or might not be real.

In today’s modern world, I believe the most common situation in which your brain forces you to make assumptions is while communicating through texts over social media, hence this is probably a relatable example to most people.

Say, you receive a text from a friend and it seems indifferent and half-hearted beyond expectations because it’s the reply to news quite exhilarating for you.

Your mind will immediately assume that said friend is being unsupportive and doesn’t care about whatever accomplishment you’ve shared with them. This, even though could be true, probably isn’t. There are numerous other reasons for the kind of reply your friend gave.

What if he/she was in a hurry to get to some sort of meeting so couldn’t read your text properly? Or their mother called them right when they were about to reply and didn’t want to leave you on ‘read’ so sent a simple reply for the time being? There could be numerous possibilities and reasons behind you receiving an underwhelming response from your friend but your mind will always assume the worst.

Why is that so, though? It is usually the outcome of aggressive overthinking in the past due to which your mind becomes accustomed to assuming the worst in every situation – big or small. Overthinking is a quality embedded in some people’s personalities from the beginning and if it’s not, it gets integrated into their personality when dealing with complex and draining situations in life. There is no actual way to combat this quality other than distracting yourself in situations when you notice it to be creating problems. However, there is a way to tame what it leads to eventually – the urge to make assumptions.

Hence, always avoid making assumptions about any type of situations, whether they impact you on a high or low scale. Wrestle any thoughts you feel aren’t completely real but just could-be results of what you know to be real and it’ll ultimately create more space in your mind to get to the actual outcome of things, since you won’t be too focused on the possible outcomes.