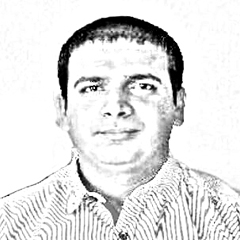 Is the liberal world order collapsing?

If the US smashes its deterrent power by bringing into question its own commitments to the Western world’s collective defense, it will expose the whole world to the dangers of global war once again

In one of his latest uncongenial attacks, US President Donald Trump strongly questioned one of the most prominent pillars of the Post-War liberal world order: North Atlantic Treaty Organisation (NATO). Just after he met with Russian President Vladimir Putin, the US President, when asked by a famous Fox News anchor as to why his son should join military to defend Montenegro, stated, “Montenegro is a tiny country with very strong people. They have very aggressive people. They may get aggressive and congratulations, you’re in World War III.” Since he became the Republican candidate, Donald Trump has invited widespread criticism for his rejection of popular liberal beliefs. It seems the world is once again entering an era of nationalism and competitive international relations.

The looming death of the liberal world order is inevitable due to three reasons. The triangular foundational structure of the global order rests upon liberal democracy, free-market economy, and the military strength of the US-led NATO. The defeat of communism in 1991 urged then President George Bush to proclaim a new world order, whose political identity was declared as liberal democracy. It was argued that the demise of the USSR ushered a new wave of democracy, providing “the widening realisation that democracy, despite all its obvious failings, has no rival among the political systems evolved by mankind throughout history. It had emerged “as a ‘natural’ solution that can simply be taken as a given by societies striving to escape a fossilised and inhumane system such as communism”. Two, economic free-market economy and interdependence emerged as the corollary of the communication revolution. The rise of multinational corporations spread across the globe;compartmentalisation of industrial and consumer manufacturing promoted complex interdependence leading to the establishment of World Trade Organisation, enabling the West to safeguard its own interests while exposing the developing world to structural adjustment programs, trade inequality, and dispossession. Economic interdependence, coupled with the rise of China, India, and other East Asian economies promoted naturalisation of economic liberalism, providing Western thought and lifestyle. Three, the fact that the US and its European allies could not only justify the maintenance of NATO but expanded it further eastward by reaching the borders of Russia showed the perseverance the liberal concept had gained. The first Gulf War and subsequent developments in the Middle East confirmed the supremacy of the alliance. The dawn of the twenty-first century saw the US as being the political, economic, and strategic epicenter of the world. It was a moment of absolute triumph.

Whereas the Bush and Obama administrations tolerated the post-9/11 financial burden and allocated resources to the US’s global commitments, President Trump decided to count every penny given to NATO, and complain while doing it

Within less than two decades, all the optimism has crumbled.

As for Europe, the 2008 debt crisis worsened further, exposing the inability of various governments to repay their debts. The global financial institutions supplied resources, but only to prolong the crisis as the governments failed to deal with the crisis. Simultaneously, the human crisis in the Middle East and migration to Europe engendered a new wave of ethnocentrism and a rise of nationalist political forces. From economic perspective, the exit of Britain from the EU provided a reflection of the idea of rising walls of nationalism in Europe and beyond.

If the liberal world order was left with anything, it was the collective power of the US-led NATO. Established in 1949 to protect Europe from communist ventures, it was termed an embodiment of the Kantian idea of perpetual peace and collective security. From the Berlin blockade to Kosovo War, NATO showed its readiness to accept security challenges and responded effectively whenever needed.

Whereas the Bush and Obama administrations tolerated the post-9/11 financial burden and allocated resources to US global commitments, President Trump decided to count on every penny being given to NATO. In May 2017, he admonished NATO allies, telling them to pay their bills. “Members of the alliance must finally contribute their fair share and meet their financial obligations. Twenty-three of the 28 member nations are still not paying what they should be paying and what they are supposed to be paying for their defense. This is not fair to the people and taxpayers of the United States.” On January 1, 2018, he accused Pakistan of deceiving the US, tweeting, “The United States has foolishly given Pakistan more than 33 billion dollars in aid over the last 15 years, and they have given us nothing but lies & deceit, thinking of our leaders as fools. They give safe haven to the terrorists we hunt in Afghanistan, with little help. No more!”

President Trump, a businessman looking for profit in every transaction, questions the rationale of defending countries such as Japan, Korea, Western Europe, and others. He argues that these global commitments have destroyed the US economy; the countries mentioned took unnecessary advantage and divested the US and its economy of jobs, growth, financial resources, and domestic stability.

What we are witnessing at the world stage is a slow but steady implosion of the liberal world order. The exasperated US is reneging from its global commitments and leadership and is alienating its old allies. The emerging vacuum of leadership, therefore, will require a political-strategic competition between emerging economies. The probable disintegration of NATO, or even if the US smashes its deterrent power by bringing into question its own commitments to collective defense, will expose the whole world to the dangers of global war once again. On the other, if a smooth transfer of global leadership takes place with China replacing the United States, a new era of strategic competition will emerge. In these stressful times, developing states like Pakistan must focus on safeguarding their own national interests. It is necessary to remember that we are living in uncertain times.

The writer, former Fulbright Fellow and a Lecturer at South Texas College USA, tweets @sameelashari, and can be approached at samilashari@gmail.com