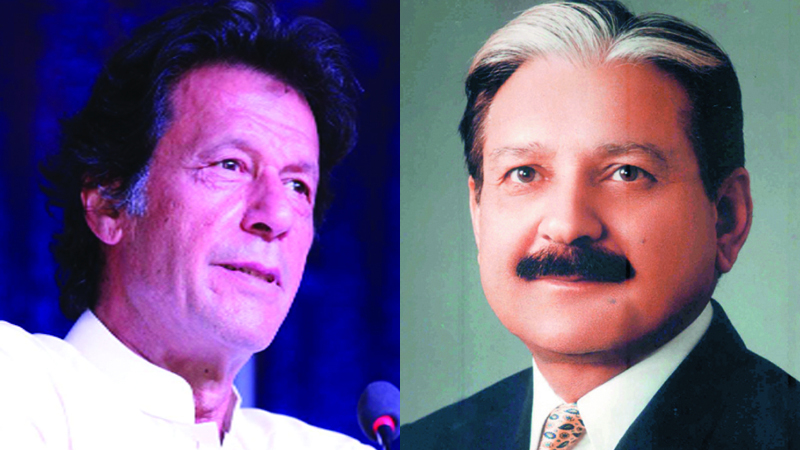 Lahore: The Election Commission of Pakistan (ECP) on Tuesday notified final results for the general elections of 2018.

The list of winners on seats of National and provincial assemblies showed that notifications for two of the five seats on which PTI chairman Imran Khan was announced as the winner, NA-53 (Islamabad) and NA-131 (Lahore), were withheld.

In NA-53 (Islamabad), Imran had defeated former prime minister Shahid Khaqan Abbasi, bagging 92,891 votes against the former’s 44,314 votes. The reason stated for the withholding of the notification here is the case pertaining to violation to ECP’s code of conduct on secrecy of the ballot.

In NA-131 Lahore, the notification has been withheld because the runner up, PML-N leader Khawaja Saad Rafique has challenged the result in the Lahore High Court and sought a re-count.

Imran was notified as the successful candidate in NA-35 (Bannu), NA-243 (Karachi) and NA-95 (Mianwali) subject to the ECP’s decision in the violation of the code of conduct.

The ECP statement on Tuesday showed that final notifications had been withheld on at least 26 seats, nine in the National Assembly and 17 in the four provincial assemblies – five in Punjab, six in Sindh and three each in KP and Balochistan.

Among these seats are NA-249 Karachi and PK-23 Shangla.

The notification of PTI’s Faisal Vawda’s victory was withheld on the directives of the Sindh High Court (SHC). The order came after Pakistan Muslim League-Nawaz (PML-N) president Shehbaz Sharif challenged the result in court. The SHC has ordered the ECP to submit a reply in the case by August 10.

Vawda had won against Shehbaz from the constituency receiving 35,344 votes against the latter’s 34,626 votes.

The notification for PK-23 Shangla was withheld over low women turnout. PTI’s Shaukat Yousafzai was declared winner here after the July 25 election.

ECP commissioner Justice (retd) Sardar Mahmood Raza, heading a five-member commission on low women voter turn out directed the authorities to withhold the notification of victory. Neither the petitioner nor the winning candidate appeared before the commission on Tuesday.

Yousafzai was declared winner with 17,399 votes in the constituency where 86,698 women were registered to vote but only 3,505 cast their ballots on election day.

Ahead of the elections, the ECP had said that results of any constituency would be declared invalid should the female turnout be lower than 10 per cent.

Earlier today, the ECP said it will notify newly-elected members of the national and provincial assemblies.

Because of court cases, notifications were also withheld for Farrukh Habib in NA-108, Junaid Anwar Chaudhry in NA-112, Sardar Talib in NA-140, Naveed Dairo in NA-215 and Rana Sanaullah in NA-106.

The independent candidates will now have to declare affiliation with political parties within three days of the notification. The notification of candidates on reserved seats will be issued on Saturday, after which the president will summon National Assembly’s session.

The newly-elected parliamentarians will take oath and elect the speaker and leader of house in the same session.

The governors of all the four provinces will summon session of provincial assemblies according to the rules.