The multiple shades of Fakhar Zaman 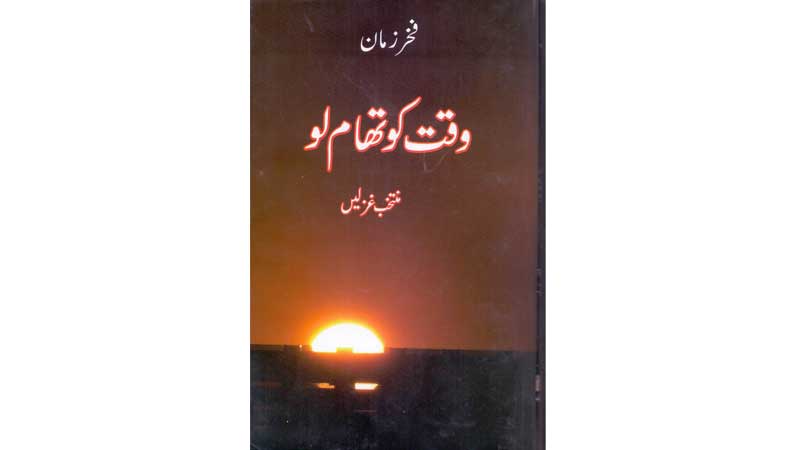 A ghazal is considered the most sophisticated and cultured genre of the Urdu language. In order to be effective and precise in one’s expression in an Urdu ghazal, the writer needs to be aware of the cultural tradition and history of the language in the subcontinent; along with its traditional aesthetics and idioms, and the ghazals contained in this book are enough to prove Zaman’s mastery over the rhymes and idioms of Urdu.

Zaman is a versatile and prolific writer. He writes with equal command in English, Urdu and Punjabi. However, Punjabi is the language which seems to be most close to his heart. He has published all of his major works containing novels, poetry and dramas in Punjabi. Zaman has a long history of struggle to ensure that Punjabi gets the status and respect it deserves.

He advocated the proposal to make Punjabi a compulsory lanuage in the primary syllabus and has always raised a voice in the parliament and other policy making forums for the protection and promotion of Punjabi language and culture. However as far as his own writing is concerned, he never limited himself to any language for the expression of his thoughts and feelings. His new collection of Urdu ghazals shows his love for Urdu language as well as the genre.

The common theme of Fakhar Zaman’s writings is resistance. He has been one of the champions of human rights and his efforts in this regard are commendable

The common theme of Fakhar Zaman’s writings is resistance. He has been one of champions of the freedom of human rights movement and his efforts in this regard are commendable.

Because of his stance against dictatorship and its oppressive policies, five of his books were banned by the martial regime of Ziaul Haq in 1978. Zaman always took a firm stance against the oppressive and anti democratic forces; never caring about the consequences and Waqt Ko Thaam Lo shows the same resistance of refusing the state’s anti human policies. In this book, the poet declines to recognise any restriction on freedom of expression and other basic human liberties.

Zaman says that for him “a poet means a conscientious man.” “The poet reflects the conscientious of the whole nation. It is the responsibility of a poet to resist through his words and also actions, any injustice and oppression and also spread the message of resistance among people to build a better society and get rid of anti human forces.”

Fakhar zaman is also a lover of the subcontinent tradition of Sufi poetry. He is in favor of using simple language like the Sufi poets to spread their message more effectively among the masses. Along with participating in international conferences on Sufism, he has so far organised a number of international conferences under the banner of international Sufi counsel and other organisations on the same theme. He is considered an authority on the topic of the tradition of Sufism in the subcontinent and especially Sufi poetry. His Urdu poetry focuses on the message of Sufis that entertain the basic human values of love, brotherhood, equity, and patience. Only in a democratic system, according to him, protection of all these values is guaranteed.

Fakhar zaman has published over 40 books in Urdu, Punjabi and English. Many of his books have been translated into a number of major languages and have earned him many national and international literary awards and honors. The Pakistan government awarded him with the two most prestigious civilian awards, the Sitar-e-Imtiaz and Hilal-e-Imtiaz. The Indian government also bestowed him with the Shromni Literature Award in 2008. He is currently working on an English novel.