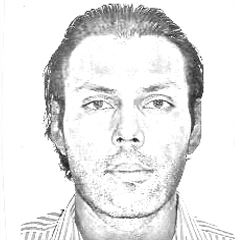 Recent allegations by US Secretary of State Mike Pompeo, who has said Pakistan may try to acquire an International Monetary Fund (IMF) bailout for the debt servicing of obligations to China are completely nonsensical and likely politically motivated. Pompeo’s statement reflects a lack of understanding of both CPEC projects and the nature of the IMF.

Pakistan has leveraged huge investment in energy and infrastructure sectors under CPEC, which potentially cost about $48 billion. As of today, a total of 19 projects have been realised between Fiscal Year (FY)2015 and FY2022, and are worth $23.1 billion. 75 percent of the investment lies in the energy sector and 25 percent in infrastructure. Their financing modalities vary, with infrastructure and transport projects being financed by long-term concessional government borrowing from China for a tenure of 20 years with a grace period of five years, at a weighted average lending rate of 2.4 percent. On the other hand, energy sector projects involving FDI and commercial borrowing from Chinese financial institutions, either by majority foreign-owned joint ventures or Chinese investors. The energy sector projects are in IPP mode with an overall debt-equity ratio of 80:20. The average rate of return on equity is around 17 percent per annum while private loans are normally for a term of 10 to 12 years with an average interest rate of Libor plus 4.5 percent and grace period of three to four years. There is no doubt that these investment initiatives will create Balance of Payment (BoP) outflow concerns coming from loan repayments and profit repatriation. However,there are very good reasons for the IMF fund not being used to finance these outflows.

First, the IMF money will likely come in the fourth quarter of 2018 that will directly coincide with the inflows from China under the CPEC projects, estimated to average about $2.4 billion annually between FY2019 and FY2022.

Second, the CPEC related outflows will peak after the completion of the IMF program with the average annual net financing gap expected to remain at very manageable levels even under the IMF’s maximum seven years program. This will continue until FY2025. Under the seven years scenario, the net average annual financing gap is estimated to be around $0.8 billion compared with merely $0.12 for the three years scenario, including fuel displacements and capital machinery import impacts. These financing shortfalls can be easily met by the government without IMF support as is evident by history. Pakistan has successfully managed over $5.5 billion of total external payments annually with similar levels of foreign exchange reserves. The net BoP impacts will be highest after the completion of IMF programs under both scenarios at about $2.7 billion in FY2026.

The bailout package disbursements will be linked directly with the realisation of the IMF sponsored reforms, which consist of different components. Each of the components will have its associated costs that must be financed by IMF money

Thirdly, the bailout package disbursements will be linked directly with the realisation of the IMF sponsored reforms, which consist of different components. Each of the components will have its associated costs that must be financed by IMF money. Therefore, the government will have to allocate the IMF money to finance the reforms with very limited room for modification.

Fourthly, Pakistan has taken IMF program son 21 occasions with only the last one classified as completed, subjected to criticism for that it has contributed to the current external problems. Therefore, this time IMFhas a very strong incentive to build its reputation by ensuring this program’s success. Therefore, IMF will make sure that the money is spent on reforms.

Finally, it is also in the newly elected government’s interest to ensure that the reforms will be successful given it has finally managed to come to power after three attempts. As such, it will be foolish of the government to waste this opportunity.

Going forward, Pakistan’s new government needs to prove that Pompeo’s accusation is unfounded and unnecessary by doing the proper homework. The government must protect the integrity of the CPEC projects and improve its overall handling of the country’s financial situation. This includes its work with the IMF and other relevant stakeholders.