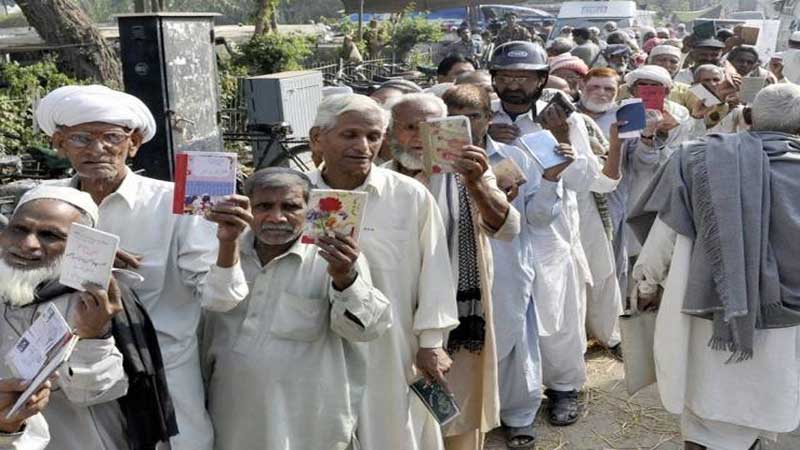 HYDERABAD: The 300 pensioners’ woes deepen in Hyderabad as treasury staff had claimed that their pension booklets and ledgers had gone missing.

Reportedly, they had been deprived of their pension funds for several months, whereas the treasury staff, headed by treasury officer Saifullah Magsi, auditors Zulfiqar Ansari, Asadullah Shah and Mumtaz Janwari, had been allegedly ‘looting’ their amount from the State Bank of Pakistan and private banks by paying 30 percent bribe to brokers.

Consequently, crores of rupees have been pocketed by the treasury officers.

Meanwhile, a few pensioners visited an office of Sindh National Tehreek (SNT), and informed SNT’s representatives about their endless miseries.

According to a press release issued by SNT, an appeal has been submitted to the National Accountability Bureau (NAB), anti-corruption department and Sindh Accountant General Office to take a stern action against corrupt treasury officers in Hyderabad, and recover the looted amount, and address the grievances of pensioners.

The appeal further mentioned that the investigation agencies must acquire invoices from the SBP to ascertain facts related to corruption.