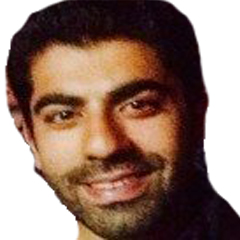 Naya Pakistan and the temptations of authoritarianism

As the PTI looks set to form government and Imran Khan is on his way to becoming our 18th Prime Minister, an important debate on the dangers of authoritarianism under his premiership has begun. This is based on a long established opinion within certain circles, of Khan as a far-right, bigoted, Taliban sympathiser. According to this opinion, Imran Khan’s social and religious views and those of his core supporters will result in increased right-wing authoritarianism under his rule. A more extreme version even labels him a ‘fascist’. Comparisons are already being made to other right-wing strongmen such as Narendra Modi in India, Erdogan in Turkey and even Trump. On their own, these charges seem to be quite flimsy.

For one, more important than Imran Khan’s personal views (which are in any case more nuanced than the facile label of ‘Taliban Khan’ suggests) are the views of PTI’s social base. Compared to the PML-N, PTI’s core support base is comparatively less socially conservative, even if more upwardly mobile, though the differences between the two are exaggerated. Moreover, it is unfair to forget that Imran Khan has in the past taken a strong position against anti-minority parties, condemned the treatment of the Baloch and Pashtuns by the Pakistan army and called for the recovery of missing persons. He must also be commended for giving elites and ‘de-politicised’ youth (core supporters of Musharraf’s military coup) a real stake in the democratic system which itself demonstrates the progress of democracy in Pakistan.

Furthermore, one of the key components of durable authoritarianism is grass-roots organisational capacity here PTI suffers from an extremely thin party structure on the ground. Neither are the majority of his core middle class supporters willing to act as storm-troopers beyond online trolling where PML-N has also beefed up its response in recent years. Moreover, unlike Modi, PTI does not have a semi-secret, proto-fascist organisation like the RSS backing it either, one with an emphatically majoritarian agenda years of experience in outright murder of minorities and ideological opponents. These factors, alongside the continued importance of ‘local faction’ leaders (now popularly known as ‘electables’) will restrain Imran from turning into an effective authoritarian.

Therefore, it is neither Imran Khan’s ‘right-wing’ ideology nor his party’s organisational capacity to undertake intimidation that should be of concern. Rather, the imperatives of rule under heightened expectations, the extent to which the PTI seeks to uproot PML-N in Punjab and the limits to which it is willing to cooperate with institutions who share a dislike for the PML-N will determine whether we slide into a qualitatively different kind of authoritarianism than the one we’ve gotten used to under our formally democratic form of government.It is important to clarify what is meant by a qualitatively different authoritarianism and the keysign of such a regime.

First, it is unlikely that PTI’s attitude towards religious and sectarian minorities will be qualitatively different from other mainstream parties. Likewise, in the absence of support from other members of civil society such as labour and student unions, liberal human rights and advocacy groups are still not large enough to threaten the government on their own. These, along with certain sections of the private media have been viciously targeted, especially in the last five years. The government of Nawaz Sharif has either been unable to resist this or through certain individuals in the Interior Ministry, has been complicit in the process. Thus, neither the persecution of minorities nor of liberal civil society in itself means that we’re experiencing something qualitatively different from the previous two governments.

However, the one characteristic that all authoritarian regimes in Pakistan’s history have shared is that they’ve primarily targeted political opponents. In effect, the leaders, workers, supporters and sympathizers of specific political parties that military dictators or civilian demagogues felt threatened by; from Ayub’s persecution of NAP and the Joint Opposition to Bhutto’s harassment of centrist and rightist parties to Zia’s brutalisation of the PPP and the left in general. The victimisation of political opponents was also a key feature of the musical chairs of the 90s all the way to the early years of Musharraf’s rule when PML-N itself was on the receiving end. In other words, there has been an almost direct relationship between authoritarianism and persecution of political parties in Pakistan’s political history.

Owing mostly to the experience of the 90s, the goodwill generated in the anti-Musharraf movement, the private media’s watchful eye, as well as the security that both PML-N and PPP felt in their respective regional strongholds (not to mention an understanding that the PTI was untouchable due to other reasons) this unsavory feature of Pakistani authoritarianism was by and large absent in the last ten years. With PTI’s victory and especially the aggressive maneuvers it is undertaking to form government in Punjab, this danger has increased. Here, the PTI’s own strategy of matching the high expectations of its core supporters and the extent to which it is willing to co-operate with other institutions in sidelining the PML-N will be key.

If the PTI is convinced that uprooting the PML-N from Punjab is the only way to implement its ambitious agenda when the majority it receives is razor thin, then all of this seems unlikely to be achieved without recourse to political victimization and intimidation through the civilian security apparatus. At the very least, it seems impossible without a willingness to actively co-operate with or look the other way as unelected institutions tighten their grip over the opposition parties, the private media and civil society. In fact, the environment created by Khan of painting his detractors as ‘traitors’ and ‘enemies of the people’ will make violence against opponents palatable to his core support base. In particular, if persecution is done under the rubric of ‘anti-corruption’ it may even rally greater support for PTI, irrespective of the fact that it only targets the opposition.

Despite his earlier stances against human rights violations and media curbs, Imran Khan has proven himself more than willing to compromise with powerful quarters in his journey to the top. There is also a strong authoritarian streak in the way his supporters respond to criticism and the general disdain for the messiness of civilian rule in Pakistan, a viewpoint they share with sections of the permanent state. In fact, a large part of his support base consists of retired and serving military personnel and their families, as evidenced in the strong support he has garnered in the North Punjab and Hazara regions. Conversations with friends from military families over the years show that many genuinely believe Imran Khan to be the right man for ‘cleaning up’ Pakistan’s political system once and for all. These affinities may also make the PTI more willing to engage in demagoguery and persecution.

None of this is meant to belittle the hopes of millions of Pakistanis who saw in Imran Khan a conduit for progressive social change, no matter what background they hail from. It is only to signal that the temptation for PTI to go down the path of authoritarianism in its quest for Naya Pakistan is real and the greatest responsibility to resist this temptation rests on the shoulders of Imran Khan himself. If he is somehow able to focus on his developmental promises without victimizing his political opponents and critics, Naya Pakistan will not be too different from the old and we’ll all be thankful to him for it.

The writer is a Junior Research Fellow at Wolfson College, University of Oxford. He works on the political economy of agricultural development in Pakistan