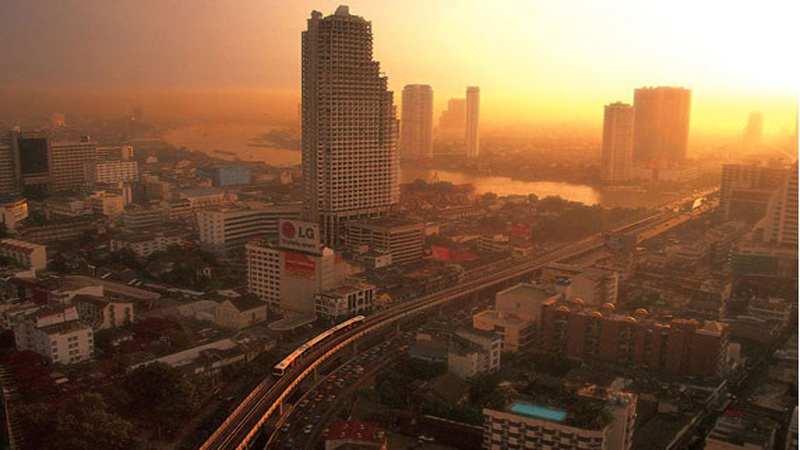 Metropolitan cites of developing and under developing countries, facing multiple hitches in improving civic facilities due to tendency in shifting of inhabitants from rural to urban areas, insufficient funding, wrong or changing priorities, diversion of budgets from one project to other projects, deputing incompetents staff on the vital projects, corruption and last but not the least high population growth rate.

According to static division Pakistan, is a fifth-most populous country with a population exceeding 212,742,631 people. Dramatic flow of people from rural to urban area have been noticed during 1950-2011, when growth rate in Urban areas expanded over sevenfold, while the total population increased by over fourfold. Between 1998-2017, the average population growth rate stood at 2.40%, resulted into rapid urbanization and emergence of megacities. Thus, during 1990-2003, Pakistan was declared as the second-most urbanized nation in South Asia with city occupants making up 36% of its population. Now, 50% of Pakistanis are residing in towns of 5,000 people or more.

Interestingly, populations growth of federal and provincial capitals, like other cities were multiplied ranging from 59% – 113.59%. Here, it is also mentionable that Lahore is the only metropolitan where, according to 1989 senses, population increased from 9,339,023 to 14,916,456 (increased 113.59%). Similarly, colossal increases of automobiles were also observed due to numerous social factors and provision of car loan facilities on cheaper rates to the people were made by the banks.

To meet the challenges, provincial government introduced metro-bus service in addition to undergoing Orange Train project that is going to be completed shortly. Although, it is the cheapest mode of transportation to general masses but did not help in reduction of vehicles plied on the roads. Moreover, local governments have also not paid timely heed to tackle the various emerging problems, those ultimately aggravated health problems, increase in pollution, traffic congestions, traffic hazards, behavioral disorder, mismanagement of time, multiplication of distances time wise. At the same time, a realization of resolving the most irritant problem of traffic congestion was there in the responsible official circles and managements of connected housing societies. Thus, they worked out roads expansion plans or construction of signal free corridors on major roads of the city.

Somehow, private sectors have also shown due interests while bringing latest trends in the development of the mega societies. In this context, special attentions are being ensured to keep the people at their ease through improved civic facilities at all cost. Management of existing or upcoming housing schemes like DHA, Fazaia Housing Scheme, Bahria Town and LDA are facilitating their inhabitants through excellent town planning, provision of requisite services and securing customers’ interests too.

In order to resolve the core issue of traffic congestion, DHA has been observed taking interest in it for which the major part of their indigenous project of 5 KMs long signal free corridor consisting of under passes and flyovers has been completed in no time.

In the recent past, government of Punjab in coordination with DHA and others connected housing societies decided to touch down the traffic issue on chocked major arteries like Canal Road, Mall Road, Jail Road, Ferozepur Road, Ravi Road, Defence Road (Ghazi Road-Ferozepur Road) and Khayaban-e-Jinnah from Walton Chowk – Lums Chowk were earmarked either for expansion or converting into signal free corridors. Out of stated projects, construction of vital portion of Ring Road, expansion of Canal Road, reconstruction of Ferozepur Road and remodeling of Jail Road were completed by the Punjab Government.

The locals have appreciated colossal efforts carried out in completion of three portions of Signal Free Corridor and also demanded to pursue government of Punjab for expansion of Defence Road (Ghazi Road).

Concluding, it is suggested that provincial government, local government, and management of housing societies should pay attentions to upgrade and improve the civic facilities, in case they are really interested in lessening the stress and make the lives of inhabitants comfortable.

The writer is a post graduated in Mass Communication and can be approached through zameer36@gmail.co