Experienced politicians like Shah Mahmood Qureshi, who is still on good terms with some of the PPP leaders, can help Imran Khan steer through this complex maze in order to achieve the targeted goals. 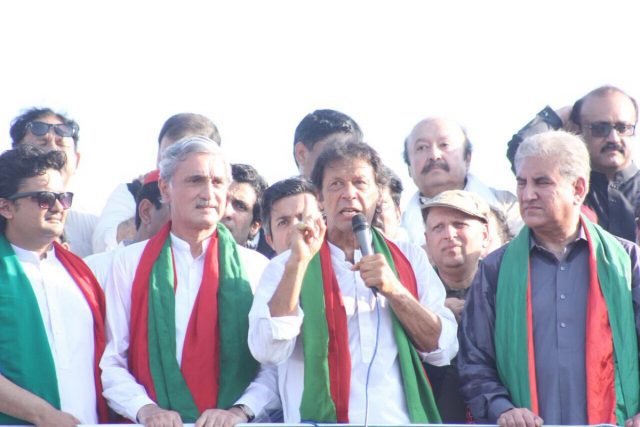 Imran Khan won the 1992 World Cup when he was in the twilight of his cricketing career and had the right team that he used efficiently and skillfully. He had the charisma to enthuse them to give their best. Imran Khan wasn’t the best batsman or the fastest bowler when Pakistan became the world champions, but his team of outstanding bowlers had two things; they were good at what they did and they knew their skipper was uncompromising in what he wanted.

Now that the country has handed him the mandate, the skipper is going to need a team he can trust, a team that can deliver, and most importantly, a team that knows how to play the game.

PTI has many important and seasoned politicians that it can use to further its unique agenda. Members like Shah Mahmood Qureshi, Umar Ayub, Shireen Mazari, Fawad Chaudhry, Arif Alvi, Shafqat Mahmood, Ghulam Sarwar and Khusro Bakhtiar to name a few can play enormously important roles in furthering that agenda.

These and many others not named here have vast experience in the nuances of the working of the government. Imran Khan doesn’t have the experience in the convoluted nature of parliamentary working. Offers are made to entice, veiled threats are made to discourage, promises are made that have to be kept for the sake of credibility and smooth working of the nuanced process of negotiation. Even Frank Underwood, despite his cunning and cool head, had to indulge in complex negotiations to achieve his goals. Imran Khan is, by no means, a cool headed man and not a cunning character either.

If the government is to be formed via a coalition, it means Imran Khan would have to listen to ideas, thoughts, and policies that would be alien to or sometimes even fly in the face of his agenda. And like it or not, Imran Khan would have to pander to them. Jahangir Tareen is on a hunting spree targeting the independents and bringing them on board, literally. His private jet is quite busy these days and he is absolutely going to need the right people who can absorb the threats, recalcitrance from other members of the parliament, and probably a never fading deep hatred for the PTI.

Experienced politicians like Shah Mahmood Qureshi, who is still on good terms with some of the PPP leaders, can help Imran Khan steer through this complex maze in order to achieve the targeted goals.

In order to make an omelette one has to break some eggs. That is how democracy functions. That is the name of the game as opposed to a dictatorship where one man decides everything without much, if any friction from any entity. No democracy can function without negotiations. However, it is noteworthy that anyone can give up on their stances, make concessions and get something in return.

The reason such experienced politicians are needed in the National Assembly is because they will help achieve those goals by offering the carrot in such a manner so as not to compromise on the broader goal and vision of the party.

Nawaz Sharif’s family was equated with the mafia Godfather, but perhaps this is where employing some Godfather tactics-of making an offer one can’t refuse-wouldn’t be bad.

A leader has vision, he sets that vision for the people and for his team, which in turn make things happen for the vision to become reality. CEOs don’t make everyday deals, don’t design promotional pamphletsa and don’t make the product. Their job is to think of the broader contours of the company and the people who would be affected by it. The managerial ladder has people whose job it is to execute policies in line with the vision of the CEO.

In the movie Heat, there is a scene where Al Pacino sets up a surveillance operation with his team targeted at Robert De Niro and his cohorts to arrest them with incriminating evidence. A team member on Pacino’s team mistakenly makes noise, which alerts Deniro who then calls off his operation. The surveillance team implores with Pacino that Deniro and his cohorts be arrested but Pacino refuses since there is not much against them that can put them behind bars for good.

He tells his man in charge, “they will walk away and you will let them”. But that doesn’t distract Pacino from his mission to finally put Deniro away, which he does in the end. And the end is what matters, the means do not. Imran Khan needs to bat with tactics.