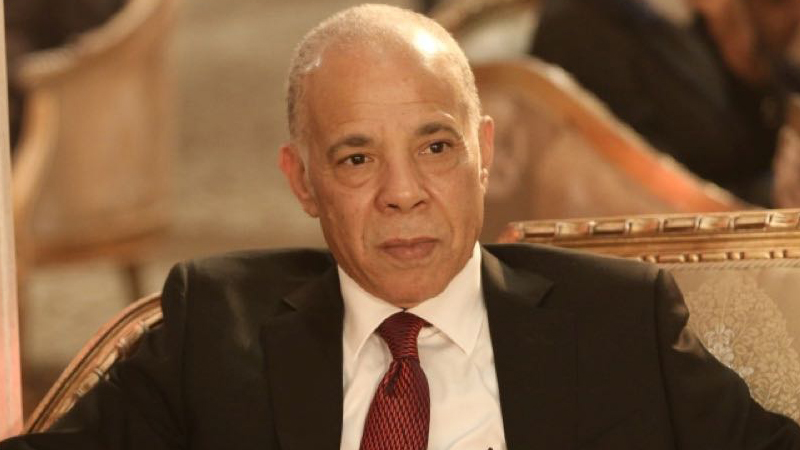 On this auspicious occasion I would like to take this opportunity to give an overview of the Moroccan political system, highlight some important aspects of Moroccan Foreign policy andthe country’s accomplishments in Macro and Micro Economics.

We have a population of approximately 33.8 Million,its geographically characterized by mountainous interior, large desert, and a lengthy coast along with the Atlantic Ocean and Mediterranean Sea.

Morocco’s predominant religion is Islam, and the official languages are Arabic and Berber. The culture is a blend of Berber, Arab, West African and European cultures. It has the fifth largest economy of Africa.It is a State with prominent regional power, and its political history exceeds 12 centuries. Morocco has a history of Independence which isdiversefrom its neighbors. Since the foundation of the first Moroccan state by Idriss I in 778 AD, the country has been ruled by a series of independent dynasties. The Alaouite Dynasty, the current ruling dynasty, seized power in 1631.

Politically, Morocco is a constitutional monarchy with an elected parliament, His Majesty TheKing is The Head of State, Supreme representative, Symbol of the Unity of Nation, Guarantor of the permanence and Supreme arbiter between institutions, for the proper functioning of the constitutional institutions. Executive power is exercised by the government, while legislative power is vested in both the government and the two chambers of parliament, the Assembly of Representatives and the Assembly of Councilors.

His Majesty the King, Mohammed VI has undertaken several steps and initiatives in various fields for advanced development and economic growth of the Kingdom of Morocco.

In the international arena, Morocco has an independent and pragmatic foreign policy initiated on the values of peace, humanity, justice and equality. Being the member of regional and international and regional organizations like the United Nations, the Arab League, the Organization of Islamic Countries, the Union for the Mediterranean and the African Union remains the significant part of its foreign policy. As a result of persistent efforts and diplomatic wisdom and despite the resistance of some states, Morocco has rejoined the continental organization after 33 years of absence.

Another important milestone that contributed to the success of its foreign diplomacy wasthe holding of Conference of the Parties – COP 22 in Marrakech, in November 2016. The Conference successfully demonstrated to the world that the implementation of the Paris Agreement is underway and the constructive spirit of multilateral cooperation on climate change continues.

On Morocco-Pakistan relations, both countries have a long-standing friendship with cooperation in many areas since the establishment of diplomatic relations in 1958. Morocco and Pakistan have always enjoy close, cordial and fraternal relations that are deeply rooted in a common Islamic heritage. Both the countries have cooperated significantly in the field of economy and culture. Our relations have been further strengthened and elevated into a more strategic level especially in the field of economy as many companies from both countries have launched various projects that led to the economic growth. On international forums, we share similar views and perceptions on various global and regional issues and we have coordinated our actions in different international forums, mainly UN bodies and the OIC.

The people-to-people relations are also very encouraging. More and more nationals from the two countries are visiting each other and enjoy the diverse culture of each one.

Before to go on, it is worth mentioning here that Ibn Battuta was the first Moroccan scholar and explorer of medieval period, who traveled to Sub- Continent (Now Pakistan) in 1333 and visited various cities of Sindh and places in Multan.

Morocco is primarily an agricultural country comprising of fertile land. The agriculture sector contributes to 19% in GDP. Morocco introduced a new agriculture strategy (Green Morocco Plan) to increase the agricultural production, rise in the per capita income and to meet new challenges Morocco is facing in competitive markets.

As a part of its strategy, Morocco has given priority to developing renewable energy and sustainable development. With abundance of solar resources Morocco offers a wide range of investment opportunities in the sector of thermal and photovoltaic solar energy.

Morocco has also undertaken a vast wind energy program to support the development of renewable energy. In this context the government initiated The Moroccan Integrated Wind Energy Project, spanning over a period of 10 years with a local investment estimated at 31.5 Billion Dirhams, which will enable the country to bring the installed capacity from 280 MW to 2000 MW in 2020.

Morocco is a tourist destination comprising of contrasting landscapes that include 3500 km of coastline, mountains and deserts along with rich and diverse culture that attract to many foreigners.

In this year, our two countries will celebrate the 60th anniversary of the establishment of diplomatic relations.

This is a testimony of our strong relations. We are organizing many political, economic and cultural events to celebrate this important milestone. I would like to take this opportunity to wish all Moroccan and friends of Morocco in Pakistana very Happy Anniversary of the Accession to the Throne of His Majesty King Mohammed VI.