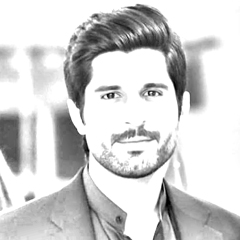 At a time when Pakistan has witnessed a successful democratic transition, a concept which is still alien and novice in Pakistan’s political climate, it is sad to read that the entire western media is following a very parochial narrative, undermining Pakistan as a democratic country

The relationship between Pakistan’s leading political party, post 2018 General elections, and the country’s ‘establishment’ — a catchphrase most commonly used to refer to the country’s military, has been making rounds for quite a while. There is little doubt that the establishment has many a times played an overwhelming and an overly exceeding role in shaping the country’s domestic affairs, going beyond the circumference of constitutional power conferred to them. However, this may not be depictive of the entire picture that has distorted the political status quo in the recent past.

While for some, the downfall of Nawaz Sharif may be the outcome of a well-structured plan enacted by the country’s military, but for others it may very well be symbolic of the country’s increasingly autonomous institutions. As a matter of fact, it was the Supreme Court (SC) of Pakistan, which established the disqualification of the former Prime Minister (PM) by operating well within its constitutional powers. This may seem uncanny for a country whose institutions have long been marred by inability to operate with much autonomy due to over politicization of offices, yet this does not eliminate the possibility that one of the country’s main institutional pillars, may have indeed managed to deliver.

Being able to stir counter narratives is a liberty, which allows many to formulate theories they best perceive of how events unravel. Some may be true, but some may also very well be fragments of one’s imagination. This fine line between the black and white, gives birth to an infinite space of grey. This is where ‘conspiracy theories’ are born. The beauty about any conspiracy theory lies in the fact that it cannot be disavowed, the very same manner in which it cannot be accepted. It therefore does leave you with room to ponder, but cannot and should not be established as the ultimate frame of reference. While denouncing a possibility may reflect ignorance, wholly accepting one may cause just as much damage, if not more.

I am not ruling out that that that Imran had help from the ‘establishment’, but publishing global headlines based on ‘what ifs’ goes to show the West has already decided to promote a negative narrative from day one

At a time when Pakistan has witnessed a successful democratic transition, a concept which is still alien and novice in Pakistan’s political climate, it is sad to read that the entire western media is following a very parochial narrative, undermining Pakistan as a democratic country and basing its news entirely on speculations. There have been no in-depth reports to substantiate the claims that are being made, nor has there been any proof to establish the accusations that are being levied. Having said so, I am not ruling out that that that Imran had help from the ‘establishment’ but publishing global headlines on ‘what ifs’ goes on to show the West has already decided to promote a negative narrative from day one, portraying Pakistan as an institutionally undemocratic state, and further subverting the country’s image and stance in the global arena.

Nothing has been quoted from Imran Khan’s initial address, and what he has vowed to deliver, but merely what the western media ‘assumes’ he will do. How much more biased can things get? The entire picture has been painted with a single brush, and a plot has been created which is based on the presumptuous.

Such fictitious content goes on to show how unaware the world’s leading news bureaus are of the ground realities that exist in other parts of the world. Is it not very much possible that the country can rightly overthrow a party whose leader was ousted for his role in massive corruption scandals. Is accountability not the very core and mainstay of democracy? And if the people of this country have been able to act on these very fundamentals, why is it this hard to fathom?

But what if the western media is indeed aware, but are choosing to craft their own narrative, a so called ‘factual’ expression to shape the mentality of readers worldwide. In simpler words, they are spewing propaganda. This would be similar to how Pakistan’s military has had an avid past of meddling in the country’s political sphere, it can also not be denied that the Western media has influenced the world into believing half-baked narratives, whether that may be portraying Vladimir Putin as the mother of all evils, overthrowing Mohammad Morsi, or declaring Saddam Hussain’s imaginary Weapons of Mass Destruction. Pakistan, despite being a third world country, has always been an important geo-political player in the global arena. It was the buffer against the Soviet invasion, then one of the frontline runners in the War on Terror, and besides, being a nuclear power constitutes enough stake for the world to be highly vested in its political affairs. However, we will not entertain this idea. Let’s get back to the facts.

Parties crying foul to the results of election is not much of an anomaly. We have witnessed this before, and no doubt we’ll witness it again. As citizens of Pakistan, I feel it is important for us to accept the mandate, rally behind the new government, and hope for a better future. The truth is that Pakistan has rightly witnessed a successful transition from one government to the other, and the call of the day is to trust the country’s institutions and support those who have been levied with the duty to steer the country in to the next day.

I truly hope that both domestic and international media can employ enough maturity to form their analysis, and even be critical of the policies that are implemented, based on what and how Imran Khan led government enacts in the days to come. 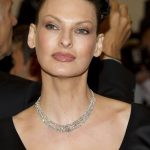 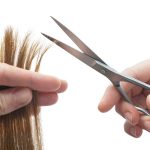 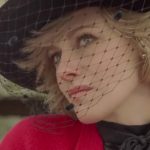 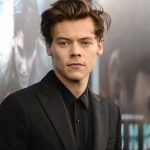 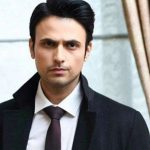