Highlights from Being Pakistani book launch 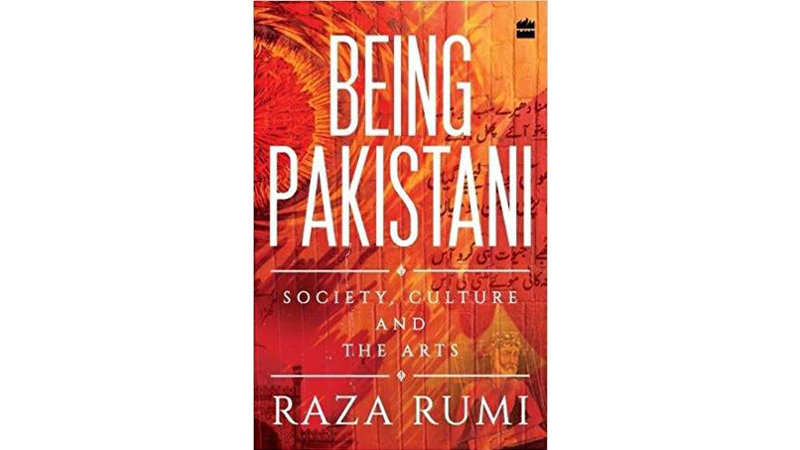 It was a delight to meet with Raza Ahmad Rumi at the Sattar Buksh cafe here in Islamabad. The occasion was the launching ceremony of Rumi’s book titled Being Pakistani. As soon as I arrived, he welcomed me very cordially and commented sweetly on my writings. Very decent, a true intellectual, and a focused man indeed. He was kind enough to sign my copy and even took a picture with me.

It is the crowd, which showed up there that totally blew my mind. I have spent about nine years in America and have experienced many layers of the American society. However, I must confess I haven’t seen anyone who can claim to be more American than these people at the ceremony. I saw people arriving in groups and they all found a seat they could land on. There was no mingling among the people though; they all sat in solitary confinement style. All I could hear was English language spoken all around. For a moment, I thought I was in Houston. So much so that a lady sneezed and I almost said bless you! Thank God I didn’t because I instantly remembered I was wearing shalwar kameez and charsadda chappal. I was the odd man out.

One quite intelligent sounding lady was one of the panelists. From the start till the end her entire focus was to criticise the Pakistan Army and lament the Zia coup and how blank op-ed pages used to appear in a national newspaper because freedom of expression was severely restricted under Zia. At times, she wouldn’t even let Rumi finish his sentence. I think that was also caused by Zia or Bajwa. You never know nowadays.

Liberals in Pakistan need to realise that Liberalism means free expression rights equally for those nefarious individuals that we dislike, otherwise liberals’ love for those rights is based in mere rhetoric and only for the likes of them

She along with many others, was lamenting the military engineering of the election. They were deeply upset by the election campaigns of the people that the US and India hate. They expressed deep regret over this issue. If the US hates certain individuals then allowing them to do the things the US doesn’t like them to do is a deeply regrettable fact. It instantly reminded me of feudal societies. The tenants have deeply internalised this concept that their well being is in the well being of their feudal lord. If the feudal lord is happy and prosperous then consequently they would be kept fed and sheltered. That is just how feudalism works.

If the poor tenants’ children become educated and have “funny” thoughts about freedom and financial independence, the parents criticise them and go to horrible lengths to quiet them down. Liberals here in Pakistan are no different than those parents. Their mentality can be summed up as this: dress up in a vulgar way, we are free because we say so, talk in English, take coffee instead of tea (which makes sense since our lord is America now instead of England), eat with left hand, and more importantly, how can we not hate the people the US and India hate? When will we learn from our past mistakes that not hating these men cost us so dearly?

These people appear unable to cross this threshold of slave mindset and ask a simple question: why is my hate manufactured? A free thinking person, liberal or conservative, would argue to be allowed to hate or love someone with their own free will. Let us hate or love people ourselves, with our own reasons instead of the reasons made in Washington DC or New Delhi. Liberals in Pakistan need to realise that Liberalism doesn’t just mean free expression rights. It rather means free expression rights equally for those nefarious individuals that we dislike, otherwise liberals’ love for those rights is based in mere rhetoric and only for the likes of them. Accepting the same rights for likeminded people and criticising when opponents have them is textbook hypocrisy. Furthermore, liberalism doesn’t just mean advocacy for women rights and having an anti-establishment view. It also includes not throwing profanity at one’s driver and maid. A well known anchor person who is known for dressing up in a vulgar way was fired by her TV channel because she tortured her maid. Does liberalism allow for that? Do these liberals believe in the rights of their maids? 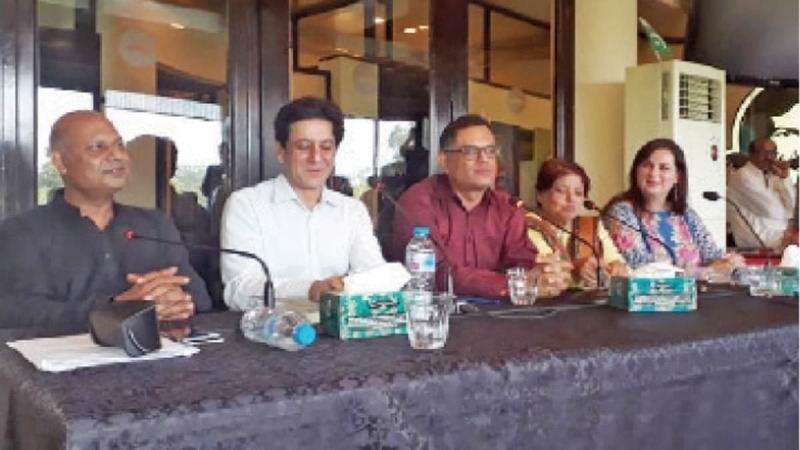 Many journalists claim, without proof, that the wishes of Pakistan Army and Pakistan-Tehreek-Insaf (PTI) are the same and that Imran Khan is the blue eyed boy of the establishment. They also claim that a level playing field is not accorded to Pakistan Muslim League Nawaz (PMLN) and Pakistan People’s Party (PPP).

Their claims are rooted in two things: In Pashto there is a saying “khpala chaara warta pa obo ke khkari.” Its literal translation is “they can see their knife in the water.” It means they are cognisant of their inability to win. The second is that they cite the similarity in the views and policies of PTI and the army. Fair enough, if that is the standard then let us put the anti-PTI lot to the same test. The entities that hate the PTI and the ISI are the following: PML (N), PPP, self proclaimed liberals, US government and India. Are they all in bed too? Either their test is right, which would possibly make them traitors or the PTI is clean. They can’t have it both ways.