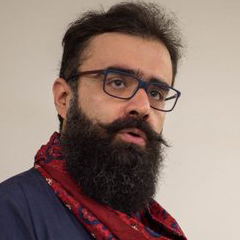 Other than the increase in the state’s operational capacity, the lack of any external pressure is also a factor enabling the Pakistani state to act in a blatantly fascist manner

The Pakistani state has always aspired to be an effective authoritarian state. It may now go even further and become an efficient fascist state. Here is why I think it might happen.

Since the 1980s, there has been — to use Arif Hasan’s phrase — ‘an unplanned revolution’ resulting in massive level of urbanisation, or ‘urban-mindedness’, in Pakistan. The newly urbanised, upwardly mobile, professional, middle classes in Pakistan have not only increased in numbers, they seem to conform to similar ideas about a rabid hatred for liberal democracy and rights-based politics, and strong avowal of an almost militaristic notion of nationalism. It is on the strength of this new middle class that the edifice of an efficient fascist state is being erected.

Thanks to this professional middle class, the Pakistani state has become more techno-savvy since the late 1990s. With the advent of new technologies, for instance, a more sophisticated system for registering nationals was introduced via the National Database and Registration Authority (NADRA). This, in turn,helped undertake the world’s largest biometric registration exercise whereby millions of mobile sims were registered. The net result is that it is now much easier to track the movements of citizens or tap into their personal records.

During the war on terror, the military was the recipient of arms supplies which further enhanced its operational capacity, especially to engage in guerrilla warfare, urban or otherwise. As part of the strategy, civilian institution building was also carried out and sophisticated gadgetry was shared to strengthen such institutions as the Federal Investigation Agency (FIA), especially its cybercrime wing, and the Intelligence Bureau (IB). The strengthening of civilian institutions has, however, further reinforced the influence of Pakistan’s establishment rather than undermining it. It has not been ruling Pakistan directly ever since Pervez Musharraf was ousted from power in 2008. But it continues to dominate using civilian institutions as its extension.

For example, in the recent past, the FIA has been used to summon bloggers and cyber activists critical of the establishment’s policies in the region and its influence in Pakistani politics. They were threatened with legal prosecution under the draconian provisions of the cybercrime bill which was, ironically, passed by the elected government of former prime minister, Nawaz Sharif, despite serious concerns voiced by digital rights activists. In hindsight, those who get summoned by the FIA are lucky, as there are numerous others who have simply been picked up by ‘unidentified men’ in broad daylight and have been missing for months. The most important civilian institution, however, to emerge in the last six months is the National Accountability Bureau (NAB). It has made STASI-like raids to hound up individuals seen as impediments in any way to the larger, grand plans of political engineering by the establishment.

Other than the increase in the state’s operational capacity, the lack of any external pressure is also a factor enabling the Pakistani state to act in a blatantly fascist manner. Previously, Pakistan was largely dependent on US military hardware and financial support. Despite the upheavals in Pak-US relations — from close allies during the Afghan Jihad in the 1908s to the era of sanctions in the 1990s, and back to close cooperation during 2000s — the factor of US as a global superpower has always been a major concern for any strategic calculations taken by the state.

This no longer seems to be the case. Pakistan has inched even closer to China in the last decade. Through the much trumpeted China-Pakistan Economic Corridor (CPEC), China is more involved, and interested, in Pakistan’s internal affairs than ever before. Prior to that, it could be said, Pakistan was a country to which China had outsourced its military rivalry with India. Now that China has sizeable investments in Pakistan, and with the operationalising of the Gwadar port and its link with Chinese hinterland, China’s role in Pakistan’s internal affairs has become critical. A recent example is a USD one billion loan given by China to stabilise Pakistan’s forex reserves and help tackle its ticking debt crisis.

Another reason for China’s growing involvement is the perception that US is no longer a global power, or at least not the only/leading global power. That China has, at least to an extent, replaced it. US actions of late seemed to have confirmed this perception. Thanks to Donald Trump’s buffoonery, US has been unable to flex its muscles to influence Pakistan. Dealing with Pakistan always required a certain degree of discreet manoeuvring rather than an overt use of force.

During the war on terror, the establishment was the recipient of arms supplies which further enhanced its operational capacity, especially to engage in guerrilla warfare, urban or otherwise

Such diplomatic eloquence is clearly lost on the Trump administration and, with that, the extent of US influence on Pakistan. The European Union’s leverage seems to be limited to extension or denial of GSP plus status to Pakistan which adds a certain amount to Pakistan’s textile exports. The influence of US and EU, for all its selfish, strategically expedient purposes, at least had some quantum of respect for rights-based politics. It did offer checks on Pakistani state’s dealing with human rights organisations and political movements fighting for their rights. Now that this influence too is gone, there is no reason for Pakistani state to show any restraint. It’s now the Chinese model of ‘governance’ and development that is being pursued. One must hasten to add that this may not be just a Pakistan thing, it is happening globally — especially in the broader region. The rise of Modi’s India and Erdogan’s Turkey are the best examples of countries switching from a democratic polity to an increasingly fascist, neo-liberal model of governance and development.

Pakistan has been under four martial rules, but what is being experienced now, when apparently there is no military rule, is unprecedented. In the past, the public perception was that that the press and the judiciary were not free — especially under martial law. Censorship was more blatant and visible. Newspapers would simply blackout front-page lead stories under pressure. Since the early 2000s, numerous private channels have been allowed to operate, replacing the monopoly of the state-owned Pakistan Television (PTV). Since they are privately run, it creates the illusion that they are free of government control. In practice, however, any media group which has tried to adopt an independent line has been targeted. The best examples are Jang/Geo (the country’s largest media group) and, more recently, Dawn (the country’s oldest media group).

The strategy is simple. Previously, the state’s coercive apparatus worked by cancelling licenses, holding back government advertisements, or simply reducing quotas for newsprint. Now, the cable operators receive ‘anonymous’ phone calls to take channels off air. Channels are even told not to invite certain analysts or politicians to their talk shows. Only those who are more pliant are invited to ensure ‘fairness’ in terms of representation of political views while managing the content of the debate. Those who refuse are told that, in a country where street crimes are an everyday routine and people die in road accidents, anything can happen to them.

Similarly,an illusion of judicial freedom has also been created. In the aftermath of Pervez Musharraf’s attempt to dismiss the then chief justice, Iftikhar Chaudhry, a popular movement started to restore him. The Lawyers’ Movement, as it was called, eventually resulted in the restoration of Justice Chaudhry and his colleagues who had either resigned in solidarity or were later deposed by Musharraf using emergency powers. Since then, the perception is that the judiciary is free, and it no longer buckles under pressure.

An efficient Pakistani state with fascist tendencies has arrived on the scene with the capacity as well as the will to pursue its ideology. Things are going to be scary for Pakistanis in the foreseeable future—really scary.

The writer is a historian based in Lahore. He tweets @AU_Qasmi