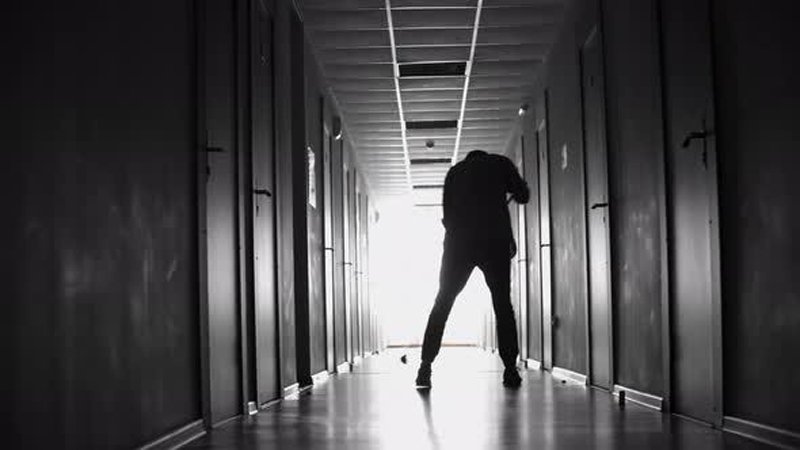 Two men in charcoal coloured pinstripe suits rocked a body in the space between them. They carried it the way you would a baby; carefully. They cupped its arms in their hands as if pain and comfort were still relevant considerations. The two men shuffled along the dimly lit hall of house no 20, located on Fre Street in the city’s outskirts.

It was a rather narrow hallway for three people to pass through comfortably, even with one of them being carried. Both men had their backs brushing against the wood panelling and occasionally, a painting or two would topple down upon contact. They were sincerely apologetic, mumbling all kinds of consolations to themselves and the owner of the paintings who they assumed was waiting for them in a room down the hall. They had slowed down their pace significantly to prolong their meeting with the owner even though the body was now getting weightier and increasingly difficult to handle. The deliberation of the delay was understandable given the nature of the owner who had a flair for the more disturbing things in life. The two men were just there to make the delivery but their boss had seemed afraid of the war that he had decided to pick with the ravenous woman on this side of town. She was always hungry for a fight; she thrived best in conflict and wasn’t afraid to burn if that was what was needed to take her opponent down.

When they reached the door at the end of the hall, they noticed a warm glow exuding from its perimeter. The effect was surreal; it flooded them with a strange sense of familiarity, as if the reality of what stood behind the door was of no consequence. The glow brightened and dimmed as if it were trapped in a time loop. The two men exchanged reassuring glances before one of them reached out to rap at the door. It was unclear which one them had performed the action; they were almost identical, even mirroring each other’s body movements from time to time.

The door opened just a notch, you could catch the shaft of light coming out from the width of an inch. One of them dared to peek inside and found that the room was empty save for the light that seemed to be occupying it entirely. He could not make out any shape or form so he looked at his partner and shrugged in confusion. This gave the two men a little bit of confidence, perhaps, they could simply lay the body in the room and walk out unnoticed. Perhaps, their audience with the owner was meant for some other time.

They hoped; something most men do when faced with the inevitability of their doom. They were just the delivery boys, surely she knew that.

They placed the body on the terracotta carpet in the drawing room, lowering it with exceptional ease. They were not troubled by the fact that they had bloodied the carpet nor that the body in question was in bad shape. It had stopped mattering to them. The two men exchanged looks because they were both surprised at the sudden change in their thought process. They were relieved to say the least. One of them crouched down on the floor to pick up a drop of blood dripping from the sides of the mouth of the body. He smeared it across the body’s forehead, marking a line of finality. This had not been part of the plan but the ill-mannered gesture made him chuckle with pleasure. Encouraged by his peer’s sudden act of free will, the other man loosened his mustard coloured tie and crouched down besides the body as well. He inched in closer and whispered sorry before grabbing the neck with both hands and strangling whatever life was left in side. The body made a gurgling sound before spewing out a stream of blood from the mouth. The second man bent down to lick the freshly pooled blood from the carpet in a hungry manner before retrieving a handkerchief from his shirt pocket and wiping his mouth clean. The first man mimicked his movements and used his identical handkerchief to clean the blood from his finger as well. 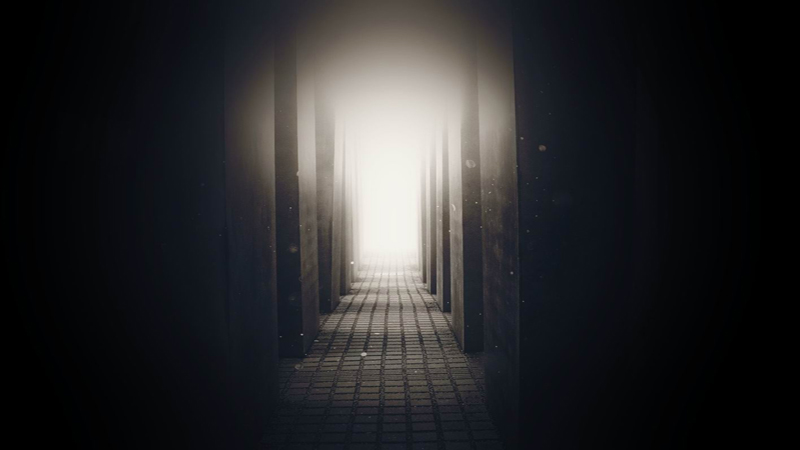 Once they were both satisfied with their appearance, they exited the room, shutting the door behind them abruptly. The light that had previously been escaping from the room was absent. The delivery boys came out of the room with a different kind of hunger that was insatiable. They were unable to comprehend its source or measure it, but they felt a strange pull towards one another. They both looked at each other briefly, turning their bodies to face each other and in a moment of pure hunger began to eat their hands. Their teeth were sharper than before and cut into the flesh with ease. The pain was over powered by the numbing sensation inside their heads and so they ate away, first at themselves and then at each other. In the end, all that remained of the delivery boys were a pair of jaws snapping at each other, bits of pinstripe cloth and a handkerchief each smeared with a bloodstain or two.

The janitor, Mr Phipps, appeared with his bucket of water sloshing about the dark passage of the hallway, he grumbled as he passed the frames that had fallen off of the walls and on to the floor. He was an aged man and when he bent down to pick them up, his knees cracked but he knew the owner would be upset if he didn’t pick up the mess. He wasn’t particularly neat and just popped them back in place, caring little for their alignment. When he reached the end of the hallway, he found a pair of jaws each, still biting without a face or body, looking for something to devour. The janitor placed his military boot on top of one, forcing it to close, and then crushed it. Bloody delivery boys, he thought.