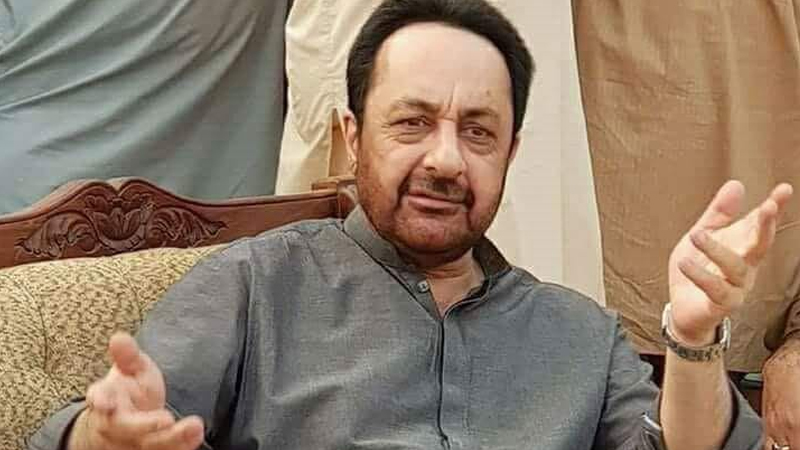 ISLAMABAD: Baloch politician Gazain Marri was released on Thursday from his seven days long house arrest after the order by the Balochistan High Court. The order came as the court disposed of the petition filed by Ms. Shehrazad Marri, wife of Nawabzada Gazain Khan Marri, under article 199 of the constitution.

During the hearing the bench asked the respondents why Ms. Marri had to file two petitions within a span of one week under the same relief. Responding to which, the Deputy Commissioner Kohlu placed a letter on record, written by his office to the Commandant Maiwand Rifles, FC Kohlu. As per the letter, that there was no detention ordered for Mr. Marri. Rather, it was “meant for provision of security” to Mr. Marri and as such, any earlier communication “should not be construed as detention orders”.

However, responding to the first petition filed by Ms. Shahrazad Marri on 11th July, the Secretary Home & Tribal Affairs had categorically told the bench that Mr. Marri was completely free and was not under any kind of detention or custody. None of the respondents could answer why the FC had put Mr. Marri under detention and was not allowing him to run his election campaign or meet with people including his immediate family and friends.

The Secretary Home & Tribal Affairs reported to the court that he had been trying to contact IGFC, but he was not available ‘due to his preoccupations’, and that he had been able to reach Brigadier Zahid, DIG FC Balochistan to inform that all the restrictions placed on the movement of Mr. Marri should be immediately removed and it should be made sure that no further restrictions are placed on him or his visitors in coming days ahead of the general elections.

The court order, a copy of which is available with DT, strongly supported Mr. Marri’s right to free movement under article 15 of the constitution of the Islamic Republic of Pakistan 1973. Nevertheless, the order reads, Mr. Marri should be provided security as per the provisions of the Divisional Threat Assessment Committee (DTAC). The DTACs were formed in every division of Balochistan earlier this month under an expansive security plan drawn by the Balochistan government in order to ensure the peaceful holding of the general elections 2018. These committees are chaired by the Deputy Commissioners in each division and comprise the divisional heads of all intelligence agencies.

Talking separately to Daily Times, Ms. Shehrazad Gazain Marri and Arbab Tahir Kansi, the legal counsel of Mr. Marri confirmed that the FC soldiers that had been deployed all around the house where Mr. Marri had been detained for last seven days, had left immediately after the High Court’s order earlier in the day.