ZTE ready to recapture IT market as US lifts ban 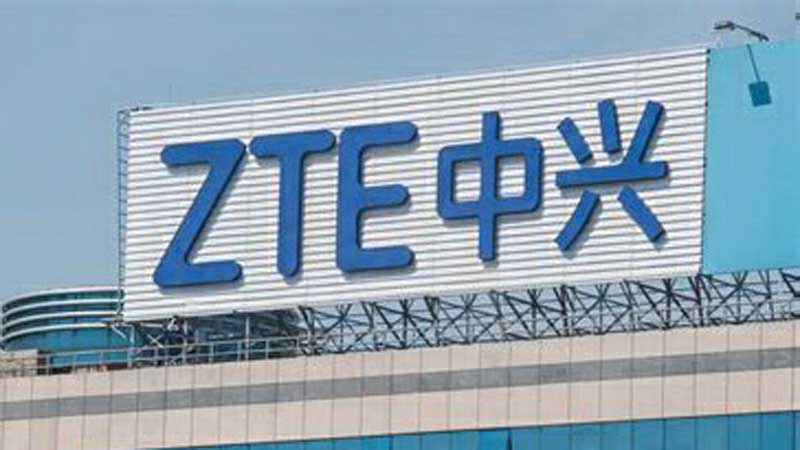 ISLAMABAD: In a major development, the United States has lifted its trade ban on China’s telecom giant, ZTE, making way for the company to once again commence trade with American companies after three months of being unable to do so.

“Secretary of Commerce Wilbur Ross announced that Zhongxing Telecommunications Equipment Corporation of Shenzhen, China (“ZTE Corporation”) and ZTE Kangxun Telecommunications Ltd. of Hi-New Shenzhen, China (“ZTE Kangxun”) (collectively, “ZTE”) has placed $400 million in escrow at a U.S. bank. Shortly after the deposit, the Department lifted the denial order on ZTE pursuant to a June settlement agreement that included the harshest penalties and strictest compliance measures ever imposed in such a case. The escrow funds are in addition to the $1 billion penalty imposed by Commerce that ZTE paid to the U.S. Treasury last month,” said an announcement made by the Commerce Department of United States of America.

The U.S. Department of Commerce and the ZTE Company reached an agreement on the settlement and further steps required to terminate the Order, including payment of penalties pursuant to the agreement. The company has taken the required steps, and BIS terminated the Order, effective July 13, 2018.

The lifting of ban would allow the Chinese telecom giant to recommence its suspended business with the US companies, resuming participating in new transactions involving items subject to the EAR globally.

The ZTE has been back in business and its product line has been recovered. Shipments of domestic and overseas purchase order of the company have been recovered. IT system got recovered and verified. With the restoration of supply, ZTE’s global network maintenance and project delivery are begun successively. Meanwhile, ZTE received lots of supporting letters from customers and partners.

In order to embed compliance into every link of daily work, the ZTE intensifies internal control and continues on improving compliance system.

ZTE’s core competitiveness is not affected. ZTE keeps its core capability, especially the stable backbone R&D team. 5G capability is still being promoted. Customer was steady and confident of ZTE. Supplier was steady and supported ZTE.

ZTE is one of the two companies who can provide 5G end-to-end solution. In the coming 5G era, ZTE is indispensable for the whole industry.

ZTE is leading 5G commercial process, performance and scope in the industry. ZTE has leading 5G in three areas. The first is leading 5G commercial time. ZTE deployed 5G core technology on current 4G network. So ZTE will have first-mover advantage when the 5G era comes. The second is performance. ZTE has advantage in core arithmetic. ZTE achieved arithmetic optimization on 4G network which will keep the advantage in performance when 5G end users explore. The third is scope. As China 5G market with the most investment all over the world, ZTE relies on China market holding scope advantage in global market.

The ban on ZTE was lifted after the matter was raised at the senior level between the governments of China and United States. US President Trump took up ZTE’s cause, saying too many jobs in China would be lost, and instructed the Commerce Department to work out a deal that would lift the ban.

Under the agreement, ZTE would retain a compliance team, chosen by and answering to the US, for a decade. The department said the deal enacted the most “stringent compliance measures” it had ever issued.

Under the agreement, the ZTE has now changed its board, paid the fine, and put the money in escrow. In early July, the Commerce Department began lifting portions of the ban so that ZTE could resume basic activities like issuing security updates. Now, the company should be able to get fully up and running again.

The purpose of this settlement is to modify ZTE’s behavior while setting a new precedent for monitoring to assure compliance with U.S. law. In addition to monetary penalties, ZTE had agreed to a seven-year suspended denial of export privileges, which could be activated if any aspect of the agreement was not met and/or if the company committed additional violations of the Export Administration Regulations.

The Commerce Department’s BIS is the principal agency involved in the implementation and enforcement of export controls for commercial technologies and many military items. The BIS Office of Export Enforcement detects, prevents, investigates and assists in the sanctioning of illegal exports of such items.