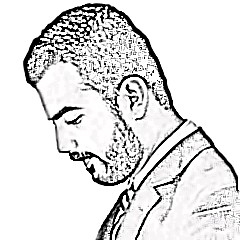 For the undecided voter

To vote or not to vote is the question many Pakistani’s are asking themselves today. With mere days left until the upcoming elections, a large segment of society finds itself sitting on the fence. According to a recent Gallup poll, a staggering 20 percent of the voters remain undecided or don’t intend to vote. These swing voters hold immense influence over which way the results of the ballots will sway.

The question here is not just limited to whether these undecided individuals should vote or not, but extends to whom their vote should go to. Let us try and dissect the dilemma of those sitting at the periphery wondering who they should support.

Among this group are those who were waiting for the Avenfeild reference to unfold, others were waiting to be coerced by forces unknown. One thing is clear, a large chunk of the undecided voter is having a hard time identifying with the two major political blocs that have emerged, the PML-N and the PTI; reasons for which are quite apparent. Among a symphony of contradictions the leaders of the two blocs continue to peddle disconcerting narratives leaving the undecided voter even more confused.

The Pakistan Muslim League-Nawaz’s (PML-N) campaign is largely based on past performance and the sanctity of the vote. This has now been marred by the convictions of former Premier Nawaz Sharif and his heir apparent, Maryam Nawaz. The PML-N leadership would have us believe they have befallen a grand conspiracy hatched by ‘khalai makhlooq’. However, the foundation of this conspiracy was laid down by the Sharif’s themselves; when in May 2016, Sharif stood on the floor of parliament, and attributed the purchase of his London flats to money gotten from properties sold by the family decades ago. What followed was a two year long trial in the media glare that ended in the inability of the Sharif’s to provide a legitimate money trail.

A new generation of brave, intelligent and educated political candidates has come to the forefront. They bring with them a glimmer of optimism and concrete solutions to the longstanding problems of the country

The Sharif’s continue to point fingers at the establishment, the same establishment which propped up and elevated them during their numerous stints in power. So how does one decide whether their self-declared war with the powers that be is genuine, or a farce? Conspiracy or not, we will never know, but one thing is certain, the Sharif’s and their party no longer enjoy the good graces of the omnipresent establishment.

The Pakistan Tehreek-i-Insaf (PTI) was created in the name of justice and equality, and came to the national scene as a harbinger for change in 2013. Led by the cricketer Imran Khan, many thought the PTI would provide a viable third option for the political landscape of Pakistan, especially, the educated middle class. Five years on, the PTI now houses more electables and turncoats than ideologues and founders of the party. The PTI has taken upon itself to lead the selective crusade against corruption, directed towards the PML-N, aided by the unknown and the unseen. They may have won the battle by getting Nawaz and Maryam convicted, but in doing so, have lost the war, and diluted the very fabric of their party.

Furthermore, Khan’s inability to make concrete judgements has earned him the title of ‘Mr. U-turn’. From nominating the caretaker PM to awarding party tickets, the PTI has come across as juvenile at best. Khan’s insatiable appetite for power can be seen in his efforts to appease the right-wing hardliners. It was hoped that the PTI would play a constructive role in bringing the people of Pakistan together; instead they have become the agents of divisiveness and polarisation. Why then should the undecided voter entrust the PTI with the fate and future of the country?

A third option amongst the mainstream political contenders is the Pakistan People’s Party (PPP). Led by the young Bilawal Bhutto Zardari, the PPP has come forward with the most comprehensive, inclusive and pro-poor manifesto. However, they have no legs to stand on based on their performance not only in Sindh but also during their tenure at the centre from 2008 to 2013. Bilawal alone cannot set out to implement that which his party has put down on paper. He continues to impress with his demeanour and political maturity, however, one cannot ignore the structural and systemic issues the PPP is rife with today.

In this bleak backdrop, who then, do we look towards for deliverance? For all the undecided voters, there may be hope still. A new generation of brave, intelligent and educated political candidates has come to the forefront. They bring with them a glimmer of optimism and concrete solutions to the longstanding problems of the country.

Among them are people like Jibran Nasir; a lawyer by profession, a rights activist by choice and now an independent candidate for the provincial assembly from constituency PS-11. Jibran, a staunch proponent for justice and equality has not only talked the talk but also walks the walk. He has actively pursued causes in which the strong have tried to silence the weak. He speaks on plurality, inclusivity and freedom of association. His campaign slogan; ‘hum mein se aik’ represents his affiliation to the common man.

There is also the Awami Workers Party (AWP) that speaks of socio-economic justice, gender equality, secularism and the uplift of the downtrodden and marginalised segments of society. They have fielded progressive intellectuals like Ammar Rashid and Ismat Shahjehan to contest from NA-53 and NA-54 respectively. They stand for free education and healthcare, and the elimination of discrimination on the basis of religion among other things.

It is now up to us, the people on the fence, to seek out people like Jibran, Ammar and Ismat. To find those candidates in our constituencies whose values, ideals and deeds are not only limited to a written manifesto but also resonate in their actions and the kind of lives they live. Come Election Day, let us get out and vote, and fulfil our duty to Pakistan!

The writer works for an International think tank in Islamabad. He can be contacted at fawadhaider205@gmail.com. He Tweets at @faduhaider